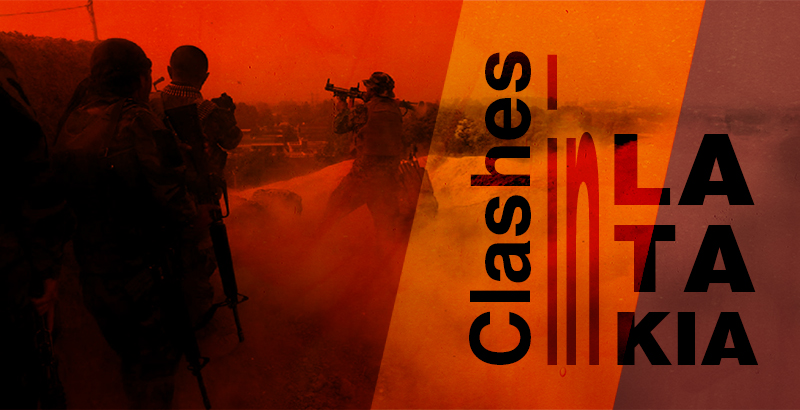 The pro-government forces supported by Russian warplanes continued their operations against terrorist groups in the Lattakia province near the border with the neighboring province of Idlib. Reports said Al-Nusra militants sustained heavy casualties in cliashes with the SAA and the NDF in the outskirts of Kabani on April 26. Up to 45 militants were killed and injured.

In Damascus, the loyalist forces liberated from ISIS militants the Badr Brigade Base near the Dumayr Military Airport. The operation was a part of the ongoing efforts to secure the area of the Syrian capital.

The Russian warplanes conducted air raids against the militant positions near the villages of al-Mansoureh and Khan al-Assal in the Western part of the province of Aleppo. The Russian Air Force also targeted terrorists near the hilltop town of Tal al-Eis. The Syrian Arab Air Force conducted raids against the terrorist positions at the Western outskirts of the Aleppo city including Rashedeen 4.

ISIS seized 5 villages from the the Free Syrian Army and Jabhat Al-Shamiya militants in Northern Aleppo: Tahmoul, Jariz Kafrah, Fayruziyah, Tilal Al-Hussein and Dudiyan. Thus, the ISIS forces are successfully advancing in the direction of Azaz.

We remember, the tensions between ISIS and other militants escalated in Northern Syria after the FSA and its allies violated the ceasefire with the group in an unsuccessful attempt to expand the influence in the border region.

According to the Russian Defense Ministry, militants of the al-Nusra Front terrorist group keep on arriving in the north-eastern regions of the Syrian province of Latakia from the territory of Turkey.

Russian Centre for reconciliation in cooperation with the Syrian government provided humanitarian aid to civilians, which had been evacuated from the Idlib province to the city of Latakia. Refugees have received about 2 tons of humanitarian cargos. Specialists of the UN and Red Crescent supported by Syrian leadership have delivered humanitarian convoy to al-Rastan in the province of Homs.