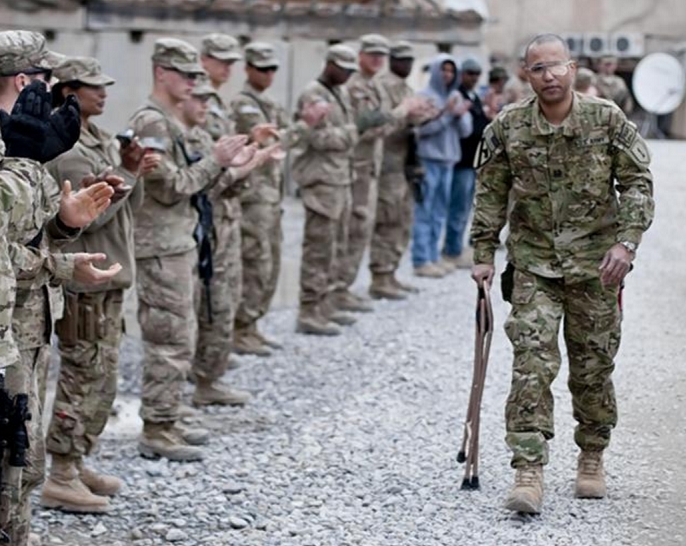 Iowa is killing younger vets through admissions policies at the Iowa Veterans Home in Marshalltown, and what they are doing may be illegal under federal law” says Bob Krause, president of the Veterans National Recovery Center (VNRC), a veterans advocacy  and education charity based in Fairfield, Iowa.

What they found is a bias against admitting younger veterans to the Home.

“The margin of error, what we use to determine accuracy, is about 3 one-thousandths of one percent,” States Krause.

This is important because, unlike the impression that the Iowa Veterans Home is a home for the elderly, it is also a place for younger soldiers from the post 9-11 wars that have significant injuries such as PTSD, Traumatic Brain Injury and Military Sexual Trauma.

“These war created conditions can be physiological and irreversible in some cases,” said Krause. If the family can’t support the veteran, or if they are not taken for residential care by the Iowa Veterans Home, these veterans may be candidates for the street or suicide.”

He points to three vet suicides that occurred in 2011. Then, the Iowa Veterans Home released 42 resident veterans under a rule change.  “Two of the dead were vets with PTSD and one was a victim of Military Sexual Trauma. Three out of the 42 committed suicide within weeks of release. No legally required follow-up has ever been done on the rest. At this time, five years after the fact, it may be impossible to find most of them,” stated Krause.

“This is why we say that the Iowa Veterans Home is killing veterans with its admissions policies,” states Krause.  He concludes with citing the Federal Age Discrimination Act of 1975. It outlaws age discrimination in any federally funded program.

Pursuant to regulations prescribed under section 6103 of this title, and except as provided by section 6103(b) of this title and section 6103(c) of this title, no person in the United States shall, on the basis of age, be excluded from participation, in be denied the benefits of, or be subjected to discrimination under, any program or activity receiving Federal financial assistance.