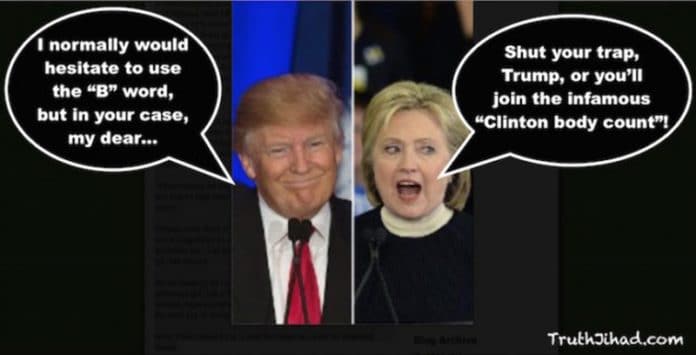 Though Bernie Sanders crushed Hillary Clinton in Washington, Alaska, and Hawaii, with 73%, 82%, and 71% of the vote, respectively, his loss (due to election fraud?) in New York has made his campaign a real long shot. Today’s guest Musa al-Gharbi says that’s bad news for Democrats, because Hillary has exactly zero chance of winning a general election against Trump, while Bernie at least has a chance.

Al-Gharbi explains why in his article “Hillary Clinton Will Lose to Donald Trump“:

Perhaps even more important is that Hillary has such high negatives, and is plagued by so many scandals, that Trump’s attacks will annihilate her … at least if she hasn’t gone to prison by the time next fall rolls around.

Bernie Sanders, by contrast, is as squeaky-clean as American politicians get, has a lovable underdog, grandfatherly manner that defuses negative campaigning, and has the populist appeal to take the wind out of Trump’s sails.

What it boils down to is, a vote for Hillary is a vote for President Trump.