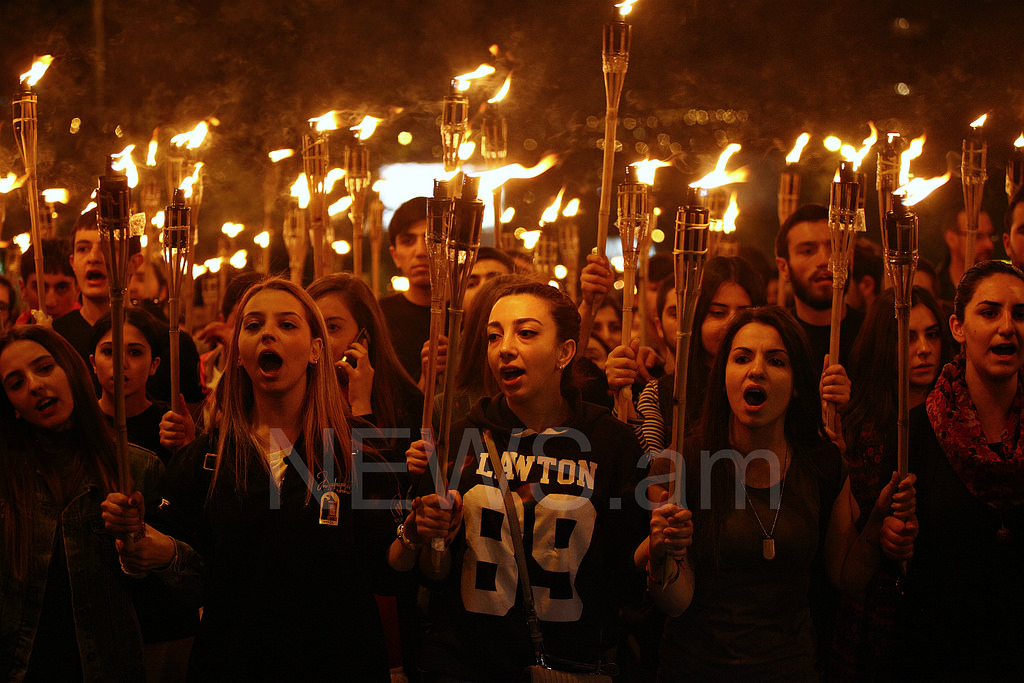 [ Editor’s note: Alla made it to Nagorno-Karabakh in time for the anniversary, coming in through Yerevan, the capital of Armenia, and the over the mountains into the conflict zone to get some first hand impressions of the people there on the current fighting and its auspicious timing.

Someone chose this time to begin the new fighting. No official peacekeepers were between the two sides, so we have the expected counter claims with no reliable third party input. But we know that Armenia had zero motivation and nothing to gain by starting a fight.

Fortunately Moscow had influence in both camps and was able to prevent a major escalation, at this time. Neither side can really afford a war. Only Turkey was found to be egging on one side over the other, Azerbaijan.

We will be hearing more from Alla after she wraps up her trip, and with good fortune we hope she will be able to stay in touch with newly made friends there, so we can get continued updates without the Western media filters. We thank Alla for her initiative in being able to do this. There is no substitute for boots on the ground in a conflict zone… Jim W. Dean ]

Today the people of Armenia paid tribute to the fallen Armenian victims during the dark days of the Genocide.

Having made it to Stepanakert, the capital of Nagorno-Karabakh in time, I saw firsthand how the city residents carried flowers to the memorial of the victims of genocide. There were old and young people, families, groups and single people.

Some of them held children hands, so when they grow up, they too in turn will also hold the hands of their children walking to this memorial.

This way their respect would not reduce over time and their connection to their roots would not be interrupted, and tradition to honor the memory of those who were killed during the most shameful acts of human barbarity – the mass extermination of their own kind – would maintained from generation to generation.

The recent Azerbaijani aggression added further bitterness to Nagorno-Karabakh residents in these days. Nobody had forgotten the first Karabakh war and they all have talked about a recent “4-days war”. The situation in NKR remains alarming at present. There is continued shelling from mortars and howitzers in the border area.

In the village of Talish we were not allowed to drive on some of the streets out of fear that we would come under attack. We have seen how harsh and not so youthful volunteers are coming to the border villages to fight to the last man for their land.

We heard the mother with the pain in her eyes said that, of course, her son will go to fight to defend his country, his native village, and her – his mothers.

We have seen the weeping of the Armenian from Helsinki, repeating in English: “This is my land!”

As expected, the Azerbaijani troops conducted intensive shelling of Karabakh’s military positions on the eve of Genocide Memorial Day. The two topics of genocide and the repelling of aggression were intertwined into one joint issue.

“The agreement about the armistice and its strengthening was trampled by new aggressive acts and five joint statements of the Presidents of the OSCE Minsk Group – Russia, US and France – were ignored. Horrendous war crimes ensued and we are pleasing to everybody to point to the aggressor”- President of Armenia Serzh Sargsyan.

We can deny the fact of the recent aggression or the fact of genocide committed more than one hundred years ago, but that does not change either the current reality or past events.

Regardless of how many countries will recognize the Armenian Genocide, the number of dead will not decrease, as the fact that Azerbaijani aggression remains a factual event, whether it is denied or not.