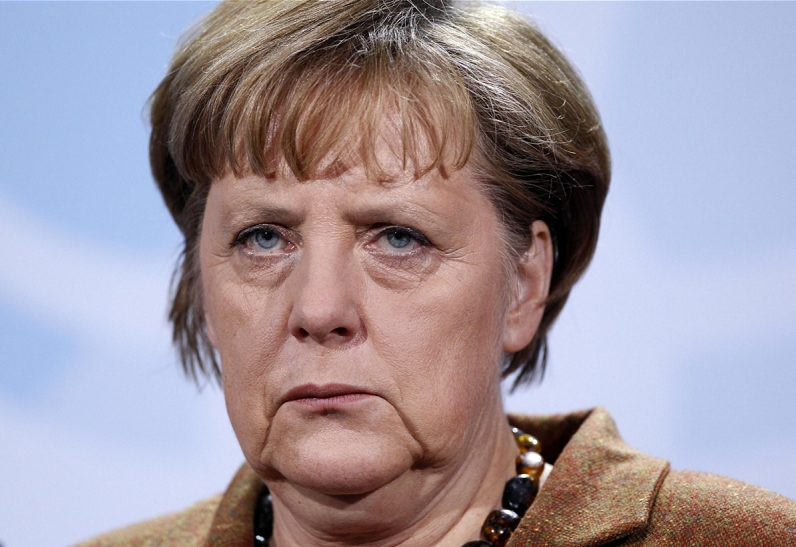 … by Santiago Sunset for Veterans Today

Thus perished the dream about Europe of nations and peoples without borders – now, inner and outer doors are closed. If we would paraphrase Tolkien, it would sound like this: the door to Europe is shut, and the dead are who are keeping it.

And “the dead” are, of course, what else than rotting class of European politicians. So there you are, the old enemy of people, mildew nobility, still riding, proud ancestors of butchers of the world, heirs of colonial masters and slave-traders.

Just like nobody asked hundreds of millions of Europeans when the door to this terrible, in the best tradition of days of Nazism  inhumanly conducted exodus was opened, mostly of troubled people from Iraq and Syria, in the same way nobody asked the same hundreds of millions when the door to Europe was shut. Funny thing, the door was closed just the same way as it was opened, silently and without bold-printed headlines in newspapers, in one gloomy European night – that’s the way of Europe, solving her problems never walking transparent and sunny side of the street of history.

When this New Age Great Migration of Peoples started I was startled: how it came that borders didn’t hold on? How it came that in one night rivers of people overflowed international border passages without slightest resistance on the part of state administrations on its way? I know very well people of this historical area. They are stubborn people, ready and willing to confront any challenge, like massive trespassing of national borders. Actually, nobody in the world likes trespassing.

I wonder what Chinese would do in similar situation, confronted with sudden massive inflow of – let us say – Pakistanians. Neither Russians would hesitate to immediately stop some hypothetic inflow of, let us assume, Turkish people. And yet, more than one million people passed through at least ten international borders like a hot knife through butter. In few words, it was too easy. Curious thing is that even the Pope in a way blessed this festival of European political stupidity. I wonder if he would welcome trespassing of one million refuges through the Vatican.

To find the answer, who and why organized this international inhumane happening, the best way is to observe consequences: which political forces have benefited? On the one side, state administrations (political elites) gained much firmer control over national societies; Europe without inside borders is dead; social stability in northern European countries, the primary target of refuge inflow, is on the test; eastern part of Europe decided to run its own policy in handling emerging social crisis.

On the other side, political disintegration of Europe did not easy Russian position at all, pressed with Anglo-American strangling NATO-belt; namely, only confident and strong Europe can resist destructive Neo-Con policy of political West. Therefore, the soundest conclusion stays that behind migration of refuges in its civilizationaly primitive and intolerable practice firmly stays the so called New World Order project.

In that meaning, Angela Merkel might be, and might be not, just an innocent tool, a lamb to be sacrificed, a political naïve pawn believing into significance and autonomy of German independent project of acquiring a source of lacking human labor and genetic material.

And yet, if history cannot blame current posture of German politicians when it is about their goals, Merkel at first place, it can blame and will put the blame about the manner in which German politicians conducted their project. Namely, if Germany really wanted so badly this human genetic material, then Germany should send inquiries directly to its embassies in Iraq, Syria, Turkey, Lebanon, to give the opportunity to the best of future German citizens, to choose technicians, doctors, engineers, prosperous families with bright children.

And finally, as civilized country and highly organized society, Germany should have sent ships directly to Mediterranean, to collect and bring this people directly to Hamburg. But these ships never came. Neither will.

Still, some ships did come. It is well known the story of South Pole explorer Sir Ernest Shackleton. After epic journey in the open twenty-foot boat across eight hundred miles of roughest sea in the world, stormy sub-Antarctic ocean, Shackleton immediately prepared to return with rescue team to save the rest of the party still remained on Elephant island struggling for life in the most severe conditions.

After few futile attempts to approach the island blocked with heavy pack that made impenetrable barrier, Shackleton turned to Falkland Islands to cable for help to His Majesty the king George of England. The next day he received the following message:

“Rejoice to hear of your safe arrival in the Falkland Islands and trust your comrades on Elephant Island may soon be rescued. GEORGE R.I.”

Additionally, the British Admiralty informed Shackleton that no suitable vessel was available in England and no relief could be expected before October (it was early beginning of June 1916 at the time) – The First World War was rumbling in Europe, and priorities, including ships, were elsewhere. At the end Shackleton begged Chilean Government to let him have “Yelcho”, a small steamer, for a last attempt to reach the island. So the party was finally rescued, not by mighty Royal Navy but by a small Chilean vessel.

The point is that humanity should put its confidence on “Shackletons”, and not “Merkels”, which is nothing more and nothing less than, as soon as possible, implementation of direct democracy in the world. So, if talking about current elections in the US, therefore, I would strongly support by some contributors of VT already suggested, the project NOPE, particularly to those voters that are fluctuating among two equally unsatisfying options, Mr. Trump and Mrs. Clinton.

Divided and confused among two politically and historically equally spent and long ago compromised political platforms, American electoral body actually has a historical opportunity to escape fruitless situation. Opting for NOPE, these voters could send a strong message to political elite that America had simply got enough of political stupidity and total lack of vision how to make America not “great again”, but how to make America the leader of one better world.

In that meaning, the election of Bernie Sanders could mean prerequisite to that historical change toward implementation of direct democracy as the best way of immediate influence of every man and woman on conditions of their lives, not touching a bit American way of life such as it is as liberal democracy, since direct democracy, if anything, means free and responsible human choice in free and responsible human world.

As somebody inspiredly noted in some of the previous articles, America needs a poet to save her. It would not be a crime of wishful thinking if I would express hope that maybe Mr. Bernie Saunders will find out that he is a poet enough to make that decisive step, and someday become the First Administrator of direct democracy in the US, and thus in the world.

Santiago Sunset is the author of the book “Embracing the 21st century – contributions to the Manifesto of the third millennium”, available at Amazon.