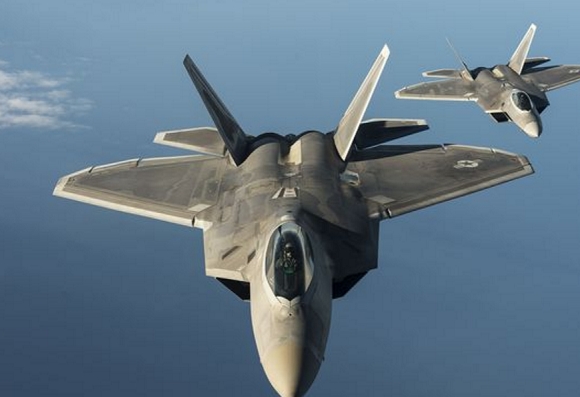 The U.S. sent its most sophisticated aircraft to Romania on Monday for exercises aimed to enhance training with other Europe-based aircraft.

The largest deployment of the multirole fighter to the continent, officials said, is meant to “bolster the security of NATO allies and partners in Europe” while showcasing its flexibility to fly throughout the region.

The deployment near the Black Sea comes as U.S. commanders re-evaluate the military’s role, reach and responsibilities in Europe. Russia’s resurgence has forced Washington to rethink troop levels in Europe, eyeing a larger, permanent force that would help deter an unexpected fight against Russian forces.

“These aircraft have the ability to project air dominance quickly, at great distances, to defeat any possible threat,” Lt. Gen. Timothy Ray, 3rd Air Force commander, said in a release.

The Raptors deployed to RAF Lakenheath, England, earlier this month, and will continue training in Europe until May. Their mission is funded through the European Reassurance Initiative — a Pentagon effort designed to allay European partners’ fears about Russian aggression in the region.