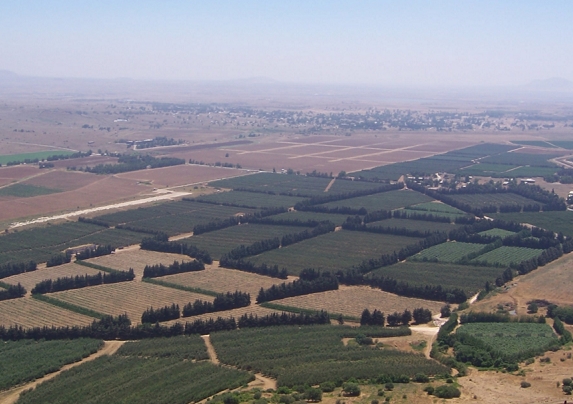 Golan Heights, a region in south west Syria, which was seized by Israel after a six-day war, is to remain under its control, according to Prime Minister Netanyahu, despite theUN refusing to recognize it under international law.

Under the current peace settlement in Syria, Israeli Prime minister Benjamin Netanyahu could be forced to fall under pressure and return the Golan Heights, a strategic area that was captured from Syria in 1967.

During the first ever cabinet meeting to be held since the annexation of the Golan Heights, Prime Minister Netanyahu said on Aprril 17: “It is time that the international community recognized reality. Whatever happens on the other side of the [Syrian] border, the border itself will not move.”

Netanyahu called on the international community to finally recognize that this area belongs to Israel and always will.

“Secondly, the time has come after 40 years for the international community to finally recognize that the Golan Heights will remain under Israeli sovereignty forever,” Netanyahu added.

However his statements are not shared by others in the international arena.

The United Nations Security Council has already voiced their concern at the comments from the Israeli PM.

The UNSC rotating president and China’s UN envoy, Liu Jieyi has said that Israel’s move to impose laws in the Golan, goes against Council resolution 497 and are:

“…null and void and without international legal effect.”

“Holding a meeting on this topic completely ignores the reality in the Middle East,” he said.

“While thousands of people are being massacred in Syria, and millions of citizens have become refugees, the Security Council has chosen to focus on Israel, the only true democracy in the Middle East.”

There are approximately 23,000 Israelis now living in the Golan. The UNSC has said it will support a negotiated arrangement to settle the issue.