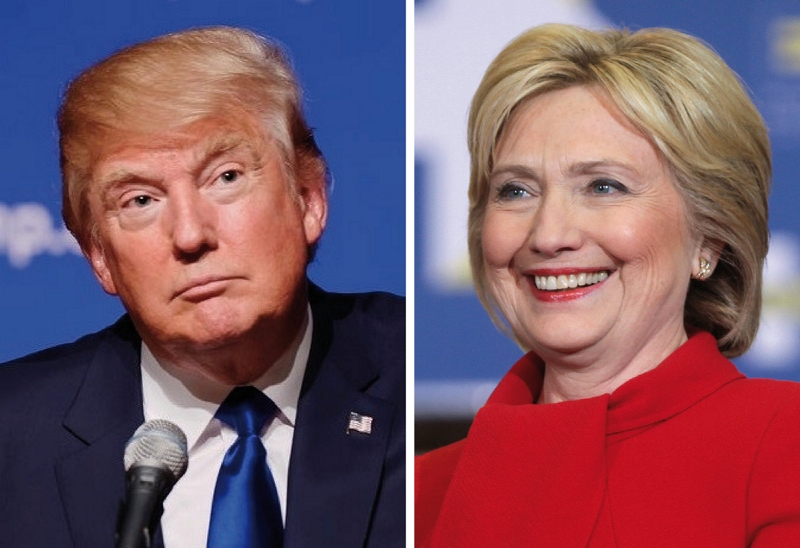 Tonight Donald Trump reigned triumphant in all five states, while Hillary Clinton continues to lead, narrowing the odds that Ted Cruz, Bernie Sanders and John Kasich will be able to rally a comeback for their respective parties’ nominations.

Almost instantaneously, the Associated Press called Connecticut, Maryland and Pennsylvania for Trump. At the same time, Maryland was called for Clinton.

With 6 percent of precincts reporting in Rhode Island, Trump has been declared the winner with 62 percent to Kasich’s 26 and Cruz’s 11 percent.

With 34 percent of precincts reporting in Delaware, Trump has been declared the winner with 62 percent to Kasich’s 20 and Cruz’s 16.

With 38.6 percent of precincts reporting in Delaware, Clinton was declared the winner with 51.8 percent to Sanders’ 47.1.

With 7 percent of precincts reporting in Pennsylvania, Clinton has been declared the winner with 58 percent to Sanders’ 41.

With 49 percent of precincts reporting in Rhode Island, Sanders has been declared the winner with 57 percent to Clinton’s 41.

With 80 percent of precincts reporting in Connecticut, Clinton has been declared the winner with 50 percent to Sanders’ 48.

“I just want to thank everyone,” Trump told supporters in his victory speech from Trump Towers in New York City. “This is a far bigger win than we even expected.”

Trump went on to characterize Kasich and Cruz’s brief campaign partnership against Trump a “collusion” and a “weak signal,” noting his own “landslide” victory in Tuesday’s primaries.

“The media’s covered me very fairly,” Trump said, clarifying to laughter, “for the last two hours.”

Trump also, once again, encouraged Bernie Sanders to “run as an independent,” calling the Democratic nominating process and its superdelegates unfair.

Clinton, in her victory speech from Maryland, told supporters, “Whether you support Sen. Sanders, or you support me, there’s much more that unites us than divides us.”

“We’re going to imagine a tomorrow where hard work is honored, families are supported, streets are safe, and communities are strong,” Clinton said, adding, “and where love trumps hate.”

Below are the Real Clear Politics averages for polls conducted in all five states.

Democrats: An average of three polls conducted between April 10 to 24 showed Clinton with 49.3 percent to Sanders’ 43.7

Republicans: one poll conducted April 17 to 18 showed Trump with 55 percent compared to Kasich’s 18 and Cruz’s 15.

Democrats: one poll conducted April 17 to 18 showed Clinton with 45 percent to Sanders’ 38

Democrats: An average of three polls conducted April 5 to 20 showed Clinton with 57.7 percent to Sanders’ 33.7

Pennsylvania, average of seven polls conducted from April 11 to 24 showed Clinton with 54.3 percent to Sanders’ 38.3

Republicans: An average of three polls conducted between April 19 to 24 showed Trump with 52.3 percent to Kasich’s 23 and Cruz’s 12.3

Democrats: An average of two polls conducted April 19 to 24 showed Clinton with 44 percent to Sanders’ 41.5

The upcoming primary contests in Indiana on May 3 and California on June 7 are being hailed as likely to be watershed moments in both the Democratic and Republican races.

Trump has won Rust Belt states Illinois and Michigan, and although he lost in Ohio to the state’s own Gov. Kasich, Trump still captured about 36 percent of the vote to Kasich’s 47 and Cruz’s 13. Based on the results in Pennsylvania, Trump could be favored to win the last of the Rust Belt states, Indiana, next week. However, millions of dollars are being spent on ads against Trump in Indiana, which was not the case in the states competing on April 26, according to Fox News which reported only $100,000 was spent specifically targeting Trump in Connecticut, Delaware, Maryland, Pennsylvania and Rhode Island.

The Real Clear Politics average for Indiana polling shows Clinton ahead of Sanders, 47.7 percent to 43.7. That margin could swing for Sanders if he can win something tonight, but Clinton has been consistently ahead there.

The interesting takeaway from these primaries today especially is how divided each party continues to be, keeping the general election looking like it will be just as unconventional as the nominating process has been. Keep an eye on how Trump does in traditionally “blue” states as well as how well Clinton does in typically “red” states for a preview of what to expect, and not expect, in the 2016 general election.