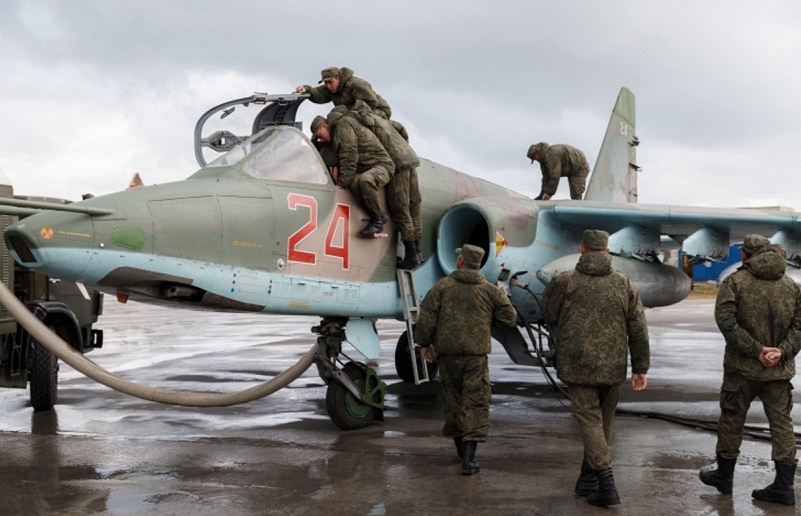 MOSCOW,TASS/. Russia’s aviation has destroyed more than 200 terrorist-controlled oil facilities and over 2,000 vehicles for fuel delivery since the start of its counter-terror operation in Syria, Head of the Russian General Staff Main Operations Department Sergey Rudskoy said on Wednesday.

“The air task force has destroyed over 200 facilities of oil extraction, refining and pumping on the territories controlled by terrorist groupings in Syria, as well as more than 2,000 means for the delivery of oil products,” Rudskoi said at the 5th Moscow conference on international security.

Also, the Russian air task force has shut off the main routes of hydrocarbon deliveries to Turkey, the general said.

“The resources base of the illegal armed formations of the ISIL [the former name of the Islamic State terrorist organization outlawed in Russia] and Jabhat al-Nusra has been undermined. The terrorist groupings have lost their main source of revenues from the illegal sale of oil, which, in turn, has limited their possibilities for the purchase of armaments, ammunition and the provision of money allowance to militants,” Rudskoi said.

According to the general, since the start of an operation in Syria, Russian warplanes have destroyed some 29,000 targets, making more than 9,500 combat sorties

“In almost seven months of combat operations, planes of the Russian Aerospace Forces have made more than 9,500 sorties, hitting some 29,000 terrorist targets,” Rudskoy told the 5th Moscow Conference on International Security.

The general said Russia was actively using long-range aviation, carrying out about 180 sorties. Besides, there have been “massive launches of air-based and sea-launched winged missiles… to the range of up to 1,500 kilometers,” Rudskoy said.

According to Rudskoy, the major parts of Syrian provinces of Damascus, Hama and Homs have been liberated from terrorists along with the Latakia province.

“Illegal armed groups have been ousted from Latakia. Coastal areas of the province, home to a majority of the Syrian population, have been completely liberated from terrorists. Road traffic between Damascus and Aleppo has been restored and the Kweires air base besieged by militants for over three years has been unblocked,” Rudskoi said at the 5th Moscow International Security Conference. “Most parts of the Hama, Homs and Damascus provinces in central Syria were recaptured from illegal armed groups.”

Syrian governmental forces recaptured the ancient city of Palmyra and the city of Al-Qaryatayn, a stronghold for communications between the country’s south and north, he said.

“Russian air strikes have diminished the terrorist groups’ combat potential many times and they lost the initiative and wound down offensive operations,” he said.

“That provided Syrian governmental detachments with an opportunity of recapturing a strategic initiative and of launching an offensive along all directions,” Rudskoi said. “Thus, Syria’s Armed Forces recaptured about 500 residential localities covering an area of over 10,000 square kilometers.”. 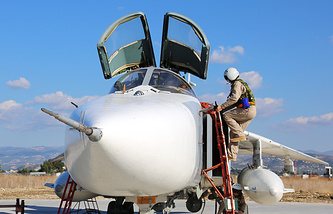 Sergey Rudskoy also claims that not a single airstrike delivered by the Russian aviation group since the beginning of the operation in Syria has caused destruction of civilian facilities or civilian casualties in the country.

Previously, Commander-in-Chief of the Russian Aerospace Forces Viktor Bondarev made a similar statement. According to him, during the operation in Syria the Russian aviation “there was not a single bombardment that missed the target.” The Russian Defense Ministry has repeatedly said that the airstrikes are delivered only after thorough checks of the targeted facilities.

“During the Russian air operation in Syria not a single strike was made that would cause the destruction of civilian objects or civilian casualties,” Rudskoi said at the 5th Moscow International Security Conference. 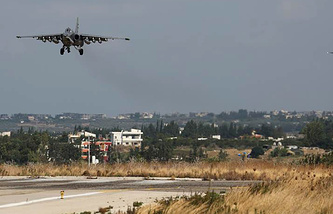 According to him, the Russian military have thwarted “numerous attempts by the militants to provoke strikes on civilian targets.” “According to the terrorists’ plans, casualties among civilians were to discredit the Russian Aerospace Forces, cause a negative reaction of the international community and force the Russian leadership to stop the fight against terrorist groups in Syria,” the official said. He said that the Russian Defense Ministry has had to face all the time “unfounded accusations” or “information attacks.”

Russia joined the operation against terrorists in Syria on September 30, 2015 at the request of Syrian president Bashar Assad. Ceasefire took effect in Syria on February 27, 2016. Russia withdrew the basic contingent of its forces from Syria from March 15 but its air task force continues delivering strikes against terrorists.