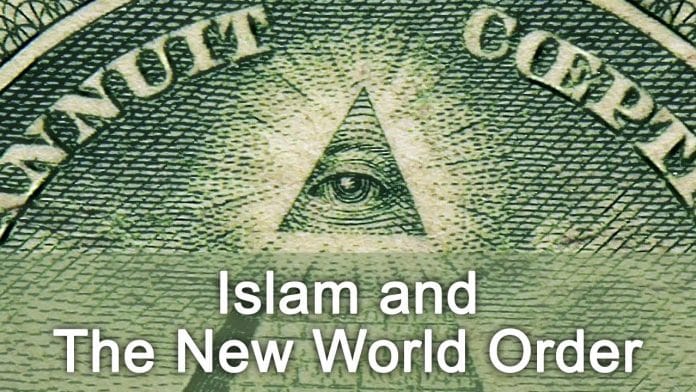 Note: My website TruthJihad.com has been down for more than two months due to incessant cyber-attacks. It is now on its way back up, with enhanced security. Please help! Go to TruthJihad.com and make a donation, however small, to keep these shows coming.

David Pidcock, co-founder of the Islamic Party of Britain (the first Islamic party in the West) is the author of Satanic Voices – Ancient and Modern – a classic discussion of the Salman Rushdie Satanic Verses affair from a Muslim perspective. His other books include Dark Knights of the Solar Cross and Inside the Brotherhood (co-authored with Martin Short). In this interview, he discusses the occult roots of the New World Order in satanic freemasonry, a “brotherhood of death” that has been orchestrating false flags and other big lies for thousands of years. He says:

* The first grand master of freemasonry was the Babylonian king Nimrod (Namrud).

* Donmeh Jews from Salonika, satanic descendants of the pseudo-Muslim followers of the false messiah Shabtai Svi, created the Young Turks and destroyed the Ottoman Caliphate…and may have also infiltrated the royal family of Saudi Arabia.

* The same forces are behind the current destruction of Iraq and Syria, designed to pave the way for Greater Israel.

Is there a deeper spiritual dimension to the “political” battle for truth? Tune in and make up your own mind.