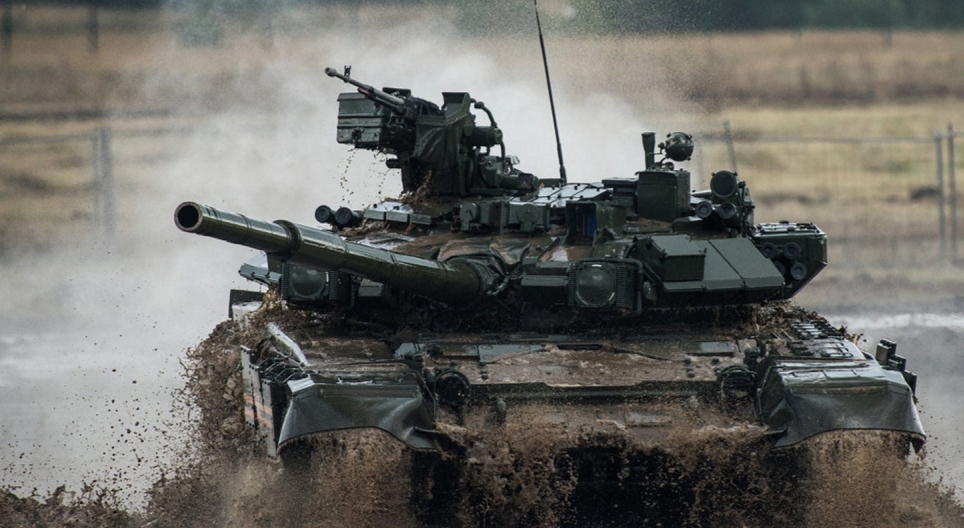 Russia’s T-90 battle tank ‘Vladimir’ has become a celebrity of the blogosphere after it survived getting hit by America’s TOW anti-tank missiles in Syria two months ago. The video of the shooting gathered half a million views on YouTube.

Let’s take a look at the hidden possibilities of the combat vehicle named after its chief designer Vladimir Potkin.

The T-90 is a third-generation Russian battle tank that entered service in 1993. The tank is a moderate variation of the T-72B and incorporates many features found on the T-80U.

The T-90 has its origins in a Soviet-era program aimed at developing a singular replacement for the T-64, T-72 and T-80 series of main battle tanks. The T-72 platform was selected as the basis for the new generation of tank due to its cost-effectiveness, simplicity and automotive qualities.

The T-90 retains the layout of the prototype T-72: in front there is the control compartment with the combat compartment in the middle. The hull and the tower was also placed onto the new tank almost unchanged, but with an important improvement — the upper frontal part of the tower cast got built-in dynamic protection of seven blocks and one container. Another 20 protection units are placed on the roof of the tower.

The T-90A featured a new engine and turret and was equipped with a thermal-vision system. Its engine delivers 1,000 hp at 2,000 rpm. The tank is equipped with third-generation active armor, capable of withstanding an attack by 120-mm M829A2 and DM43A1 tank rounds, designed for the Abrams M1A1 and Leopard-2 tanks respectively.

The tank’s main weapon is a 125-mm smoothbore gun 2A46M-2. The ammunition tank includes four types of missiles: armor-piercing, piercing, cumulative and high-explosive detonation from a remote system, allowing ammunition to explode at the desired point of the trajectory.

It can also fire using Reflex and Cobra anti-tank guided missiles. The elevation of the tank allows it to hit hovering helicopters.

Like other modern Russian tanks the 2A46M in the T-90 is fed by an automatic loader which eliminates the need for a manual loader in the tank and reduces the crew to 3 (commander, gunner, and driver). The autoloader can carry 22 ready-to-fire rounds in its carousel and can load a round in 5–8 seconds.

The Fire Control System of the T-90 is superior and one of a kind. It takes into account the speed of the tank, the range and the angular velocity of the target, air temperature, wind speed and atmospheric pressure. It also considers the angle of inclination of guns and barrel wear allowing the tank to hit moving targets on the first shot.

‘Vladimir’ was chosen to protect Russia’s airbase in Syria as it is ideal for defending a stationary object in a desert environment.