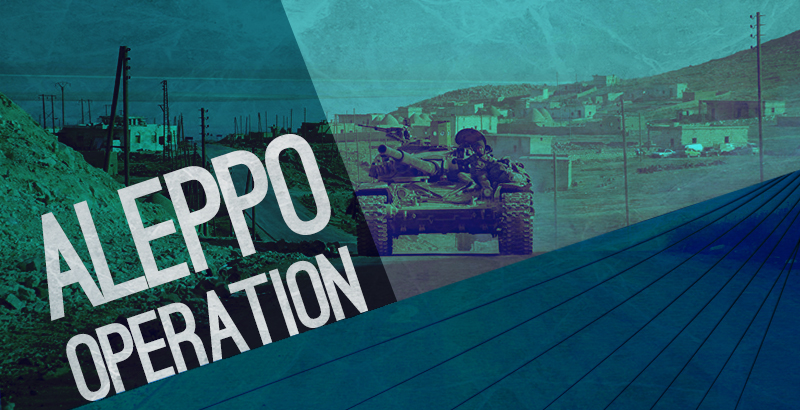 Syria’s forces continue military operations in Eastern Ghouta near Damascus. On April 28, the Syrian Arab Army (SAA) and allies cut off Al Nusra’s main supply line in Marj al-Sultan. This allowed to cut the militants’ supply road to the villages of Zibdeen and Deir al-Assafir.

Pro-government sources report, if the militants aren’t able to seize Bala al-Qadhima in the nearest future, they will be completely cut off and encircled in this area. Now, the loyalists are in full control of the Harasta al-Qantara-Bezineh road that had been the main communication line between the Northern and Southern parts of the militants’ enclaves.

We remember, Syria’s forces captured the town of al-Qadhima on Wednesday and almost divided the militant-ctonrolled area of the Eastern Ghouta into two separated parts.

A large number of fresh reinforcements arrived in the province of Aleppo on Thursday as dofferent sources argue the army is going to launch massive operations against the remaining 10,000-strong terrorist force in the provincial capital. Earlier this month Syrian and Iranian sources reported that the commanders of the Syrian Ground and Air Forces, Iranian-backed militias and the Russian military advisors set a joint HQ in order to coordinate the last preparations for a large-scale operation in Aleppo.

Meanwhile, according to US experts, Russia reportedly delivered weapons and ammunition to support the Syrian Kurdish YPG in the Afrin Canton of the province in April 2016. This allows to suggest that the loyalists’ forces intend to cooperate with the Syrian Kurds in order to complete the encirclement of Aleppo City from the north. In early February 2016, The Kurds engaged in similar battlefield coordination with Russia in order to sever the primary militants supply route between Aleppo City and Turkey.