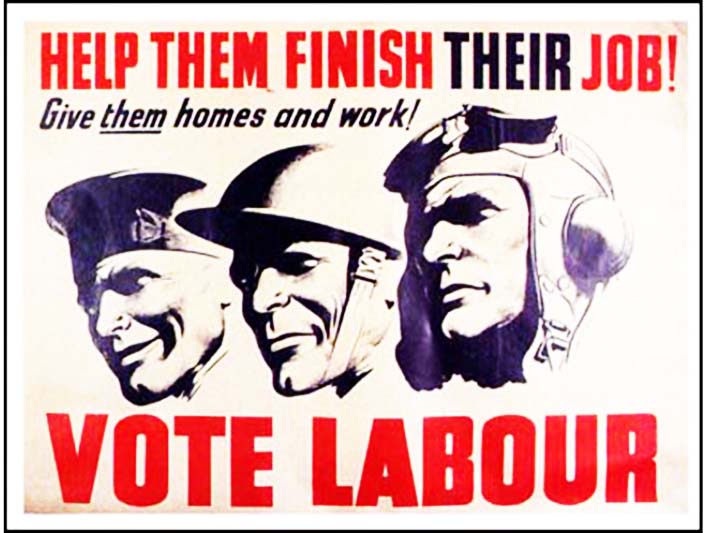 The orchestrated smear campaign against pro-Palestine sympathisers sent me reaching for my pen. But Gilad Atzmon too was eyeing the Labour Party’s crazed witch hunt for “antisemites” with misgiving and had already declared, in his usual robust way, that Labour under Jeremy Corbyn was not so much a party as a piece of Zionist-occupied territory.

Writing in his blog about Corbyn and McDonnell’s servile commitment to expel anyone whose remarks might be interpreted by Zionist mafioso as hateful or simply upsetting to Jews, Atzmon concludes: “Corbyn’s Labour is now unequivocally a spineless club of Sabbos Goyim [which I take to mean non-Jewish dogsbodies who do menial jobs that Jews are forbidden to do for religious reasons].

“The Labour party’s policies,” says Atzmon, “are now compatible with Jewish culture: intolerant to the core and concerned primarily with the imaginary suffering of one people only. These people are not the working class, they are probably the most privileged ethnic group in Britain.  Corbyn’s Labour is a Zionist Occupied Territory…  It proves my theses that the Left is not a friend to Palestine, the oppressed or the workless people.

“I would have never believed that Jeremy Corbyn would engage in such colossally treacherous politics. I did not anticipate that Corbyn would become a Zionist lapdog.  Corbyn was a great hope to many of us. I guess that the time has come to accept that The Left is a dead concept, it has nothing to offer.”

This writer too is shocked after signing up a supporter (though not a member) of the Labour Party with the express purpose of voting in the leadership election for that beacon of common sense, that staunch champion of high ideals, that great white hope who would start a revolution in British politics and sweep away the crap and corruption left behind by Blair and Brown.

Boy, was I in for a disappointment!

And the latest casualty in this ugly Zionist power-play is former mayor of London Ken Livingstone. In a heated public spat with one of the party’s chief inquisitors, MP John Mann, he had the temerity to defend a female MP, Naz Shah, who had fallen foul of the party’s antisemitism police for comments made on Facebook before becoming an MP. She had suggested that Israel be transferred to the United States. She apologised profusely, but Labour’s Israel lobby went ballistic after raking up this old remark. Had they forgotten that their hero, David Ben-Gurion himself, was mad-keen on population transfer… of Palestinian Arabs, that is? So what’s to get excited about? Mann happens to be chair of the All-Party Parliamentary Group on Antisemitism. One-sidedness is the name of his game.

What seems to have generated greatest sound and fury is this observation by Livingstone: “When Hitler won his election in 1932 his policy then was that Jews should be moved to Israel. He was supporting Zionism before he went mad and ended up killing six million Jews.”

Joan Ryan MP, Chair of Labour Friends of Israel, said: “To speak of Zionism – the right of the Jewish people to self-determination – and Hitler in the same sentence is quite breathtaking. I am appalled that Ken Livingstone has chosen to do so…. He should be suspended from the Labour Party immediately.”

President of the Board of Deputies of British Jews Jonathan Arkush can be relied on to put in his two-pennyworth on these occasions, and he didn’t disappoint: “Ken Livingston’s comments were abhorrent and beyond disgraceful.  His latest comments combine Holocaust revisionism with antisemitism denial, when the evidence is there for all to see.  He lacks any sense of decency.  He must now be expelled from the Labour Party.”

And on the suspension of Naz Shah, Arkush was in overdrive: “If the Labour party is to re-establish its credibility on this issue, it needs to take four important steps forward:

“First, there must be a credible inquiry into the entire Naz Shah episode.  Secondly, the party has to take effective measures to eradicate antisemitism wherever it occurs within its membership.  Thirdly, the leader must make it clear that allegations of antisemitism are not to be dismissed as arguments about Israel.  Fourthly, Jeremy Corbyn must now respond to our repeated calls for him to accept that his meetings with rank antisemites before he became leader were not appropriate and will not be repeated.”

Whether Livingstone’s claim that Hitler was a Zionist is correct, I know not and care not. He presumably checked his facts and was itching to score with this mischievous titbit. Whether that was a wise thing to do is a matter for idle chatter, not expulsion. Meanwhile Zio hotheads inside and outside the party would do well to pay attention to the The Jewish Socialists’ Group, which has some sound advice for them and sticks a pin in their not-so-pretty balloon with this measured statement:

“Antisemitism and anti-Zionism are not the same. Zionism is a political ideology which has always been contested within Jewish life since it emerged in 1897, and it is entirely legitimate for non-Jews as well as Jews to express opinions about it, whether positive or negative. Not all Jews are Zionists. Not all Zionists are Jews.

Accusations of antisemitism are currently being weaponised to attack the Jeremy Corbyn-led Labour party with claims that Labour has a “problem” of antisemitism. This is despite Corbyn’s longstanding record of actively opposing fascism and all forms of racism, and being a firm a supporter of the rights of refugees and of human rights globally.

A very small number of such cases seem to be real instances of antisemitism. Others represent genuine criticism of Israeli policy and support for Palestinian rights, but expressed in clumsy and ambiguous language, which may unknowingly cross a line into antisemitism. Further cases are simply forthright expressions of support for Palestinian rights, which condemn Israeli government policy and aspects of Zionist ideology, and have nothing whatsoever to do with antisemitism.”

The JSG goes further and suggests that the attacks come from four main sources – the Conservative Party, Conservative-supporting media and pro-Zionist Israeli media sources, right-wing and pro-Zionist elements claiming to speak on behalf of the Jewish community, and opponents of Jeremy Corbyn within the Labour party. These groups make common cause to wreck the Corbyn leadership, divert attention from Israeli government crimes and discredit those who dare to criticise Israeli policy or the Zionist enterprise.

In short, the JSG says what needs to be said and puts the witchfinder-generals firmly in their place.

Of course if Labour – or the Conservatives – truly wished to be squeaky-clean in matters of racism they would disband their Israel fan clubs (i.e. Friends of Israel) and suspend all who refuse to condemn Israel’s brutal acts of ethnic cleansing and other war crimes. If people holding public office put themselves in a position where they are influenced by a foreign military power, they flagrantly breach the Principles of Public Life. There are far too many Labour and Conservative MPs and MEPs who fall into that category.

The Labour Party announced today it is considering reviewing its rules to send a clear message of zero-tolerance on antisemitism. For balance, why not match this with zero-tolerance of those who use the party as a platform for promoting the criminal Israeli regime and its continuing territorial ambitions? Go on, Labour, prove Atzmon wrong… prove the party is not Zionist occupied territory.