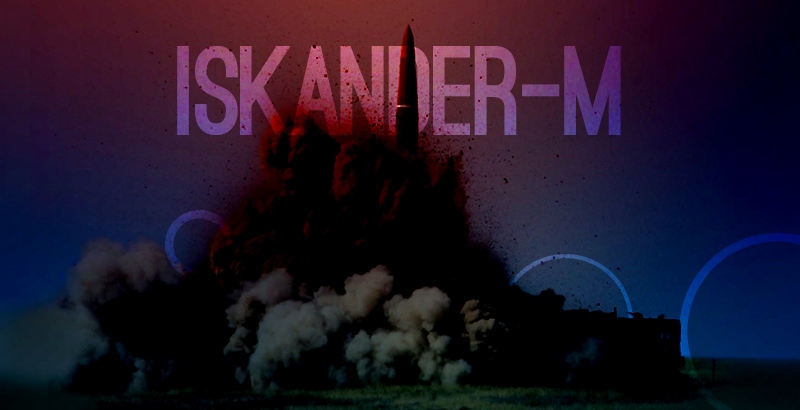 The Iskander-M has no shortage of admirers. They include the Islamic State and other Islamist entities in Syria, Poland, Turkey, NATO as a whole, and of course the United States. Seemingly no other Russian weapon system is as likely to steal a headline as soon as it makes an appearance somewhere on the global chess board. To what does it owe its worldwide fan base?

In part the answer lies in its actual combat abilities. It is a medium-range missile system which uses a combination of maneuvering, and therefore difficult to intercept, ballistic missiles capable of carrying a variety of conventional and nuclear warheads. It is extremely accurate, with a circular error probable of under 10 meters, which makes it useful against heavily protected, small targets that would require a direct hit in order to be destroyed. Its officially acknowledged range of 500km makes it a weapon of far more than tactical importance, as it can destroy sites far behind enemy front lines and hold in check enemy value targets such as key infrastructure, high-level command posts, and logistical nodes. The entire system is based on highly mobile wheeled platforms which are suitable for aerial transport by heavy airlifters. Iskander-M deployment to Syria demonstrated Russia’s ability to send these powerful warfighting and conventional deterrent weapons to almost any friendly part of the globe on a moment’s notice. As of April 2016, the Russian military had six complete Iskander-M brigades in service, with each brigade possessing 12 launch vehicles. Since each vehicle carries two ready-to-launch missiles, with reloads carried by the brigade’s resupply vehicles, each brigade is capable of a simultaneous 24-missile volley that would be sufficient to saturate any tactical anti-ballistic missile system currently in service or development. In effect, a single Iskander-M brigade is equivalent to 3 Buyan-M missile corvettes, in terms of firepower, though the land-based launchers can be rapidly reloaded whereas the corvettes would have to return to base for replenishment.

The other reason for Iskander-M’s popularity is its political dimension. By the late 1980s, the Soviet military was using two sub-strategic ballistic missile systems, the 120km-range Tochka, and the 450km-range Oka. Even though Oka’s range was below the 500km threshold of the Intermediate Range Nuclear Forces treaty, the Gorbachev government in effect made the US a present by pledging to eliminate the Okas along with longer-range missiles. Even though it left the Soviet military without a modern operational-range missile system, evidently Gorbachev and others hoped that such weapons would be unnecessary in the era of the “New World Order.” They turned out to be wrong.

The Iskander-M was developed and deployed in order to fill that gap once it became clear that NATO’s intentions toward the post-Cold War Russia were far from benign. NATO, and especially the US, has undertaken several initiatives to render the INF Treaty obsolete. They include the deployment of intermediate-range air-launched cruise missiles such as the JASSM carried by tactical aircraft, whose existence clearly violates the spirit of the INF Treaty. The US Army has since deployed large numbers of ATACMS ballistic missiles whose officially acknowledged range is 300km, though the missile’s actual potential is unknown, and the LPRF program is supposed to yield an even-longer ranged missile for the US military. Cruise missile carrying US naval ships, including the rather well-known USS Donald Cook, regularly approach Russian coasts. But the most direct US violation of the INF Treaty is the placement of land-based anti-ballistic systems in Eastern Europe. These systems use the naval Mk41 launchers which are perfectly capable of using the entire range of Tomahawk cruise missiles. Therefore the deployment of these ABM systems also means a US breakout from the INF Treaty.

The Iskander-M therefore should be viewed as a Russian response to the US INF violations. In addition to the 9М723 ballistic missile with a range of 500km, each launch vehicle can also fire the 9M728 cruise missiles whose actual capabilities have never been revealed, though the missile has been tested out to at least 200km. Considering that the size of these missiles is comparable to the Kalibr sea-launched weapons whose range exceeds 2,000km, there is a definite possibility that the Iskander-M could be equipped with weapons of similar range unless the US begins to display more of an interest in re-establishing a mutually acceptable security framework for Europe.