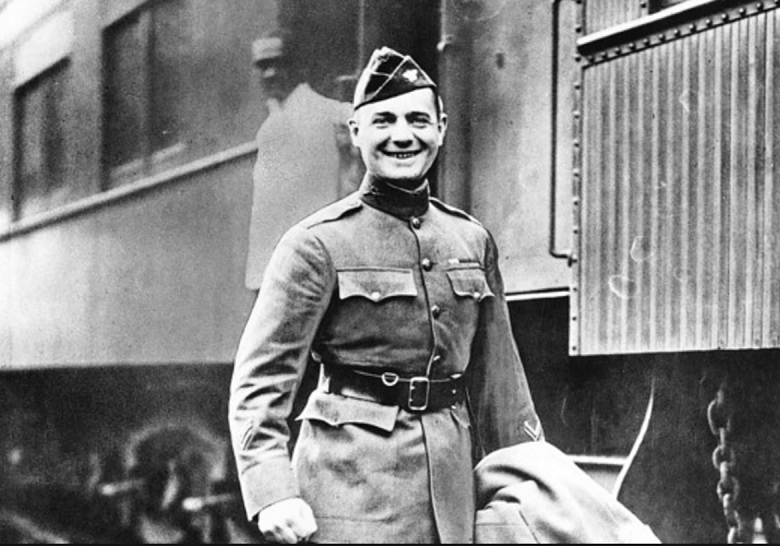 If supporters of the UK’s exit from the European Union didn’t have enough reasons to vote yes on exit, they may have just got another one: according to journalist Ambrose Evans-Pritchard, the European project was a CIA-inspired scheme from the start.

In a recent piece for The Telegraph, commenting on President Obama’s trip to the UK earlier this month to attempt to convince the island nation to vote against Brexit, Evans-Pritchard recalled that “Brexiteers should have been prepared for the shattering intervention of the US,” since “the European Union always was an American project.”

In fact, the journalist recalled, taking a look back through archival history, one finds that “it was Washington that drove European integration in the late 1940s,”, and Washington that “funded it covertly under the Truman, Eisenhower, Kennedy, Johnson, and Nixon administrations.”

Contrary to popular belief among some in Europe that the US may have viewed European integration as a threat, the project was in actually always seen as an “anchor to American regional interests alongside NATO,” all the way back to its inception.Evans-Pritchard recalled that the May 1950 Schuman Declaration, the proposal by French Foreign Minister Robert Schuman to create the European Coal and Steel Community, which “set the tone of Franco-German reconciliation – and would lead by stages to the European Community – was cooked up by the US Secretary of State Dean Acheson at a meeting in Foggy Bottom” (in Washington DC).

And it was the Truman administration “that browbeat the French to reach a modus vivendi with Germany in the early post-war years, even threatening to cut off US Marshall aid at a furious meeting with recalcitrant French leaders [if] they resisted in September 1950.”

Truman’s motive at the time was obvious, the journalist suggests. “The Yalta settlement with the Soviet Union was breaking down,” and Truman “wanted a united front to deter the Kremlin from further aggrandizement” as the Cold War conflict began to gather steam.

As for the figure of Jean Monnet, the French economist and diplomat considered to be one of the founding fathers of the European Union, he “looms large in the federalist pantheon, the eminence grise of supranational villainy” among British eurosceptics, but “few are aware that he spent much of his life in America, and served as war-time eyes and ears of Franklin Roosevelt.”

In fact, Charles de Gaulle, an opponent of supranational Europe and a staunch supporter of French sovereignty, “thought [Monnet to be] an American agent, as indeed he was in a loose sense.” French historian Eric Roussel’s voluminous 1,000 pagebiography of Monnet, yet to be translated into English, “reveals how he worked hand in glove with successive administrations.”Unfortunately, Evans-Pritchard writes, many Britons, and other Europeans, remain unaware of the declassified documents from the US State Department archives “showing that US intelligence funded the European movement secretly for decades, and worked aggressively behind the scenes to push Britain into the project.”

For instance, “one memorandum dated July 26, 1950, reveals a campaign to promote a full-fledged European parliament. It was signed by Gen William J Donovan, head of the American wartime Office of Strategic Services, [the] precursor of the Central Intelligence Agency.”

In fact, “the key CIA front was the American Committee for a United Europe (ACUE), chaired by Donovan. Another document shows that it provided 53.5 percent of the European movement’s funds in 1958. The board [of the ACUE] included Walter Bedell Smith and Allen Dulles, CIA directors in the fifties, and a caste of ex-OSS officials who moved in and out of the CIA.”

The archives, Evans-Pritchard adds, show that the CIA essentially “treated some of the EU’s ‘founding fathers’ as hired hands,” and even “actively prevented them [from] finding alternative funding that would have broken reliance on Washington.”

At the same time, the journalist notes, “there were horrible misjudgments along the way,” with “a memo dated June 11, 1965 instruct[ing] the vice-president of the European Community to pursue monetary union by stealth, suppressing debate until ‘the adoption of such proposals would become virtually inescapable’. This too was clever by half, as we can see today from debt-deflation traps and mass unemployment across southern Europe.””In a sense,” Evans-Pritchard notes, “these papers are ancient history.” But “what they [do] show is that the American ‘deep state’ was in up to its neck” with the project which has now morphed into the 28-nation European Union.

“It is true that America had second thoughts about the EU once the ideological fanatics gained ascendancy in the late 1980s, recasting the union as a rival superpower with ambitions to challenge and surpass the US. John Kornblum, the State Department’s chief of European affairs in the 1990s, says it was a nightmare trying to deal with Brussels,” particularly on issues of military, security and defense policy.

At the same time, the journalist writes, Kornblum’s view “is interesting, but it is a minority view in US policy circles. The frustration passed when Poland and the first wave of East European states joined the EU in 2004, bringing in a troupe of Atlanticist governments.”

“We know it is hardly a love-affair. A top US official was caught two years ago on a telephone intercept dismissing Brussels during the Ukraine crisis with the lapidary words, ‘f*** the EU’. Yet the all-pervading view is that the Western liberal order is under triple assault, and the EU must be propped [up].”

Europe as ‘Battlefield’: Who Contributed to Emergence of Radical Islamism

This trifecta of threats, Evans-Pritchard argues, includes jihadi terror and the “string of failed states across the Maghreb and the Levant.” They also (very debatably) include Russia and China, which are flexing their muscles and ‘testing the US alliance structure’.Ultimately, he argues, if the Brexit camp wants a real shot at success, it “should be laying out plans to increase UK defense spending by half to 3% of GDP, pledging to propel Britain into the lead as the undisputed military power of Europe,” and to “bind this country closer to France in an even more intimate security alliance. These moves would at least spike one of Project Fear’s biggest guns” (‘Project Fear’ being the slang for the ‘Bremain’ campaign).

While Evans-Pritchard’s argument about Russia posing a threat to a disunited Europe is highly debatable, the questions he raises about the CIA’s role in the creation of the European supranational project are highly relevant. How can any self-respecting Briton, or European for that matter, support a project that was cooked up across the Atlantic for the purpose of maintaining Washington’s Cold War hegemony?