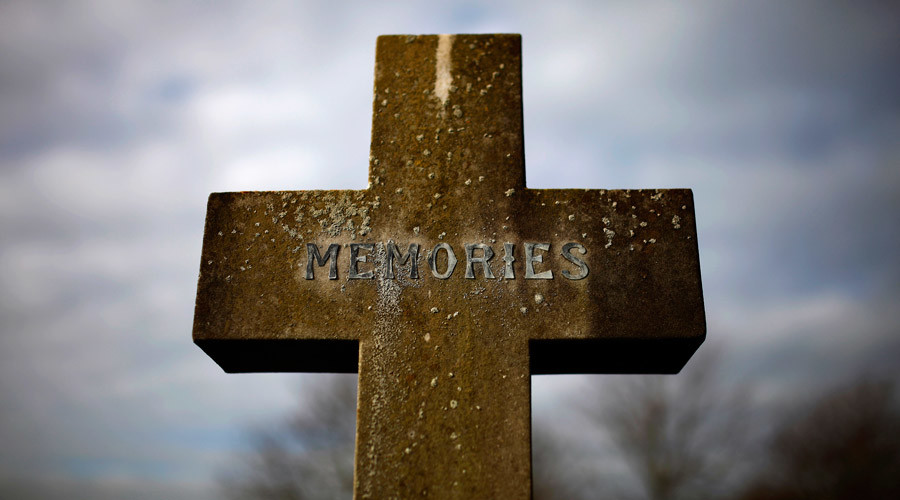 “Society is an open ended partnership between generations. The dead, and the not yet born, are as much a part of society as the living. To dishonor the dead is to reject the relationship upon which society is built, the relationship of obligation between generations. Those who have lost respect for the dead have ceased to be trustees of their inheritance.” – Edmond Burke, (1729-1797) British-Irish Parliamentarian

Both Russia and the Confederate States of America (CSA) now find themselves as targets on the firing line of modern political correctness.

They are accused of any negative charge possible to tarnish the huge losses of their respective great wars to warrant having the monuments to their fallen dead removed from public property.

Both are being propagandized as dangerous elements that have to be discredited through a constant flow of disinformation and manufactured threat campaigns. The most ridiculous assertion is the NATO claim of Putin’s dream to reconquer the former East European Soviet states.

For the CSA, the scam is that to stop denigrating Confederates would somehow show support of America’s slave shipping family, leaving the slave buyers in the South saddled with the motherlode of blame for that sad part of our history as if ET space ships brought them here.

This anti-Confederate hysteria ranges from banning Confederate battle flags from military bases, even if the base is named after a Confederate general, to allowing no Confederate heritage clothing symbols in public schools as being “disruptive”.

But it is the dishonoring of the dead soldiers’ monuments that is the most disrespectful act, as so many of their descendants have served in the US military and still do.

But this year, Georgia’s Governor bowed down and removed both Robert E. Lee and Confederate Memorial Days, changing the latter to State Holiday. I am a member of the Sons of Confederate Veterans on my mother’s side.

These ladies formed the vanguard that was to raise Confederate monuments honoring their fallen soldiers in almost every town square throughout the South. If not for their efforts, it never would have been done, because the veterans themselves just wanted to forget about the war and all its horrors.

The major monument effort was preceded by efforts to collect the remains scattered dead, most of them unknown soldiers who were quickly buried where they fell and were forgotten.

The UDC in Atlanta raised $10,000 by selling cakes and pies, a huge sum at the time, and gathered 3000 unknown dead from shallow graves around Atlanta, and buried their remains under the magnificent Lion of Lucerne monument in Atlanta’s historic Oakland cemetery. But there was one catch.

The City of Atlanta would never allow an historical marker to be erected that would recognize the site as a mass grave for the unknown Confederate soldiers. They did not want to risk the sympathy that a mass grave of unknown Confederates might stimulate, despite how many years it had been, because they sought political advantage in continued racial and social tensions.

Tourists walk by this monument thinking it is a piece of scenic statuary, as opposed to being the largest mass grave in the South. Atlanta is filled with numerous historical markers, but not for 3000 unknown soldiers.

The largest mass grave in the Western hemisphere is filled with 7000 Confederate dead from Camp Douglas in Chicago, a contractor scam where $3 was paid for each burial, but where wagoneers were paid 50 cents to dump them in the swamps off the dike roads. And yes, corrupt officials pocketed the money.

My title might have seemed a bit a strange with the Confederate connection to Russia’s Great War, but there is a direct connection via the trauma endured by both societies in the casualties suffered during those two wars.

And I don’t mean a numerical comparison, as the WWII Soviet 20 million deaths (a low estimate) were much higher, but how they were comparable in terms of their percentage of the population touched, the families destroyed; in Russia’s case, not only the military dead but the huge civilian casualties.

New research in the US is pushing America’s Civil War war dead into the million range, far past the number of all our other wars to that date, and with the South having suffered disproportionately due to its smaller population. Countless Southern widows wore black for the rest of their lives.

As historian William Manchester shared with us in his autobiographical Goodbye Darkness, it was not the Confederate veterans who taught their children to hate Yankees, it was their mothers, aunts and grandmothers, with some of that legacy tied to the raping that occurred during Sherman’s March, living on for many decades.

Russia also finds its war dead monuments under attack for similar exploitive political reasons, under the umbrella term of Russophobia in both Ukraine and Poland, where we see the Western color revolutions being extended to the dead in much the same manner as in the U.S. against Confederates.

The only other group openly exploiting the defilement of the dead is ISIL, as it destroys the graves of Muslim holy men and Christian saints — the direct result of hate propaganda whipped up by religious, political and even intelligence agencies as part of their psychological warfare operations.

The same double barreled tactic is used to seed the historical narrative with lies, and to erase or bury anything that conflicts with the propagandized version so that only a graduate level historical scholar could have a chance to learn.

The internet changed all of that. That is where I learned the truth about my own Confederate ancestors.

My journey began with my utter embarrassment at not learning until my late 40’s that Lincoln’s Emancipation Proclamation did NOT free the slaves. The Confederate States just ignored it, and for all the slaves living in the Federal states, well… the Proclamation did not apply to them.

Slaves in the Yankee states remained so until the end of the war, and some were not freed until the 14th Amendment was passed years later. Huge numbers of black Americans know nothing of this.

The war which began with the firing on Fort Sumter, April 12th, 1861, was a psyops, one of four put in play while Congress was in recess during the summer by Lincoln and his Secretary of War Stanton.

The operations all involved secret missions to breach the truce by breaking the blockade of Federal forts in the South with military reinforcements…an act of war.

The historical lie was that the men were starving, when they were actually being routinely provisioned by Charleston harbor merchants. These multiple reinforcement attempts all included troops, weapons, ammunition and food, because when the war broke out, the food and water would be cut off.

Washington knew the ships would be fired upon and it could then be claimed that the South had broken the truce. Fort Pickens in Pensacola, Florida, was provisioned the night after the war started when they were not even aware of the Fort Sumter battle.

The Big Lie of Andersonville prison

The Yankee POW propaganda atrocity stories were also prime examples of the Big Lie. Contemporary Americans have Andersonville imprinted on them as the example of Southern cruelty during the war.

But the deaths there resulted in the combination of the Union’s ending of the prisoner exchange protocol, combined with Grant’s had adopted to end the war by attrition with constant fighting, using the North’s superior resources.

This flooded the Southern prison camps with numbers of POWs they had neither the facilities nor supplies to take care of, much of that due to the destruction of the railroad networks.

The infamous Captain Henry Wirz was hanged as the commandant of Andersonville, despite the guards there eating the same rations as the prisoners, and lying beside the dying Confederates in the medical ward with no medicine. He was offered his life in return for saying that President Jefferson Davis had ordered him to starve the Union prisoners, which Wirz would not do.

After the war the prison camp statistics revealed that the death rates in the Yankee prisons were equal to those in the South, despite the North having adequate facilities and supplies, but only historians were generally aware of that.

The American Civil War was fought over wealth, as usual

At the end of the day the North won. It had eliminated its Southern competitor from sharing in the wealth of the West. It had been threatened by the South’s plan to make New Orleans a tax free port, versus New York with its port duties.

All Western territory exports arriving at the Mississippi River could take the cheaper river barge transport to the free port of New Orleans, and that would have bankrupted the Northern industrialists with their fortunes invested in the northern route railroads.

The railroad money ruled the country for the next 50 years, through rigged rates and getting huge land grants all along the Western rail lines that made them fabulously wealthy. And today we see the American military deployed with the publicly stated goal of advancing “American interests”, when this is clearly seen as meaning American economic interests, which often reduces our military to being pseudo mercenaries.

While New Russia tried to develop its economy and recover from the modern Yankee financial pillaging it endured in the 1990’s under Yeltsin and the tutelage of Western financial advisers, it now finds itself being framed as an aggressive expansionist power. Even the war monuments to its soldiers are coming under attack, despite its having been an American ally in their Great War.

Southerners understand this slight. While serving in America’s armed forces, they must endure their Confederate ancestors being called traitors and the jihad against their ancestors’ symbols and monuments being taken down from the scourge of political correctness.

Confederates share the pain of every Soviet era family who lost their loved ones, because their monuments were earned the hard way through courage and sacrifice, as were the South’s. Despite the propaganda, we will continue to strive to live by Edmund Burke’s code of honor, and be faithful trustees of our inheritance.