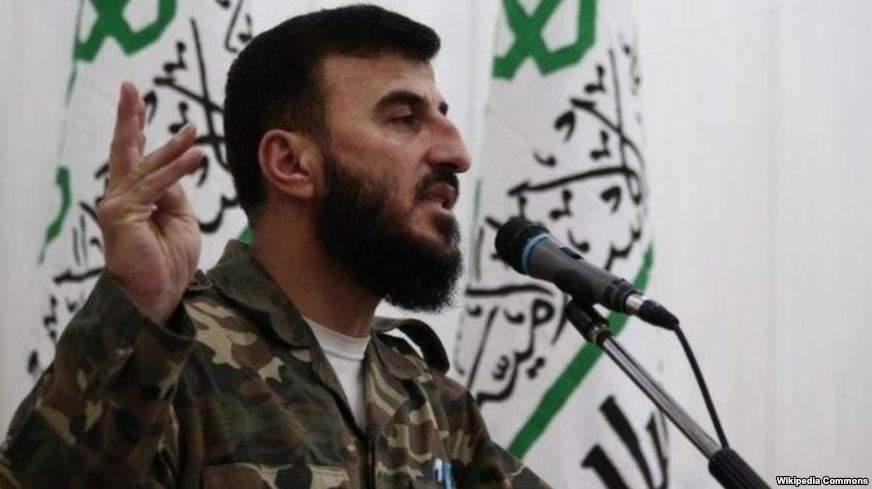 Yesterday, a short video was surfaced on social websites, showing a secret meeting between extremist rebels of Faylaq al-Rahman, Liwaa al-Umma (affiliated with FSA) and the former leader of Jaysh al-Islam Zahran Allouch.

The meeting was recorded with hidden cameras shows the two parties had a bitter quarrel over the ownership of $12 Million received by Zahran Allouch from his regional supporters.

Despite angry protests from the other side, Allouch responds that he is the one who controls East Ghouta region of capital Damascus and only he decides how to spend the money.

Emphasizing on the fact that this money belongs only to Jaysh al-Islam, Allouch adds,” since five years ago until now, I have supporters who backed Jaysh al-Islam and I received this amount of money in the meetings with them.”

These outrageous confessions come to light as the slain commander of Jaysh al-Islam, Zahran Allouch, had previously announced in several interviews that % 90 of his militia’s equipment and weapons were war trophies captured from the Syrian Arab Army (SAA) or procured from black market.

This latest video belies the false claims which portrayed the Syrian crisis as a ‘popular revolution’ and  is yet another proof confirming the malicious role which regional countries, namely Saudi Arabia and Qatar, play to craft and aggravate the Syrian five-year conflict.

It is worth mentioning that Hamad bin Jassim Al Thani—the former Qatari Foreign Minister — in an interview with the British newspaper Financial Times , admitted that Qatar and KSA escalated the war on Syria with Washington’s green light , saying : ” what happened in Syria was not a revolution but an international game.”