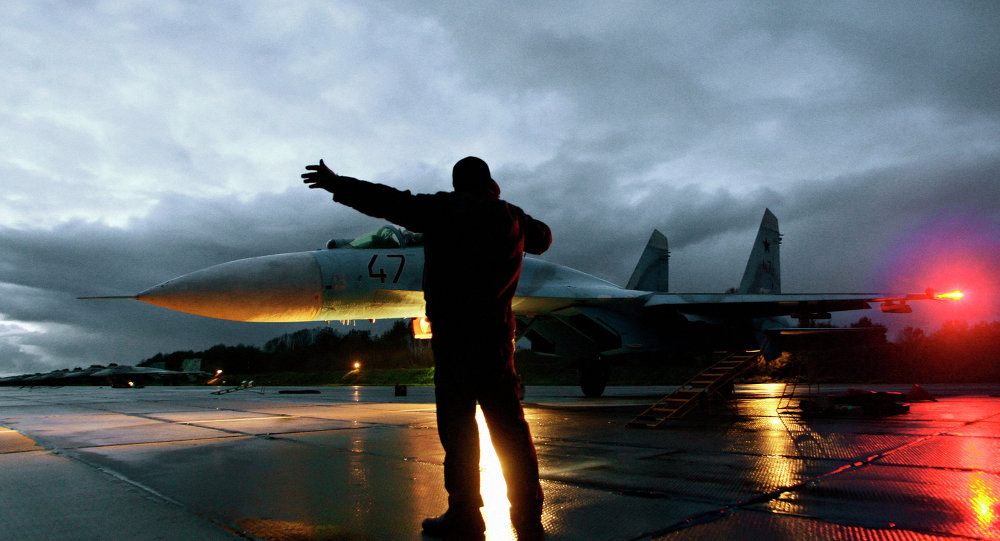 NATO expands along Russia’s borders, has gall to call Moscow the aggressor

[ Editor’s Note: These are tough times for Paleo-conservatives as the NeoCons do not like them to get much press contesting the NeoCon aggressive foreign policy, because the Paleos can slice and dice it to shreds. Pat Buchanan has a great example below in simple and clear language for those wanting to know the real scoop on NATO’s concerns over the so-called Russian threat.

My question is how many of those kinds of people are out there? It seems not hardly enough, as NeoCons have only Democrats to fear in their re-election campaigns. The once moderate Republicans have been on the endangered species list for some time, on the way to extinction.

VT has always been against manufactured, hyped foreign threats as a national security issue in themselves, an attack on the public’s pocketbook to divert limited resources into long-term economic benefit projects to shore up our economic defensive ramparts.

But it seems the bad boys have a large and powerful constituency that shares in wasteful government largess. The current prime example of this is the black hole that the F-35 has become, most recently failing tests to be able to crank up their engines, or I should say “boot up” their computers.

Someone designed huge cost overruns into the usual “cost plus” contracts that reward coming in over budget. And yes, the states that have the planes that suck down this whizzed-away public funding are as happy as they can be. Maybe they are security threats to the rest of us, like their political representatives have become… Jim W. Dean ]

Paleo-conservative commentator Pat Buchanan slams NATO hawks for working to expand the alliance’s presence all along Russia’s borders, while calling Russia out as the aggressive power. Instead of touting Putin’s belligerence, Buchanan suggests, observers should think about what it would be like to walk a mile in the Russian president’s shoes.

On Friday, Buchanan recalls, “a Russian Su-27 did a barrel roll over a US RC-135 over the Baltic, the second time in two weeks. Also in April, the US destroyer Donald Cook, off Russia’s Baltic [exclave] of Kaliningrad, was twice buzzed by Russian planes.”

“Vladimir Putin’s message: Keep your spy planes and ships a respectable distance away from us. Apparently, we have not received it.”

In his latest piece for in The National Conservative, the commentator quoted US Deputy Secretary of Defense Robert Work, who announced late last week that 4,000 NATO troops, including two US battalions, would be moved into Poland and the Baltic countries.

“The Russians have been doing a lot of snap exercises right up against the border with a lot of troops,” Work said, adding that this was “extraordinarily provocative behavior.”

“But how are Russian troops deploying inside Russia ‘provocative’, while US troops on Russia’s front porch are not?” Buchanan asks. “And before we ride this escalator up to a clash, we had best check our hole card,” he adds.

The political reality, the veteran geopolitical analyst notes, is that the majority of citizens of Western European NATO countries, including Germany, Italy and France, are opposed to escalating hostilities with Russia over Eastern Europe. “If it comes to war in the Baltic, our European allies prefer that we Americans fight it.”

A Mile in Putin’s Shoes

Deciding to conduct a thought experiment, Buchanan suggests that while Russian President Vladimir Putin “may top the enemies list of the Beltway establishment…we should try to see the world from his point of view.”

“When Ronald Reagan met with Mikhail Gorbachev in Reykjavik in 1986, Putin was in his mid-30s, and the Soviet Empire stretched from the Elbe to the Bering Strait and from the Arctic to Afghanistan. Russians were all over Africa and had penetrated the Caribbean and Central America. The Soviet Union was a global superpower that had attained strategic parity with the United States.”

“Now,” the analyst writes, “consider how the world has changed for Putin, and for Russia. By the time he turned 40, the Red Army had begun its Napoleonic retreat from Europe and his country had splintered into 15 nations. By the time he came to power,” Russia, the USSR’s successor, “had lost one-third of its territory and half its population. Kazakhstan, Kyrgyzstan, Tajikistan, Uzbekistan, Turkmenistan, Georgia, Armenia, and Azerbaijan,” among others, “were gone.”

“The Black Sea, once a Soviet lake, now had on its north shore a pro-Western Ukraine, on its eastern shore a hostile Georgia, and on its western shore two former Warsaw Pact allies, Bulgaria and Romania, being taken into NATO.”

“For Russian warships in Leningrad, the trip out to the Atlantic now meant cruising past the coastline of eight NATO nations: Estonia, Latvia, Lithuania, Poland, Germany, Denmark, Norway, and Great Britain.”

Moreover, “despite solemn US assurances given to Gorbachev,” Putin saw NATO “incorporate all of Eastern Europe that Russia had vacated, and three former republics of the USSR itself.” And now, the Russian leader also “hears a clamor from American hawks to bring three more former Soviet republics – Moldova, Georgia, and Ukraine – into a NATO alliance directed against Russia.”

In Ukraine, Buchanan continues, “after persuading Kiev to join a Moscow-led economic union, Putin saw Ukraine’s pro-Russian government overthrown in a US-backed coup. He has seen US-funded ‘color-coded’ revolutions try to dump over friendly regimes all across his ‘near-abroad’.”

Outgoing NATO commander Philip Breedlove recently told the Wall Street Journal that “Russia has not accepted the hand of partnership, but has chosen a path of belligerence.”

“But why should Putin see NATO’s inexorable eastward march as an extended ‘hand of partnership’?” Buchanan counters. If the situation were reversed, and it was Russian spy planes “patrol[ling] off Pensacola, Norfolk and San Diego, how would US F-16 pilots have reacted? If we awoke to find Mexico, Canada, Cuba, and most of South America in a military alliance against us, welcoming Russian bases and troops, would we regard that as [a] ‘hand of partnership’?”

Ultimately, the commentator notes, the US is “reaping the understandable rage and resentment of the Russian people over how we exploited Moscow’s retreat from empire. Did we not ourselves slap aside the hand of Russian friendship, when proffered, when we chose to embrace our ‘unipolar moment’, to play the ‘great game’ of empire and seek ‘benevolent global hegemony’? If there is a second Cold War, did Russia really start it?”

A veteran political commentator, columnist and writer, Pat Buchanan is also a former White House Communications Director for the Reagan Administration, and a former Republican and Reform Party presidential candidate.