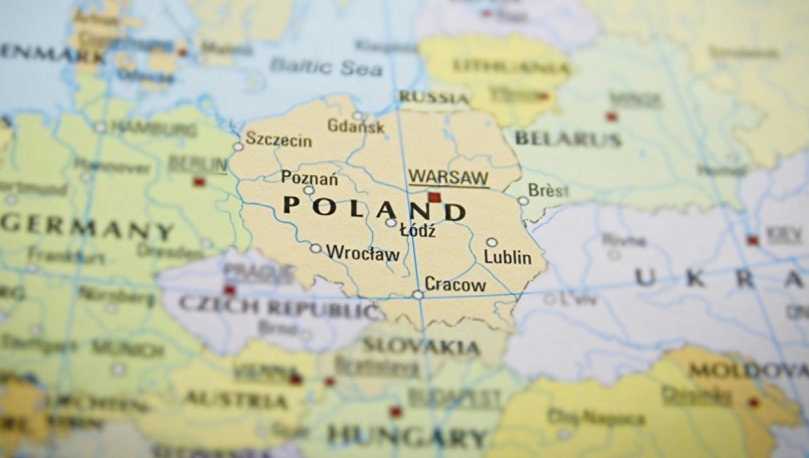 Polish political analyst Krzysztof Rak lays down the key geopolitical issues faced by his country in the 21st century, and recommendations on how Warsaw can gradually move beyond them and reassert its status as a major regional power.

In his article, published in the Polish news and analysis portal fronda.pl, Rak, a journalist and fellow at the Warsaw-based Center for Strategic Analysis, begins by noting that Warsaw, first and foremost, must admit to some hard truths regarding its current geopolitical status.

“Success in the international arena is a function of strength,” the analyst explains. “The Third Polish Republic is a weak country located in the sphere of influence of two Eurasian powers, and therefore – a satellite. An understanding of this fact is hindered by the existence of multiple centers of power, as well as by the fact some of the powers carefully attempt to hide their desire for hegemony.” Furthermore, “Poland, as noted by [sociologist and world-systems analyst] Immanuel Wallerstein, has no single political center. Therefore, we are influenced by not one, but several powers. In addition, we exaggerate our dependence on certain countries, and while not noticing our dependence on others.”Washington, Berlin, and the ‘Partnership in Leadership’

Germany, Rak notes, is one of the countries whose influence Warsaw exaggerates.

“Berlin is not a European hegemon, because it does not have the corresponding military capability. The German armed forces are relatively weak, and due to the ‘baggage of the past’, there is no public consensus in Germany on their use for purposes other than purely defensive ones.”

This, the analyst notes, has led to a situation where “Germany’s political and economic domination” is, effectively, “domination dependent on US permission. Already in 1989, Washington decided that in the western part of Eurasia, Germany would exercise leadership on behalf of the US. ‘Partnership in Leadership’ – that is the essence of the American concept.” As NATO Expands Along Russia’s Borders, Did It Not Get Putin’s Message?

“At that time, US policymakers came to an awareness of the limitations of the resources of the American empire, and decided to create a system of balances in which some powers that would obey them would also represent them in certain regions of the world. Germany fits this strategic paradigm perfectly and, importantly, has increased its global weight thanks to its Euro-Atlantic cooperation.””Washington and Berlin,” Rak emphasizes, do not flaunt the ‘Partnership in Leadership’ concept, “since their political elites have long claimed that a policy of balancing of forces and a ‘concert of powers’ is generally a bad practice, whose demonstration would have a negative impact on the image of the two countries.”

For this reason, the analyst adds, Warsaw usually overlooks the US concept for Germany. “Besides, the Polish political elite have never been known for an excessive sense of political realism. For them, it is more comforting to believe in the ideology of American leadership, the purpose of which is allegedly only meant to spread good, peace and prosperity throughout the world.”

Russia: ‘A Peripheral Power of the West’?

Poland’s “dependence on Russia,” Rak writes, “is a taboo topic” among the country’s foreign policy establishment. Furthermore, “it’s something that does not fit into the minds of naïve Poles. After all, the logic goes, ‘if the West, that is, the Americans and the Germans, are fighting tirelessly in the international arena for freedom and democracy, then they will certainly also protect Poland from the [Russian] ‘evil empire’ and will not allow it to pursue their murky interests in our region.”

The reality, according to the analyst, is far more complex. “We forget that the biggest nightmare for the US is not Putin’s restoration of empire, but any sort of scenario involving the territorial disintegration of post-imperial Russia, which would cause massive destabilization in Eurasia and would threaten part of Russia’s massive nuclear arsenal ending up in the wrong hands.”Therefore, Rak notes, “if it becomes necessary to [betray] the interests of Central Europe, Washington would certainly decide that this would not be too high a price to pay. Berlin understands this, and therefore cooperation between Russia and Germany is in full swing.”

“The most paradoxical fact,” according to the analyst, “is that the Polish elite itself, despite its verbal hostility toward Russia, has for years supported Moscow’s dominance in the Central European energy market. We are one of Russia’s most important customers, because almost all our imports of gas and oil come from the east.”

“It is eloquent testimony that our country’s political establishment has torpedoed any moves toward diversification, [thus] maintaining our dependence on Russia. Unfortunately, these are the facts.”

The Principle of the ‘Concert of Powers’

Poles, Rak notes, “do not understand why the Western powers so often put the interests of the ‘barbarian’ Russian empire above the interests of their smaller allies. We forget about the principle of the ‘concert of powers’, based in the idea that small and medium-sized states are a kind of trophy to big powers. Their usefulness lies in the fact that big powers can make compromises at the smaller powers’ expense.” The reality, the analyst argues, is that despite the recent downturn in relations between the West and Russia, Western powers actually remain interested in preserving the status quo inside Russia, since the Kremlin remains either unwilling or unable to seriously threaten the West in the global ‘geo-economic’ competition.”

“Therefore, it should be no surprise that for Western powers, the presence of Putin in the Kremlin is a hundred times more important than the interests of small and medium-sized powers, which are very weak, and lie somewhere on the periphery.”

At the same time, Rak suggests, “Poland’s post-communist elite…has accepted, consciously or unconsciously, that Poland cannot expect anything better than the status of being a periphery of the West. In part, they were right.”

Through the geopolitical transformations of the late 1980s and early 1990s, the analyst recalls, Poland’s global status changed. This period, he says, citing terms proposed by Russian political scientist Boris Kagarlitsky, moved Poland “from the periphery of the peripheral empire,” to “the periphery of the [new] center of the world system (the West). This was undoubtedly a historic leap, and our ruling elite acknowledged that it was satisfied with this state of affairs.”

Today, Rak notes, Poles should reconsider whether this axiom continues to hold true, and whether it is still the only status Poland could hope for.”Strength, in the modern sense, is made up of both hard and soft power. The first consists of countable resources: demographic, economic, military. The second relates to the attractiveness of the state’s image [abroad].”

For Poland to increase its strength in the international arena, the analyst writes, the country needs demographic growth which is far higher than it is today, economic growth of between 5-10% per year, and an effective and well-armed military.

In the ‘image’ category, Rak adds, Poland “must cease to be associated with anti-Semitism, ‘Polish’ concentration camps and car thieves.” The current ongoing domestic political conflict too is worsening the country’s image. Furthermore, Poland must engage in the creation of an external information policy.

In any case, the analyst emphasizes, Warsaw must understand its limitations. “Even if we were to live through a golden decade during which we could significantly improve our potential, we still would not catch up to the two powers that hold the cards in our region, namely Germany and Russia. We are not capable of imposing our own conditions, but we can strengthen our country so that both Berlin and Moscow begin to take Polish interests into consideration.”

Ultimately, Rak argues, Poland should increase its activity in the region, but must “avoid empty statements and focus on the specifics.” A declaration of intent is not enough if Warsaw wants to create an alliance aimed at challenging German and Russian dominance.

“Of fundamental importance here is an improvement of our relations with Lithuania and Belarus, as well as the revival of contacts with the Czech Republic,” the analyst notes. “The slower you go, the further you get,” he slyly adds, citing the famous Russian proverb. “Instead of yelling about our plans to pursue a policy directed against German and Russian interests, and then hopelessly watching as they successfully block our initiatives, it’s better to focus on the implementation of a specific project.”

This project, the analyst rather unconvincingly suggests, could include an attempt to use Poland’s geography to influence the European energy market via the sale of surplus imported gas supplies for a profit. This, he notes, would require the construction of a second LPG terminal in Gdansk, and the creation of a north-south pipeline running toward Slovakia. “The most difficult thing,” he admits, “would be to sign long-term contracts with the partners who would buy the surplus.”

Finally, Rak writes, Poland needs a national bipartisan consensus on foreign policy. At the same time, the country’s EU and NATO partners “must be convinced of our determination…Credibility, or lack of it, is one of the main challenges for Polish regional policy.”

Rak’s article was translated into Russian by the Russian foreign news translation portal Inosmi.ru. Commenting on the analyst’s arguments, the more serious readers suggested that instead of pushing for confrontation with Russia, Warsaw might do better to forge serious, mutually advantageous bilateral relations with its Slavic cousin.

‘Post-imperial’, the term the analyst uses to describe contemporary Russia, is really quite revealing in explaining Moscow’s attitude toward Central and Eastern Europe. In the Russian view, if it breaks out from under German and American domination, Poland can actually cease to be an ‘eternal periphery’, and can become a power center of its own.