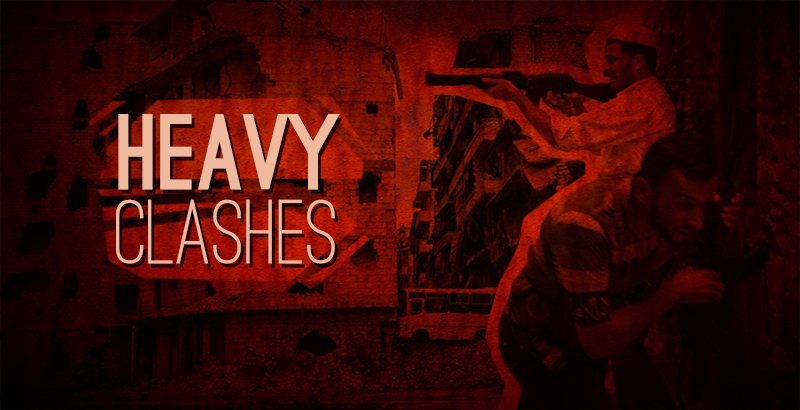 On May 2, the Syrian Arab Army (SAA) and its allies counter-attacked advancing on ISIS positions in the eastern parts of the Homs province. According to pro-government sources, at least 175 ISIS militants have been killed in the recent clashes near the al-Hail oilfield along the Palmyra-Deir Ezzur highway and in the Jabal al-Shaer region.

The pro-government forces restored security to vast plains near the re-seized mountains in the area of Palmyra. ISIS terrorists withdrew from Jabal Jazal, the Southern plains of Jabal al-Mketa’a and the plateau in the Western side of the Antar mountain. Meanwhile, the Syrian Arab Army (SAA) was able to deploy to the outskirts of the town of Arak in the province’s oil-rich region. It’s expected that the SAA will storm the town in the coming days.

The government forces repelled an attack of al Nusra and its allies on the western part of the city of Aleppo. The terrorists had attacked the city from 5 directions. However, they weren’t able to pass the loyalists’ defenses and were pulled back by the airstrikes of the Syrian Air Force.

Dozens of terrorists have been reportedly killed. The goverment forces haven’t provided information on their casualties yet. Aleppo has recently faced a wide escalation of violence. At least 100 civilians were killed last week as a result of heavy clashes in the city.

The Al Nusra-linked group, Jund Al-Aqsa, launched an operation to push the SAA out of the northern parts of Hama. The militants advance is ongoing in the area of the Aleppo-Damascus highway, including the villages of Ma’rkabah, Taybat Al-Imam, and Al-Buwaydah. There are no confirmed reports about the militants’ successes yet.

The Kurdish Peshmerga supported a major military operation of the Shiite Popular Mobilization Forces (PMF), the Iraqi Security Forces against ISIS in order to free the al-Bashir village. It’s located south of Kirkuk, in northern Iraq. Now, the clashes are ongoing in the villages of al-Mazraa and al-Bu Mifrij in the vicinity of al-Bashir.

Iraqi forces liberated the road between Hit and Haditha in the province of Anbar from ISIS. Iraq’s joint operations command, which is coordinating the operation, reported on Monday that troops advanced along the Euphrates River, retaking control of several villages and the key highway. Thus, the road is now open between Hit and Haditha, via al-Baghdadi.