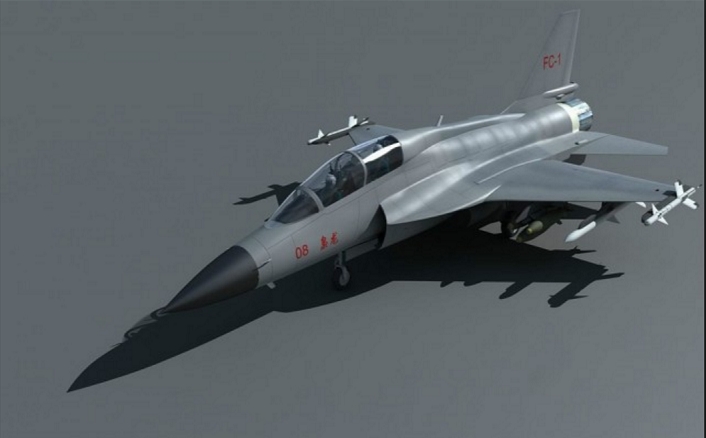 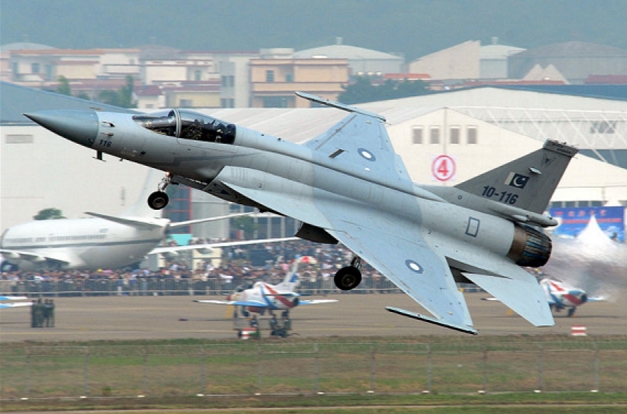 “The only significant change to the aircraft apart from the extra seat is a dorsal fin that contains an additional fuel tank. This means the JF-17B’s fuel load is comparable to the single seater,” according to Flight Global. “Production of the first JF-17B was initiated by Pakistan and China during a joint ceremony at Chengdu Aerospace Corporation,” the Pakistan-based Dawn newspaper reported on April 28. CAC is located in Chengdu city in Sichuan province in southwest China.

A defense official working on the JF-17B program emphasized that there will be “no loss in combat capability with the addition of the extra seat.” Chinese and Pakistani representatives familiar with the JF-17N program have repeatedly said that a two-seat variant of the aircraft is under development. The first flight of the two-seat variant is planned for the end of 2016; the PAF plans to induct the first JF-17B in April 2017.

The JF-17 is a lightweight, single-engine, multirole combat aircraft, powered by a Russian-designed but Chinese-built Klimov RD-93 (RD-33 derivative) turbofan, capable of reaching a top speed of Mach 1.6. The fighter purportedly has an operational range of around 1,200 kilometers (745 miles).