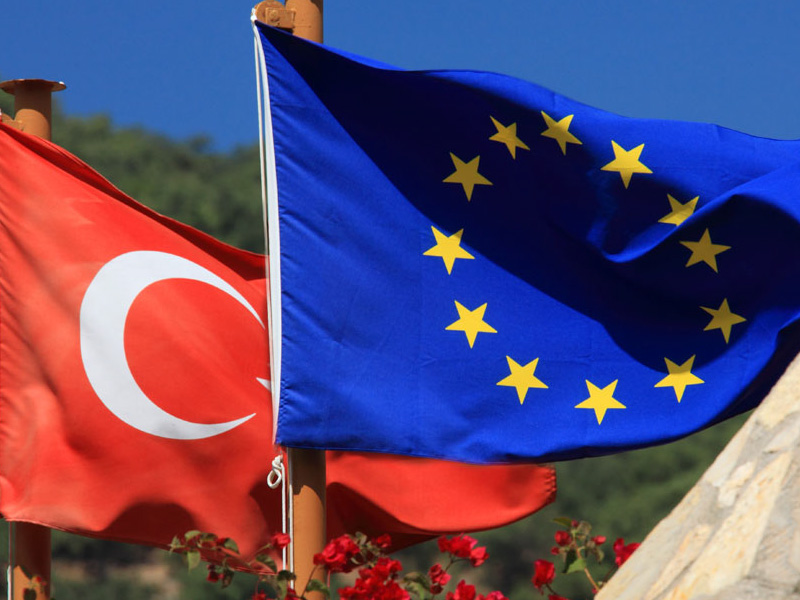 [ Editor’s Note: The EU commission seems to be fast-tracking the visa program for Turkey. Anyone familiar with government red tape in that region of the world knows there is no way all of the required issues are being resolved quickly.

Turkey is getting a waive-through on them, but that still leaves the independent EU countries to throw a monkey wrench into final passage.

When the EU cannot even process refugees, one wonders how they are going to keep track of the millions of Turkish refugees who will now flood into Europe. Where will the resources come from and who will pay for them, and where will all the Turkish translators come from?

This is going to add another big mess on top of the several that the EU already has. And millions of Ukrainians are waiting like a coiled spring to get out of the self-inflicted suicide of that country, which includes a lot of the criminal gangs looking to move on to richer pastures.

What we have is another case of the worst government that money can buy… Jim W. Dean ]

The European Commission has given its support to a visa-free travel deal with Turkey after Ankara threatened to back out of a landmark migration deal. It is proposed to lift visa requirements by the end of June.
The decision was confirmed by European Commissioner for Competition Margrethe Vestager on Twitter.

“The European Commission is today proposing to… lift the visa requirements for the citizens of Turkey,” Vestager tweeted.

EU governments and the European Parliament still have to approve visa-free travel for Turkey.

“Turkey has made impressive progress, particularly in recent weeks, on meeting the benchmarks of its visa liberalization roadmap. There is still work to be done as a matter of urgency, but if Turkey sustains the progress made, they can meet the remaining benchmarks,” EC Vice President Frans Timmermans said.

That’s why the European Commission is “putting a proposal on the table which opens the way for the European Parliament and the member states to decide to lift visa requirements, once the benchmarks have been met,” he added.

According to the adopted document, visa-free travel will apply to all EU member states except for Ireland and the UK, who have their own visa requirements, and to the four Schengen-associated countries (Iceland, Liechtenstein, Norway and Switzerland).

“The exemption concerns only short stays of up to 90 days (in any 180-day period) for business, tourist or family purposes, among others. The visa exemption does not provide for the right to work in the EU,” the document said.

The EC also proposed to strengthen a “suspension mechanism” to make it easier for EU member states “to notify circumstances leading to a possible suspension and enabling the Commission to trigger the mechanism on its own initiative.”

Among entry conditions for accessing the Schengen area for Turkish citizens will be “the need to be able to prove their purpose of travel and sufficient subsidence means,” the paper added.

Earlier on Wednesday Turkish Foreign Minister Mevlut Cavusoglu said Ankara is about to complete the work on visa-free travel to the EU for its citizens, the country’s NTV channel reported.

The news about possible visa-free travel between Turkey and EU made headlines on Monday. An EU official told Reuters that Turkey has fulfilled 65 requirements, which means the number of conditions satisfied doubled in less than two weeks. As of the end of April, Turkey had reportedly met less than half of the conditions required.

Also on Monday the Turkish cabinet adopted a bill allowing visa-free travel for all EU citizens, including Greek Cypriots. Though visa requirement will be lifted for all Greeks in Cyprus, a Turkish official stressed to Reuters that Ankara doesn’t recognize Cyprus.

“This doesn’t mean the recognition of Cyprus. If the EU abolishes visas for Turkish citizens, then we will also abolish visas for the remaining EU countries,” the official said on condition of anonymity. “Right now, Greek Cypriots can already travel to Turkey, but we are issuing their visa on a separate paper. With this new arrangement they won’t need a visa.”

In April, Turkey threatened to back out of the migration agreement with the EU, unless travel rules were eased for Turkish citizens when entering the EU. The deal went into effect on March 21.

The agreement stated that Ankara promised to accept repatriated refugees from Greece with no EU entry permits, in exchange for sending the same number of vetted Syrian refugees. In return, Turkey would be given up to €6 billion in European funding over the next five years.

Turkish authorities have repeatedly come under fire from human rights groups and activists who said Ankara placed its Syrian refugees in war zones on the border with Syria.