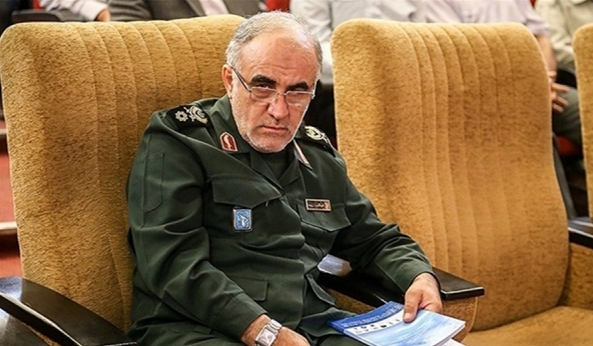 “Had it not been for Israel’s intelligence backup for the terrorists, the terrorist groups in Syria would have surely been destroyed around 2 to 3 years ago,” Security Advisor of the General Staff of the Iranian Armed Forces General Rastegarpanah said on Wednesday.

He said that today everyone is aware that the dissident organizations that are confronting the Syrian government are subgroups of Israel’s intelligence bodies.

General Rastegarpanah reiterated that the terrorists easily commute between Syria and Israel, reminding that “the Zionists set up field hospitals for the terrorists and supply them with ammunition”.

Last month, Iranian Defense Minister Brigadier General Hossein Dehqan warned the world states of the threat imposed by terrorist groups which are supported by the US, Israel and Saudi Arabia.

“We believe that today the entire world is threatened by insecurity, instability and spread of horror resulted from acts of the Takfiri-Zionist terrorist groups which are supported by the US, Israel and certain regional countries, headed by Saudi Arabia,” General Dehqan said, addressing the 2016 Moscow Conference on International Security (MCIS) on Tuesday afternoon.

He also downplayed the effectiveness of the so-called anti-terrorism coalitions by the terrorists’ supporters, saying they are not interested in serious and decisive battle against the terrorists and actually reinvigorate and recruit the terrorist groups under the disguise of humanitarian aid, truce, negotiations and deceptive slogans.

Also in April, Secretary of Iran’s Expediency Council (EC) Mohsen Rezayee said that the US, Israel and certain regional states are collaborating to heighten threats against the Islamic Republic.

“The enemies used the former Iraqi dictator Saddam’s imposed war as well as sanctions to weaken the Islamic establishment in Iran and today they are manipulating the proxy wars to accomplish the same goal,” Rezayee said on Friday.

The secretary of Iran’s Expediency Council reiterated that the Iranian nation will foil plots by the US and Israel.