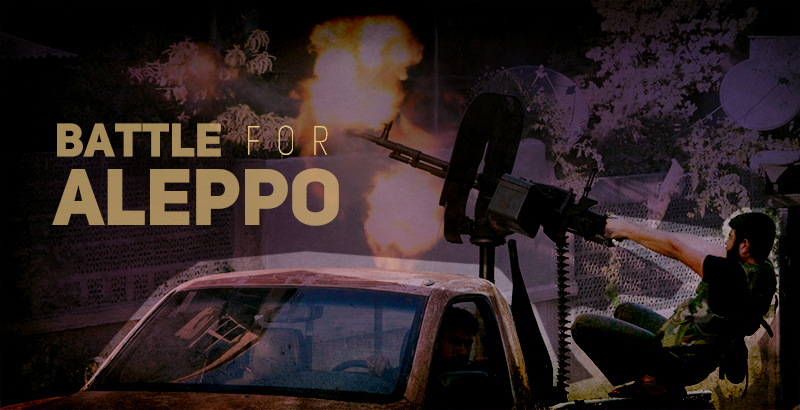 On May 3, militants launched a full-scale offensive in the city of Aleppo, targeting positions of the Syrian Arab Army (SAA) and the National Defense Forces (NDF). The militants – the Free Syrian Army, Jaish al-Muhajireen wal-Ansar, Nour al-Din al-Zenki and al Nusra – started the operation with detonating a large tunnel bomb under the Air Force Intelligence (AFI) building.

The main clashes were reported in the Al-Zahra district in west Aleppo where Al Nusra and Free Syrian Army units managed to breach the government forces’ defense lines and capture Family House park and Al-Zahra Association Quarter. The clashes were observed at the AFI building and the Great Prophet Mosque of Aleppo City. The both sides were using artillery and heavy military equipment, including battle tanks. The Syrian Arab Air Force and Hezbollah came to succor the government forces in the area.

Late night, the loyalists successfully counter-attacked and seized back Family House park, Al-Zahra Association Quarter and secured the district. Pro-government sources report that about 80 militants were killed during the clashes. Al Nusra and its allies argue that “the regime” lost more than 100 fighters. However, the numbers can’t be confirmed.

Meanwhile, clashes were observed near the villages of Nubl and al-Zahr where the SAA cut off the militants’ supply route between Northern and Southern Aleppo. A terrorist commander, Eiman Zakariya and 100 of his men were reportedly killed there.