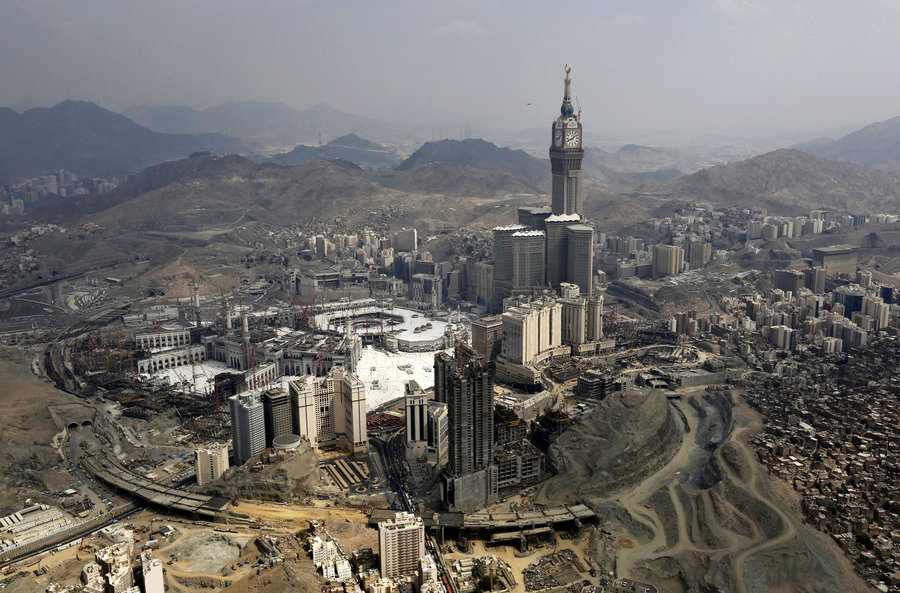 (Cairo, Egypt) – According to prophetic claims made by the controversial Egyptian astrologer Ahmed Shaheen, aka the Egyptian Nostradamus, transferring the sovereignty of strategic Egyptian Tiran and Sanafir Islands in the Red Sea to Saudi Arabia was mystically mentioned in the Book of Exodus and this incident shall follow the rise of a young and incompetent prince in the Saudi kingdom, being groomed to jump long succession line and ultimately become the next Saudi Arabian potentate in 2016  and this sudden shift of power shall be ensued by the disastrous collapse of famous Mecca Clock Tower, destroying the Kaaba which is the holiest Islamic site.

In an exclusive interview with our correspondent in Cairo, Mr. Shaheen stated that the most shameful events are taking place in the oil-rich kingdom (, e.g. rampant homosexuality and Rainbow flag which can be seen hoisted in rooftops, unprecedented floods sweeping across Saudi Arabia and last but not least, an American woman being offered $10m to spend a night with a Saudi prince.)

“According to my knowledge with constellations, zodiac arts and The Old Testament, I expect a young corrupt Prince shall assume the throne of his father after committing heinous crimes against many innocents and a tall clock tower will collapse on Holy Kabba during Virgo , the sixth astrological sign and exactly in the Hajj season — the annual Islamic pilgrimage to Mecca.