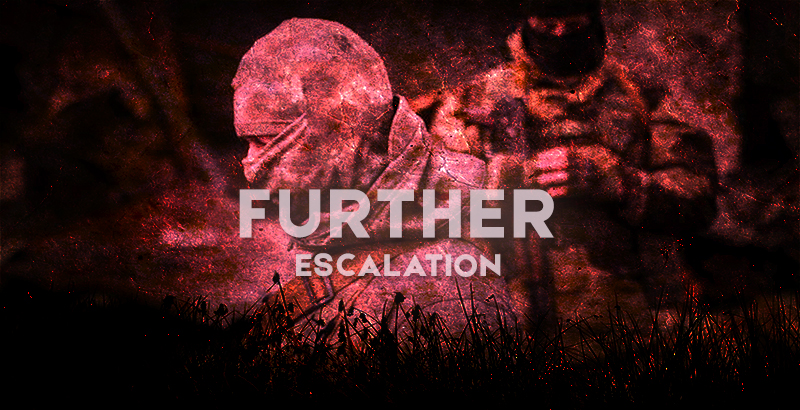 On April 28th, Russia’s permanent representative to the United Nations, Vitaly Churkin stated that, “The last report of the [OSCE] Special Monitoring Mission notes that only 9 percent of the declared weaponry remains at Ukrainian warehouses. In other words, 91 percent of what should be in the warehouses, they have taken out. Most of the missing weaponry has been spotted on the frontline.”

A noticeable increase in shelling by the Ukrainian Armed Forces of areas under the control of the DPR and LPR, and the infiltration by small reconnaissance and sabotage teams across the line of contact in the Eastern Ukraine has taken place over the past week. The presence of large amounts of heavy equipment of the UAF, including tanks, self-propelled artillery, MLRS systems, as well as towed artillery and heavy caliber mortars have been noted by both the OSCE and DPR/LPR intelligence services within the 15 kilometer exclusion zone separating the opposing forces. Although both sides in the conflict have routinely violated the heavy weapons exclusion zone stipulated by the Minsk II agreement, the UAF has increasing done so since the beginning of 2016, having fully abandoned any pretense of honoring the agreement over the past several days.

The OSCE report of April 20th, states that explosions of “unknown origin” were recorded in the areas of Donetsk, Avdeevka and Marinka. The OSCE report noted the incessant shelling of Gorlovka over a 24 hour period, including 164 explosions, including  92 mortar shells, 72 explosion of undetermined origin and at least 63 exchanges of fire from infantry fighting vehicles (BMP-2’s). Over the same 24 hour period, the Deputy Commander of the Ministry of Defense of the DPR, Eduard Basurin, in his daily press conference, took note of the heavy and sustained shelling by the UAF and reported on the increased military build-up near the line of contact. DPR reconnaissance forces and the intelligence services have recorded the positioning of large amounts of heavy weapons within the exclusion zone by the UAF over the past 72 hours.

In addition to Basurin’s remarks, a spokesman for the Ministry of Defense of the LPR, Major Andrew Marochko, stated on April 20th that the UAF has moved units comprised of Crimean Tartars and Turkish militants into forward areas adjacent to the contact line along the borders of Lugansk. As ominous as the concentration of heavy weapons within the exclusion zone are, the presence of foreign mercenaries and paramilitaries is even more troubling. Photographic evidence is emerging via social media that corroborates the statements made by the spokesmen of the militias. Neo-Nazi volunteers from Poland and Austria have been observed with UAF units on the front line, as well as Crimean Tartars, Turkmen, and militants from the Southern Caucasus Republics. The regime in Kiev has decided to infuse these more “motivated” radical elements into the conflict alongside the many ultra-nationalist units such as Aider and Azov.

Between December 2015 and February of this year, the Ukrainian Armed Forces have consolidated their position in the exclusion zone by seizing and occupying towns and settlements within the neutral zone, including the towns of Pischevik, Pavlopol, Vinogradnoye, Gnutovo, Shirokino, Bakhumutovka and Zhovanka. Although a direct violation of the terms of the Minsk II agreement, the UAF’s consolidation of territory within the exclusion zone is a clear step in preparing for a new offensive. The UAF is now obviously staging troops and equipment in a number of forward “jumping- off” positions.

Against the backdrop of continuing political upheaval in Kiev, the preparations for a summer offensive on the part of the Ukrainian regime becomes even more probable. The resignation and subsequent disappearance of Arseniy Yatsenyuk, and his replacement by long-time ally Volodymyr Groysman, shows that Petro Poroshenko is solidifying his power in Kiev. The next step, after further solidifying his political position, is for Poroshenko to once again attempt to remove by force, all opposition in the eastern regions of the country. The foiling of a plot to assassinate the head of the DPR, Alexander Zakharchenko on April 28th also shows an attempt by the Kiev regime to decapitate the rebel leadership just prior to a major offensive operation. These developments are occurring on the eve of decisions in France and Germany of whether or not to continue sanctions against Russia, the anniversary of the bloody massacre of Odessa on May 2nd, and as the World Bank and the U.S. administration mark three years of backing a violent regime change that has yet to completely solidify power in the interests of the western political and financial establishment.