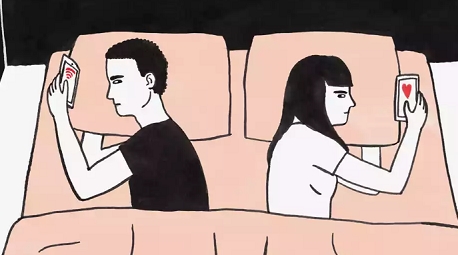 A few weekends ago, Chelsie Wilson spotted Tinder on her boyfriend’s phone. She was angry. They’d met on the dating app seven months earlier and he’d promised that he wouldn’t download it on his new phone. Now, he was full of excuses. He claimed Tinder had transferred automatically from his old device, that he liked to swipe through her profile pictures and read their old messages. But Wilson didn’t believe him.

A few days later, Wilson went in to work at a credit union in St Louis and confessed to colleagues that she thought her boyfriend might be cheating on her. A co-worker mentioned Swipebuster, a new website that scans Tinder’s public database and reveals whether someone has a profile and the last time they used it for the low price of $4.99.

Wilson is not normally the jealous type, but she had a “gut feeling” that something was wrong.

Technology has made it easier than ever to be unfaithful. Apps like Tinder, Bumble and Grindr present a never-ending rolodex of hookups-to-be, while messaging services store illicit dinner plans in password-protected phones. But it’s also easier than ever to catch a cheating partner with a vast selection of websites, apps and spyware that can monitor their mobile footprints.

Clandestine services, such as Swipebuster, that allow jealous lovers to track someone’s activity without their knowledge are the most controversial. They range from websites that scrape public data (perfectly legal) to spyware such asFlexiSPY and mSpy that, once covertly installed, enable remote surveillance of a person’s phone (not so legal). On the more ethical side are apps such as Couple Tracker and mCouple that allow partners to consensually access each other’s texts, calls, Facebook activity and GPS location.

And then there’s the flat-out weird, such as smoke detector hidden cameras and mattresses with motion sensors that expose questionable activity. These technologies can provide closure to a suspicious partner, but they can also stoke paranoia and exacerbate the very trust issues they seek to fix.