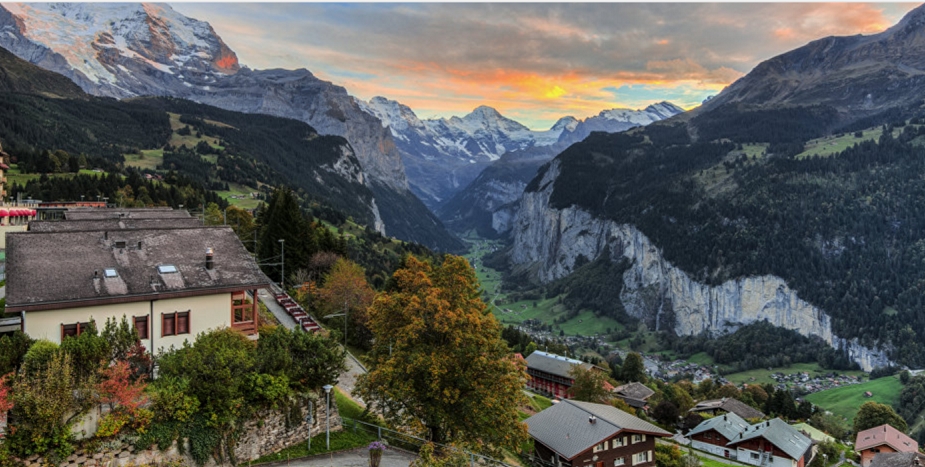 When Swiss citizens go to the polls next month, they will decide whether the Alpine country will become the first nation to guarantee its citizens a basic monthly income.

With the election season underway in the United States, a key issue during the Democratic primary race has been the minimum wage. But while Hillary Clinton and Bernie Sanders spar over the difference between $12 and $15 per hour, Swiss voters could enact a much bolder change to ensure basic living standards.

Voting will take place on June 5 for a proposal that would require the government to guarantee every Swiss citizen and legal resident $2,600 tax-free per month. Each child would receive $650 per month.

“This is a great idea,” Chloe Hubert, a student at the University of Geneva, told USA Today. “I only work on weekends, so this income would really help.”

Switzerland allows any proposal to be placed on the ballot, so long as a minimum of 100,000 signatures are obtained. This particular initiative was put together by a group of intellectuals.

Given that it’s one of the wealthiest countries on Earth, Switzerland is in a unique position to enact proposals that have only been vaguely discussed in other countries. Proponents argue that a basic income motivates workforces and stabilizes economies.

The full amount would not be given to every citizen. If an individual makes $2,000 per month, for instance, they would be given $600 more by the government to ensure that basic income needs are met. Those who earn more than the basic sum would not receive a government stipend, but $2,600 of their salary would not be taxed.

The proposal has its critics.

“[This would] put at risk a system that motivates people to work and get training,” parliamentarian Raymond Clottu told the Swiss Broadcasting Corporation. “So we should try to improve it, not bring in basic income which would destroy the motivation to work.”

The Swiss government has warned of tax increases necessary to implemented to cover the $200 billion a year program.

“Considerable cutbacks or tax rises would be necessary to finance this basic income, which could not replace today’s social security system entirely,” the government said on its website.

The proposal is viewed as having little chance of success. Early polls show that most Swiss voters do not support the move, and, with the government campaigning against it, it seems unlikely that proponents will be able to garner enough support in the single month remaining.

Still, even it fails this time, the conversation surrounding a basic income for all citizens is gaining traction, and this proposal could be the first of many to come.