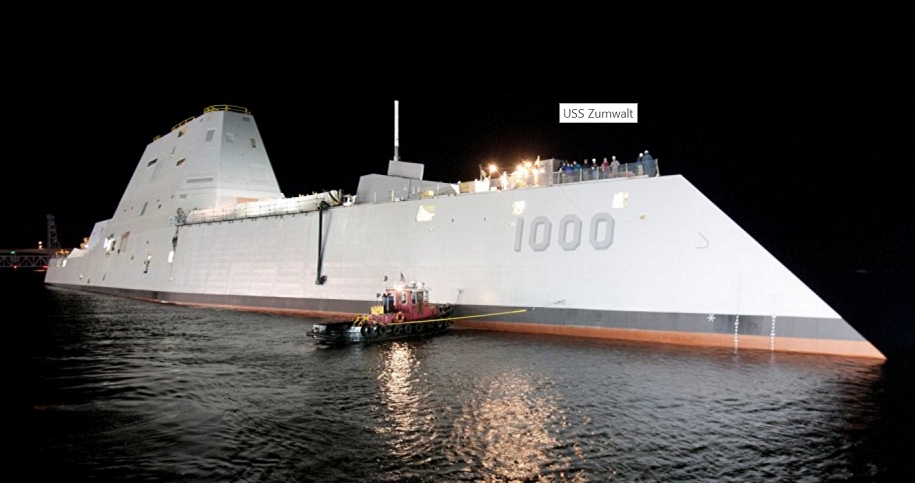 The DDG 1000, also known as the USS Zumwalt, is the Pentagon’s $3 billion guided-missile destroyer. Featuring advanced stealth capabilities, it will be operational in 2019, if all goes well.

“This underway period is specifically scheduled to demonstrate the ship systems to the Navy’s Board of Inspection and Survey and the ship will return to port upon conclusion of the demonstrations,” Navy spokesman Matthew Leonard told Scout Warrior.

The Zumwalt is the first of three next-generation ships the Navy hopes to induct into the fleet.

Because of its stealth design, the 600-ft. long ship has a radar cross-section roughly the size of a small fishing boat. Its electric drive system also means a quieter operation than its diesel counterparts.

Despite being considered cutting-edge naval technology by the Pentagon, critics point out that the USS Zumwalt’s stealth design may render it unsafe on the open seas.

“Increasing wave heights…lead to drastic reductions in the stability of the tumblehome topside hull form,” reads a report presented at the 9th International Ship Stability Workshop in Germany, according to Wired Magazine.

Heedless of safety concerns, the program has progressed. Navy officials speaking to Scout Warrior report that a second Zumwalt-class destroyer is 75% complete. Construction of the third is said to be underway.