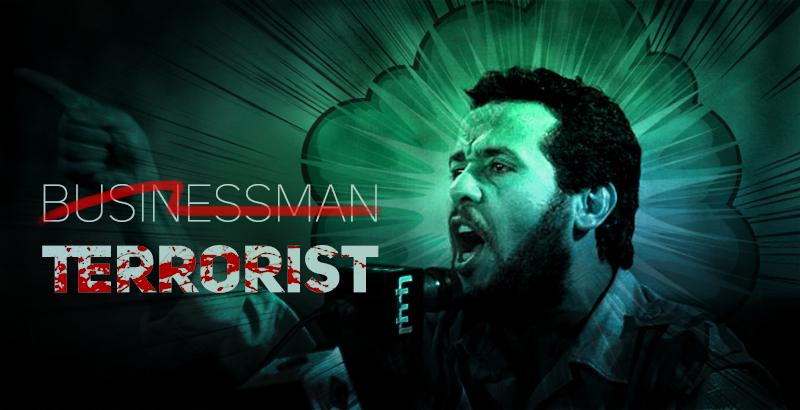 The ongoing crisis in Libya pushes the West to make attempts to consolidate powerful political leaders over the “unity government” project. The main criteria of such involvement is the ability of these leaders to provide military assistance to the Western-backed government.

The leaders’ biographies’ or even involvement in terrorist actions are ignored. By this, the EU and the USA are trying to avoid the situation where they will be forced to deploy a significant ground force in the region.

The Special Representative, Head of the United Nations Support Mission in Libya, Martin Kobler, is negotiating with Libyan politician and military leader, Abdelhakim Belhadj. Belhadj is the former head of the al Qaeda-linked Libyan Islamic Fighting Group, and a major player in the U.S.-backed overthrow of Muammar Gadhafi.

Belhadj has a reputation for involvement in international jihad, as well as playing a key role in the 2004 Madrid train station bombings, and is accused by investigators of being involved in the murder of two Tunisian politicians at the behest of the Muslim Brotherhood.

In the 1980s, Belhadj and other leaders of the LIFG joined the Taliban in Afghanistan. Following the US invasion of Afghanistan, Abdel Hakim was arrested in Pakistan in late 2001, and handed over to US security officials, but unlike other captives taken in Afghanistan, he was repatriated to Libya two months later. Belhadj was arrested in 2004 at Kuala Lumpur International Airport in Malaysia.

He was then transferred to Bangkok and was then placed in the custody of the U.S. Central Intelligence Agency, where he was retained at a secret prison at the airport. Returned to Libya on the rendition aircraft N313P, he was held at the Abu Salim prison for seven years. These developments show clearly that Belhadj has been collaborating with both the US and Libyan special services.

Belhadj is a significant figure in the Tripoli government and his forces play a significant role in the Islamist “Libyan Dawn” coalition (which includes the Muslim Brotherhood and al Qaeda’s Ansar al-Sharia), which currently holds large parts of Tripoli.

At the very same time, Belhadj is the so-called “accomplished business man” and controls a business activity in Mitiga International Airport. He receives payment from the airport’s traffic, including for military supplies to the Libyan Dawn from Qatar. He is now the de-facto owner of the Al Nabaa TV channel, which had been set as an Al Jazeera branch in Libya and the airline company, Libyan Wings. Belhadj also has business interests in the sphere of media, air traffic and medical care insurance in Turkey and Tunisia.

The Western powers have decided to involve a terrorist and the leader of an international criminal organization as an ally in order to set into the power the so-called “unity government” of Libya which has almost no support throughout the country. Do they really believe that this is a good plan in the best interests of the Libyan people?