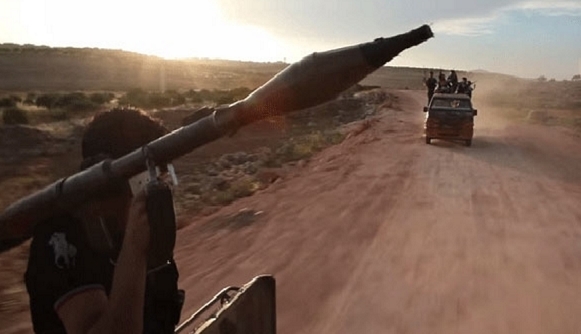 “Based on continued demands of the Ankara-backed terrorist groups of Faylaq al-Sultan Murad, Ahrar al-Sham, al-Nusra Front and Faylaq al-Sham and after repeated reports on the involvement of Turkey in shipment of arms to terrorist groups in Syria, the Turkish military and intelligence officials managed to open a new border crossing with the width of 2 kilometers for the dispatch of tanks and armored personnel carries to the terrorist-held regions North of Syria,” the sources said.

In mid-April, informed sources said that a large number of terrorists, with different nationalities, crossed the Turkish border with Syria’s Northern province of Aleppo to join their comrades in al-Nusra Front.

“Foreign-national terrorist, trained and supplied in Turkey, have entered the territories of Northern Aleppo in groups to join the al-Qaeda-affiliated al-Nusra Front,” the sources said, adding, “The fresh terrorists have brought with them a large volume of ammunition and weapons.”

Different sources have underlined on many occasions the role of Turkey and Saudi Arabia in infiltration of foreign terrorists and shipment of arms to terrorist-held lands in Syria.

The sources also have confirmed that al-Nusra Front has no good situation in Aleppo’s battlefields.