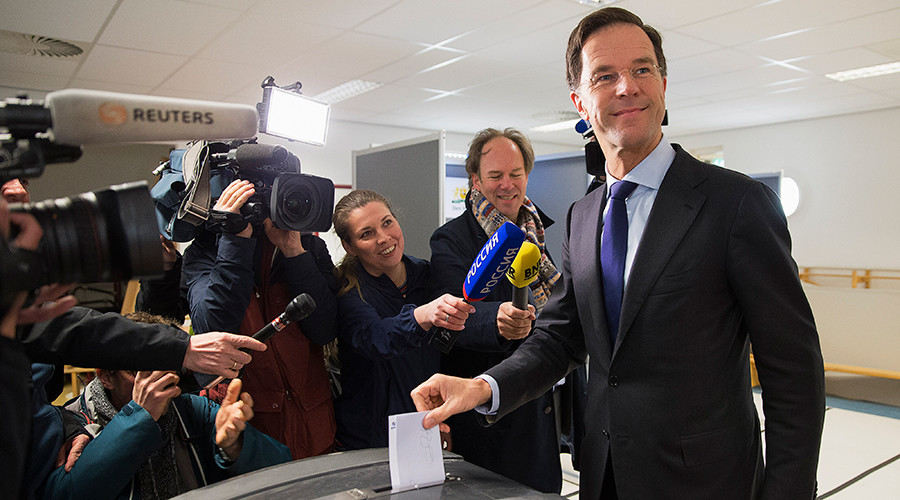 “What you leave behind is not what is engraved in stone monuments, but what is woven into the lives of others” ~ Pericles

[ Note: This piece got lost in the shuffle at NEO, so is coming after the fact. The Dutch vote, you can be sure, will be undermined to the best of the EU elites’ ability to do so. That said, the president had mentioned he would work to have “adjustments” made to what the association would entail.

He is up for election next year, but then again, the EU council might offer him a nice juicy appointment with lots of security, similar to how politicians are rewarded here in the US. We recently had a black presidential candidate who endorsed Trump quickly after he dropped out of the race, and when asked why, he unhesitatingly replied, “He offered me a job.”

Ukraine is becoming a de facto NATO base, with training going on constantly, even though Russia poses no threat whatsoever. Who in their right mind would want to take on a basket-case country like Ukraine, unless to use as cannon fodder in the next war? After the current bunch that is running the country is done, there will be nothing left to steal.

Ukraine, like Turkey, wants the visa regimen so it can unload a lot of its jobless poor onto the EU to generate money flowing back home. Its criminal element will, of course, send more home than the honest working folks. Britain once did this with its American colonies, exporting what was referred to as “our excess poor”, of which I am a descendant and a Son of the American Revolution.

When the big landowners learned that they could make more money from sheep (the wool) off their land than in share cropping, and not have all the hassles of dealing with unruly tenants, the cities got flooded with the homeless — men, women and children.

Life expectancy in the early years in America was five years. The odds of the average Ukrainian being able to make a decent living is probably around 5%. Welcome to the New World Odor, and that is not a typo… Jim W. Dean ] 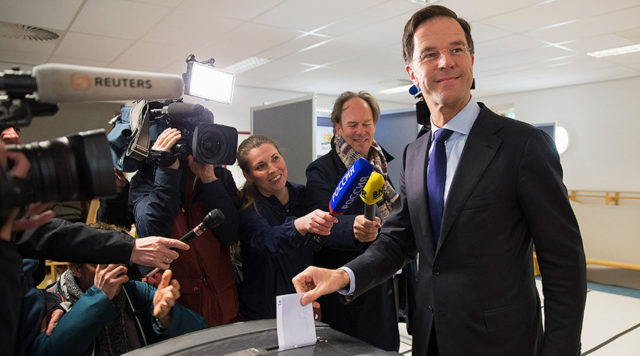 The Dutch Parliament voted 75 to 71 to support proceeding with Ukraine’s EU Association, in what could add fuel to the fire for the European Parliamentary elections in May. The gulf is seen as widening between the grassroots voters and what they view as their elitist leadership.

The disappointment of the Dutch referendum vote winners, pulling 61% to 38%, could soon become the EU’s disappointment, with a surge in Eurosceptics’ parliament seats. More votes for the Eurosceptics could hopefully turnaround what many view as a dangerous concentration of power among a European leadership that has been accused of having the attitude of an occupying power, versus that of elected officials.

The Dutch referendum vote to block the Ukraine Association had come as no surprise. The worry had been of a low turnout below the 30% threshold, which would have left PM Mark Rutte free to ignore the vote as invalid. But he used carefully chosen words to describe what happened, saying the vote could not be ignored.

Rutte has indicated that he would buy some time (through June) to negotiate some changes to the association agreement to appease the Dutch voters. This of course would come after the May EU elections, where the leadership might be rattled by the results and have a different attitude toward the voters. Rutte himself is behind in the polls for his reelection bid next year.

Some EU sceptics have gone overboard on cheering this Dutch referendum as the beginning of the end for the EU, a damn silly thing to say. It is Kiev that is desperate to dump many jobless Ukrainians into Europe, along with half its criminal population so they can begin sending Euros back home to give Kiev some hard currency it desperately needs to keep operating.

Kiev’s response had been to ignore the Dutch vote, feeling confident that the EU leaders would find a way to get around it. But if the EU attempts to do so, it might trigger more rebellion in the member countries, as there is instability galore all over the continent.

Europe is still reeling, not only from the Paris’ and Brussel’s terror attacks, but from the security admissions concerning inadequate counter terrorism efforts from underfunding, and the problem of having underestimated the ramifications of allowing extremist immigrants to flow into established “no go” ghettos that are safe havens for terrorists, which essentially creates human time bomb communities.

We are hearing more statements from EU countries and leaders who want to put themselves on the “I told you so,” list to survive the public blowback that they feel is coming, on way more than the terrorism issue. Hostility toward NATO is growing as more people are figuring out that the new bogus Russian threat is merely a replacement for the bogus nuclear weapons Iran hoax. The winds of change were blowing from many directions this April.

NATO’s General Secretary Stoltenberg surprised everybody with his advice that “we need to talk” with Russia. He referred to ISIL and Russia as his main challenges in the same breath.

The only challenge from Russia is refusing to be dominated by NATO’s march towards the Russian border after tearing down many years of hard work putting the European Security agreement together. Stoltenberg said NATO does not want another Cold War, but its actions indicate just the opposite.

The NATO Council interactions with Russia had been frozen since the Crimea changes, not broken as Lavrov had always been careful to say, knowing the situation would evolve. So we must ask the age old Intel analysis first question, “Why now?”

NATO is caught in a jam after the admissions of massive EU security failures in the war on terror, as public scrutiny is turning to the money and manpower that has been funneled into traditional military defense with no real military threat on the horizon. The EU leadership plays Nero while the EU burns from non-military threats which have been manufactured through negligence and gross underfunding.

Stoltenberg must be stuck in a time warp with his claims of “Russian aggression” in Ukraine, when it is clear to the rest of the world that the West and NATO were instrumental in the Kiev coup, using terrorist proxy forces to assist them. They can hide behind their legal immunity, but they cannot escape their guilt for aiding and abetting the carnage that has gone on there. And they have been doing nothing to force Kiev to stop its endless ceasefire violation war against Donbass.

As for Crimea, it did not get the “Maidan treatment” via the sniper assassins, whom Veterans Today’s source revealed were proxy terrorists trained for that destabilization mission. The Maidan snipers were staged at a Polish NATO base. Crimea also did not get the Donbass destruction treatment. No one was killed, and the vote to join the Russian Federations was so huge, it shocked the world. NATO and the US have tried to spin their way out of it since then.

Also contributing to the tone in the anti-Russian language is the realization of which major country really is leading the fight against international terrorism — Russia. The world public is going to grow more and more resentful of attempts to paint Russia as a threat, when it is the West who should look in the mirror. Can this Dutch vote be the beginning of the dam of lies breaking down and being washed away? It is too early to tell, but we definitely can see some momentum.

Austria, an EU but not a NATO member, accepted an invitation to Moscow to discuss “mutual interests”. President Heinz Fischer brought a top military delegation with him, including General Othmar Commenda, head of the Austrian General Staff to meet his counterpart, while Fischer met with President Putin.

General Commenda stated that he wasn’t going to be bossed around by the EU as to whom he could or could not talk to — a breath of fresh air in an EU diplomatic climate that could otherwise be described as between master and servant.

Austria is definitely showing some independence here, as it has done in objecting to Merkel’s open door refugee policy, where 130,000 of the over one million brought into Germany in 2015 just disappeared. After the Brussel’s attack, the German Interior Minister described its own counter terrorism effort as a bad joke.

The EU could have spent its refugee money ten times more wisely by investing it in the conflict regions, managing its own refugee facilities in Turkey, Syria, and helping poor, overwhelmed Lebanon. The cash inflow and infrastructure help would have had a ripple effect, and not destabilized its own member countries.

Along with NATO’s discouraging news in Europe, Turkey lost another diplomatic skirmish when it aggressively backed Baku in the Nagorno-Karabkh conflict, making a statement backing a military solution. Just when the sparing looked like it would turn into a full scale war, Russia was able to step in to mediate a ceasefire in Moscow. While this was happening, Turkey was caught helping 60 to 70 Azeri ISIL terrorists in Syria transit through Turkey so they could begin killing Armenians. Erdogan is getting more and more out of control.

In what can only be described as a panic, he openly played the blackmail card on the EU, saying that if he did not get everything he wanted, including the no-visa regime for the EU, he would withdraw from his part of the agreement — meaning let the refugee flow crank back up.

The resulting chaos would make Europeans even more unhappy with their failed leadership and for being played for chumps by the likes of an Erdogan. The silver lining is that the fallout from Turkey’s unpopularity might push harder on the EU to begin to back a peaceful settlement in Syria.

The Saudis’ puppet opposition High Negotiation Committee group just walked out on the Syrian peace talks because their precondition demands that Assad must step down were not obeyed, when the Geneva agreement starting the talks clearly stated there would be no preconditions imposed. Again we see the havoc that poor leadership brings to the table, especially when it is the kind that has been purchased.