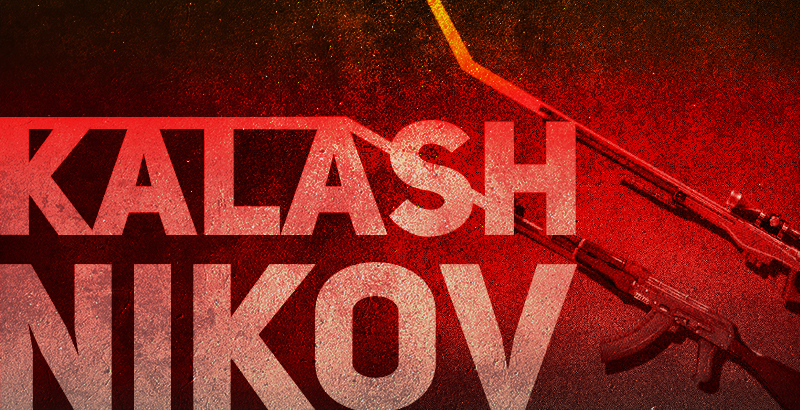 Mikhail Kalashnikov’s masterpiece has been the Soviet and Russian military’s principal individual weapon for nearly seven decades, and it is a testimony to the brilliance of the design that it defies replacement and instead lends itself to further modification.

The most important change to the original AK design took place in the 1970s with the adoption of the AK-74 which, instead of the original 7.62mm intermediate round, used a lighter 5.45mm high-velocity round which gave the weapon greater accuracy and improved lethality.

The AK-74 in turn gave way to the 1990s-vintage AK-74M which introduced composites to the design giving it that characteristic “black rifle” look, and included a number of other improvements to improve its durability and facilitate the use of night-vision and aiming devices. Now the Russian military is facing a choice of whether to stick to the time-tested design or to adopt a new assault rifle that would replace the venerable AK.

The list of AK-74 challengers is a long one. The first proposed replacement was the Nikonov AN-94 Abakan whose remarkable two-round burst technology was unfortunately offset by the weapon’s complexity. More recently, the Ratnik individual soldier system (profiled in an earlier edition of Russia Defense Report) prompted the Russian military to solicit proposals for the AK-74 follow-on.

Two rifles were entered, the AEK-971 whose balanced-action design virtually eliminated recoil, and the Kalashnikov Concern’s AK-12, which was designed by Vladimir Zlobin. After a prolonged series of trials, the Russian Ministry of Defense made a decision in February 2015 in favor of Kalashnikov’s AK-12.

The AK-12 combines its predecessor’s best qualities with improved accuracy and ergonomics. Its design allows the operator to perform key operations, like releasing the magazine or manipulating the safety and selector switch, with one hand and without the need to take the finger off the trigger.

AK-12 is also better suited to accept a variety of attachments, such as sighting devices, laser designators, forward hand grips, night vision devices, and the associated mounts such as the Picatinny Rail which has become a world standard and without which no modern rifle can do without. In addition to the standard AK-74 and RPK magazines, the AK-12 can use the newly designed 60-round and 90-round magazines.

Does that mean the Izhmash plant will soon be churning out millions of AK-12 rifles to replace the AK-74-series weapons currently in service? It does not appear likely. Part of it has to do with Russia’s ongoing budget pinch which has forced revisions to a number of other defense procurement plans. But the bigger reason is that the AK-12 just does not offer enough of an advantage to warrant such a dramatic rearmament.

Russia is not unique in that respect. The US military has held several major competitions to identify a successor to the M16 and M4 weapons, and yet these rather flawed rifles will continue in service for decades to come because the potential replacements’ performance advantage is insufficient to warrant the cost.

The May 2016 decision to equip the newly formed National Guard with AK-74M rifles is one of the indicators that the Russian leadership is instead opting in favor of continued modifications of existing rifles with the designation of AK-74M3. Several hundred of these rifles, referred to at the time as AK-74M Obves [add-on], were seen already during the Victory Parade in May 2015.

The AK-74M3 introduces a new butt-stock design, a new hand-grip, and changes to the receiver cover to facilitate the use of Picatinny rails, in addition to other improvements. The AK-12, on the other hand, will most likely be purchased in relatively small numbers for use by specialized and elite units, much as the US and other NATO countries issue more advanced and expensive designs to its elite forces while retaining older weapons in service.

As is usually the case, the question of the relative importance of the AK-74M3 and the AK-12 to the Russian military will likely be shown by their presence or absence at this year’s and future Victory Parades.