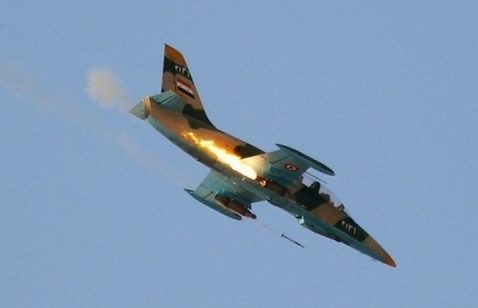 TEHRAN (FNA)- A senior Palestinian official said the bloodshed in Syria’s Aleppo province in recent days was the result of the Riyadh and Ankara governments’ direct orders to the terrorist groups.

“Saudi Arabia and Turkey have supplied the terrorist groups in Aleppo with new weapons to violate the ceasefire in the Northern province and intensify attacks against the government forces,” Secretary General of Alliance for Palestinian Resistance Forces Khaled Abdel Majid told FNA on Saturday.

He reiterated that Saudi Arabia and Turkey have sent state-of-the-art weapons to different terrorist groups in Syria, specially the Al-Nusra Front.

“These two countries wanted to prove that they could take actions independent from international community, particularly the US and Russia, which resulted in a fiasco,” Abdel Majid said.

The Palestinian official reiterated that the Syrian army has the upper-hand in Syria despite a rise in the terrorist attacks there.

According to sources, at least 146 civilians have been killed and over 1,103 others wounded in terrorist groups’ brutal shelling of residential areas, hospitals and shopping centers across Aleppo in recent weeks.

Violence in Syria, and particularly in Aleppo, has intensified in recent days, despite a partial truce.

“52 children, 33 women and 61 men were among the killed civilians in the 10-day-long attacks of the terrorist groups,” the sources said.

“Over 432 children, 356 women and 315 men were injured in the rocket and mortar attacks on non-military areas in the city,” the sources added.

“Over 2,300 cases of attacks by the terrorist groups of al-Nusra Front, al-Shamiyeh Front, Ahrar al-Sham and the Free Syrian Army were carried out on the city districts,” they said.

The sources further added that the terrorist groups used mortars, gas canisters and 107mm rockets in the attacks on the Northern city.

The attacks by terrorists against civilian targets come as Syrian Army forces and their allies are surging in Aleppo to begin a massive operation against terrorists.

In a relevant development earlier on Saturday, Russian Foreign Ministry Spokeswoman Maria Zakharova said Ankara still supports the Al-Nusra Front, providing it with weapons and reinforcement via the Syrian-Turkish border.

“By hiding behind a number of armed opposition groups and sometimes engaging in tactical alliances with them, the al-Nusra Front is trying to make up for their losses due to the influx of new fighters and weapons via the Turkish-Syrian border,” Zakharova said.

Moscow insists on a hard-line fight not only against al-Nusra Front terrorists, but also against so-called opposition groups like Ahrar al-Sham and Jeish al-Islam, Zakharova added.

Syrian Information Minister Omran al-Zoubi informed on Tuesday that thousands of terrorists have crossed the border into his country in the last few days.

“Around 6,000 terrorists have crossed the border

TEHRAN (FNA)- The Syrian and Russian fighter jets, in a fresh round of large-scale joint combat operations, bombed heavily the terrorist groups’ concentration centers in the Southern parts of Aleppo province to lay the ground for the imminent operation of the government forces in Khan Touman region.

Almost the entire positions of the terrorist groups of al-Nusra Front, Jund al-Alqsa and Ahrar al-Sham inside and outside of Khan Touman were massively bombed by a large number of the Syrian and Russian warplanes.

The airstrikes inflicted major damage on the terrorists’ military and logistic vehicle.

Tens of the terrorists were also killed in the air attacks.

The air attacks have also destroyed supply and commination lines of the terrorist groups in the region, which have pave the way for the pro-government forces to carry out a large-scale operation there to return security to Khan Touman and its surroundings as soon as possible.

The Al-Nusra and units of the Free Syrian Army (FSA) claim to have taken back Khan Touman, but government forces say they are still in charge of key centers and blocks in the town.

The Syrian Army alongside the National Defense Forces and Hezbollah fighters regained full control over the town of Khan Touman in December. Ever since then the city has fallen back to the terrorists twice, with the second time being this weekend.

Following an unsuccessful truce that was repeatedly violated by the terrorist groups, the Al-Nusra Front – the Syria arm of the Al-Qaeda terrorist group – could relocate some 20,000 terrorists to Northern Aleppo via Turkey’s soil to launch a large-scale attack on pro-government positions in several key cities in Aleppo province, including Khan Touman in the Southwest.

In relevant developments in the province on Friday, the Syrian army troops and popular forces fended off Jeish al-Fatah’s attacks on the government forces’ positions near Khan Touman, and forced them to retreat from the battlefield under their heavy fire.

The Turkish-backed Jeish al-Fatah stormed the pro-government forces’ strongholds near Khan Touman village 15 km to the South of Aleppo, but the strong defense of the Syrian army and popular forces did not allow the terrorists to break through the army’s positions.

The offensive comes hours after Russia and the United States brokered a 48-hour ceasefire in Aleppo and its outskirts, which was officially approved by the General Command of the Army and Armed Forces.

TEHRAN (FNA)- The Syrian warplanes struck the terrorist groups’ gatherings in the Northern and Northwestern parts of Hama province, pinning the militants down behind their strongholds and blocking their military-logistic movements.

Terrorist group’s positions near the small town of Kafr Zita and the village of al-Sayaad were badly bombed in three separate combat flights by the Syrian fighter jets.

Several militants were killed and several more were wounded in the air raids, which also slowed down the militants’ military movements.

In the meantime, the Syrian Army’s artillery units continued to shell strongholds of Jund al-Aqsa in Morek and al-Lataminah regions, which ended in the killing or wounding of several militants.

Earlier this week, the Syrian army and the popular forces repelled terrorists’ attacks on a military base in al-Masasna and Bou’aideh regions in the Northern part of Hama province.

The Takfiri terrorists were pushed back from the surrounding areas of al-Masasna and Bou’aideh regions in Northern Hama.

Scores of Takfiri militants were killed and wounded in the army attacks on their positions.

TEHRAN (FNA)- The Iraqi army and popular forces continued their advances in Anbar province in Western Iraq, and killed over half a dozen ISIL terrorists, including one of their most wanted leaders.

Chief commander of the military operations in Anbar Ismail Mahlavi confirmed on Saturday that senior ISIL commander Shaker Wahib al-Fahdavi has been killed in an Iraqi army operation in the town of Rataba in the Western part of Anbar province on Friday.

Mahlavi added that seven other ISIL commanders were also killed in the Iraqi army’s operations in Rataba town.

The confirmation by the Iraqi army comes while Fahdavi was reported dead eight times before.

The Iraqi army, meantime, announced that ISIL’s war strategist was killed in the village of al-Asouja in Makhmour region in Nineveh province on Friday.

The Iraqi army inflicted heavy losses on the terrorists during its advances in Anbar province on Saturday.

At least 70 ISIL militants were killed in the Iraqi army’s attacks on terrorists’ positions in Anbar province.

The Iraqi troops also destroyed four bomb-laden vehicles, including a Hummer, and defused all the bombs and mines in the area.

In a relevant development earlier on Saturday, the provincial officials in Anbar province disclosed that the government troops have made remarkable advances in Fallujah outskirts and are likely to seize back a strategic road any hour now.

Abdel Ghani reiterated that the Iraqi troops have earned the upper hand in the region and will soon win full control over Ameriya-Fallujah-Khalediyeh road.

The four strategic regions of Albu Asi, Al-Fahilat, Albu Daij and Albu Khaled are located alongside Ameriya-Fallujah road, making it a highly valued target for either side of the war.

Abdel Ghani pointed to the advances made by other Iraqi army units in the Southern suburban areas of Fallujah city, and said, “The Iraqi forces in a series of operations in Southern Fallujah managed to win control of several villages and al-Salam-Ameriya road and restored security to the road.”

Also on Saturday, the Iraqi army and volunteer forces (Hashd al-Shaabi) continued their advances in Anbar province against the ISIL terrorists and seized back a number of key villages and a strategic road near Fallujah city.

The army units are now in full control over several villages and restored security to Ameriya-Salam Road by pushing back terrorists from the region.

The ISIL terrorists’ armored vehicles and arms depots were destroyed in the army offensives.

The ISIL terrorists, however, tried to attack the Iraqi army’s positions with three suicide vehicles, but the Hashd al-Shaabi (popular) forces destroyed the vehicles and killed all the terrorists inside.

The Iraqi fighter jets, meantime, struck and destroyed the military vehicles and ammunition depots of the ISIL along Ameriya-Salam road.

Also, the Iraqi forces fortified their positions in al-Salam village to the West of al-Bu Gharib and took full control of its police center.

The Iraqi warplanes also hit the terrorists’ positions in the Northern part of the Euphrates River in the suburban area of al-Baghdadi region Northwest of al-Ramadi.

On Thursday, the Iraqi army and Hashd al-Shaabi won back several more villages in Anbar province.

The Arabic-language al-Sumaria news website reported that ISIL moved families of its members from Southern parts of the city to the Central areas but it did not allow civilians to evacuate those areas in order to use them as human shields against the advancing government troops.

Meanwhile, Mahlavi announced that at least 100 ISIL militants were killed during the past couple of days South of Fallujah  and eight booby-trapped vehicles were also destroyed.