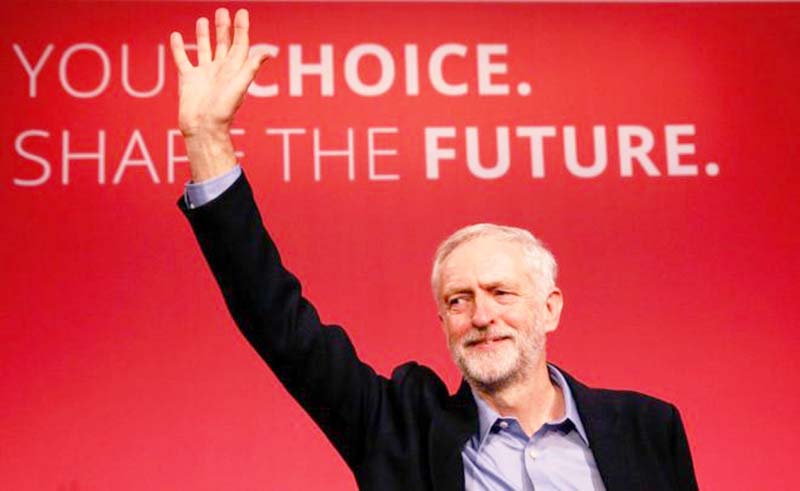 The Party’s performance once more was dismal despite the unpopularity of Cameron’s Conservatives and the irrelevance of the Liberal Democrats. Jeremy Corbyn will be surveying the election wreckage and wondering where he goes from here.

Some will blame the torrent of allegations of antisemitism. Some will say it was the gutless response to those allegations. Others know that Labour has barely laid a glove on the Conservatives and the party needs to understand that it’s there to do a job – holding the government to account – not squabbling among themselves.

Corbyn claims the party managed to “hang on” but The Mirror says Labour is “going nowhere fast”. Party activists and backbenchers consider that the continuing lack of real progress is simply not good enough.

Whatever the excuses, Corbyn’s enemies – chiefly the Blairite/Brownite leftovers who failed the nation and are jealous of Corbyn’s spectacular rise to take the leadership – can rub their hands in glee at having weakened and perhaps mortally wounded their foe. But at what cost? They seem utterly careless of their own self-respect, the party’s reputation or the public good.

He can stick it out with the Labour Party for the timebeing but it would mean a head-on clash with the troublemakers, which is against his nature. To stamp his authority, however, he cannot sidestep the antisemitism fiasco. But it must be seen for what it really is – part of an organised campaign across Europe and the US to silence the debate on Israel’s misbehaviour, strangle the struggle for Palestinian rights and increase zionist influence over our political and democratic processes. Any fightback by Corbyn must start with refusing to accept the Israel lobby’s definition of the situation. He needs to re-frame it to reflect the truth, then go on the attack.

Why take allegations of antisemitism seriously from zionist mafioso who themselves practise or support racism? Nevertheless there are within Labour’s ranks too many who say idiotic things about Jews to the detriment of the campaign for justice in the Holy Land. I’ve heard remarks that are so stupid that one suspects the people responsible are zionist plants. What is the point of bringing up Hitler and the Holocaust when there are more Israeli war crimes and crimes against humanity than you can shake a stick at?

Corbyn must act swiftly on genuine complaints but reject the trumped up ones. Outside interference should not be tolerated. And the best way to deal with professional moaners like the Board of Deputies of British Jews is to give them the BDS treatment – ignore and refuse to engage. Blood and feathers will fly, but so be it. This is the British Labour Party not a flagpole of the Knesset.

The time has come for Corbyn to turn the tables and question Labour’s Friends of Israel about their shameless support for the criminal state and its racist leaders and their links to the land-grabbing Zionist Project. There is no place in a socialist organisation, or in public life at all, for people who cannot bring themselves to condemn a regime that behaves so viciously towards its neighbours and shows no remorse. What does aligning with Israel really say about them? And, by the way, who gave permission to use the party as a platform to further the interests of a foreign military power?

At the same time Corbyn needs to make amends to those who have been hurt, especially the young MP Naz Shah, by hasty compliance with the daft demands of the antisemitism Inquisition. Yes, it was silly to suggest moving Israelis to the US but didn’t Joseph Chamberlain offered Herzl a Jewish homeland in Uganda? Didn’t the British Zionist League want Kimberley, Australia? Didn’t publishing magnate Critchley Parker propose Tasmania? Others thought Argentina would be ideal. Israeli Jews themselves have hatched many plans to move the Palestinians and Bedouins off their homelands and dump them somewhere else in order to make room for more Jews. Do get a grip, Corbyn.

After MP John Mann’s on-camera spat with Ken Livingstone, the chair of Labour Friends of Israel, Joan Ryan MP, said: “To speak of Zionism – the right of the Jewish people to self-determination – and Hitler in the same sentence is quite breathtaking. I am appalled that Ken Livingstone has chosen to do so… He should be suspended from the Labour Party immediately.”

Livingstone certainly deserved a smack round the ear. But instead of suspending him, Corbyn could have asked Ryan what was so “breathtaking” about mentioning an inconvenient historical truth, especially when there are so many. And angry members shouldn’t have to launch a petition to get a known bully like Mann suspended.

Corbyn’s and McDonnell’s abject surrender to Israel lobby pressure has been a shaming setback for the whole Palestine justice movement of which Corbyn was a prominent member. Meanwhile, in the House of Commons, David Cameron savaged Corbyn’s response to the so-called crisis saying: “Anti-Semitism is effectively racism and we should call it out and fight it wherever we see it.” Cameron, of course, is blind to Israel’s racism on account of being their loyal friend. Labour should be rubbing his nose in it.

We’ve seen how zio inquisitors become unbearably twitchy when anyone questions Israel’s legitimacy or right to exist. What is often challenged is Israel’s membership of the United Nations. In 1949 the UN took Israel to its bosom on condition that it accepted the Right of Return of the Palestinian refugees and complied with General Assembly Resolution 194. Noting the declaration by the State of Israel that it “unreservedly accepts the obligations of the United Nations Charter and undertakes to honour them from the day when it becomes a Member”, the General Assembly admitted Israel as “a peace-loving State which accepts the obligations contained in the Charter and is able and willing to carry out those obligations”.

Has Israel ever honoured its membership obligations or acted as a peace-loving State?

Corbyn’s other choice is to leave Labour, take his supporters with him and let the party stew in its own juice. Let’s face it, the party as it stands is dysfunctional, a thing of the past and quite unsuited to the 21st century. Even its name is inappropriate, even off-putting. Yes, by all means honour the old icons but they were products of their time and are of little interest in the real world today.

In any case the Labour Party is now soiled beyond decent repair.

There’s still time to build a new, clean, fit-for-purpose political party and get it established before the next general election. At least Corbyn could then be true to himself.