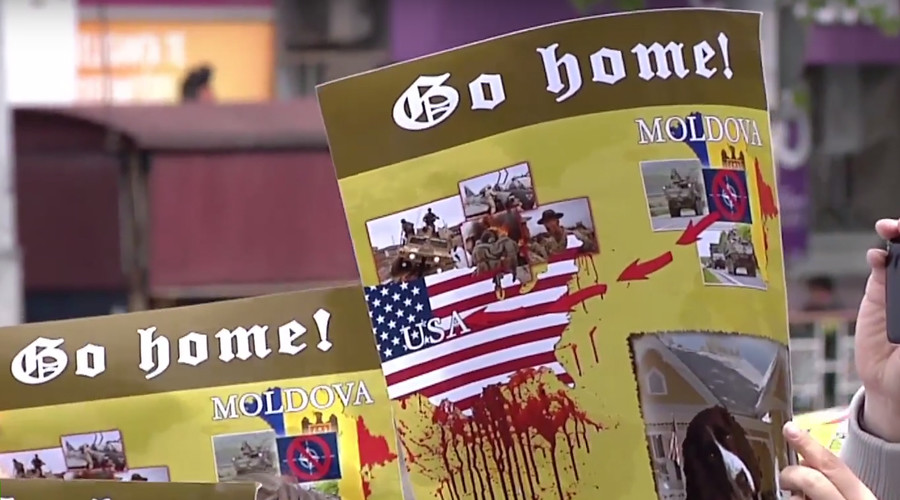 [ Editor’s Note:  Opposition to NATO expansion, especially in the face of a well known totally manufactured threat is going to hurt respect for the US military command with their going along with it. Why? Because they are lying through their teeth about their being a threat to justify it.

Last time I read the oath the military people take, abusing the public they are sworn to protect by feeding them hyped threat propaganda was not in it. By interpreting defense into offense for any damn reason they choose leaves their motivation for participating in question…like maybe a paycheck or  career advancement.

Every military and security person in every tin pot dictator country does exactly the same thing. Why the US military would want to join their ranks without a good public airing shows a decline in our moral fiber, or the c courage to challenge power.

This is an even bigger short coming in the wake of 9-11 and the joke investigation we had with the “no sworn testimony” taken, and no one interested in little items like why “they” won’t let us see any of the DC roof top camera footage of the plane coming into the Pentagon.

What we need is a major investigation as to the birth of this policy and a good airing of what it was based on. You will notice that no one seems to know, a strong indication that that authors would prefer it not get a thorough vetting to see if there was an anterior motive by a particular group of people.

Who would have thought that little Moldova would have become the tip of the spear in protesting the NATO invasion? The question now it who will back them up to make this something bigger, and stop this insanity and waste of military spending... Jim W. Dean ]

Hundreds of people in the Eastern European country of Moldova have taken to the streets of the capital, Chisinau, to protest against a display of NATO and US military vehicles in the city.

Supporters of the opposition Socialist Party chanted slogans like “NATO go home” and “We don’t Need NATO,” and carried banners with anti-US messages during the protest on Sunday, the day commemorating the end of the second World War in Europe.

US and NATO soldiers, who had organized an exhibition of military vehicles and equipment in Chisinau earlier in the day, were forced to leave the city following the demonstration. The opposition Socialist Party denounced the exhibition in the capital, calling it “sacrilege against the people of Moldova.”

“Moldova is a peaceful and neutral state. We take part in no military blocs and don’t want war. We saw what happened in Yugoslavia, Libya, [and] Syria. If you don’t go before tomorrow, there will be thousands of us here,” said Vlad Bartincea, an opposition lawmaker.

Some 200 US forces and 165 Moldavian soldiers are currently involved in the joint US-Moldova Dragon Pioneer military exercises, which kicked off in the republic on May 2 and will run until May 20. Moldova, a former Soviet Union republic, is officially neutral, but its pro-Western government has good ties with NATO.

Russia has long complained that NATO — a Russian adversary since the days of the Cold War — is moving eastward toward Russian borders, and deems such a development a threat to its security.

Relations between Russia and NATO soured after the Crimean Peninsula separated from Ukraine and joined the Russian Federation following a referendum in March 2014.

The military alliance ended all practical cooperation with Russia over the ensuing crisis in Ukraine in April 2014. The US-led NATO accuses Moscow of destabilizing Ukraine. Moscow, however, rejects having a hand in the Ukrainian crisis.

“NATO military infrastructure is inching closer and closer to Russia’s borders. But when Russia takes action to ensure its security, we are told that Russia is engaging in dangerous maneuvers near NATO borders,” he said late last month.