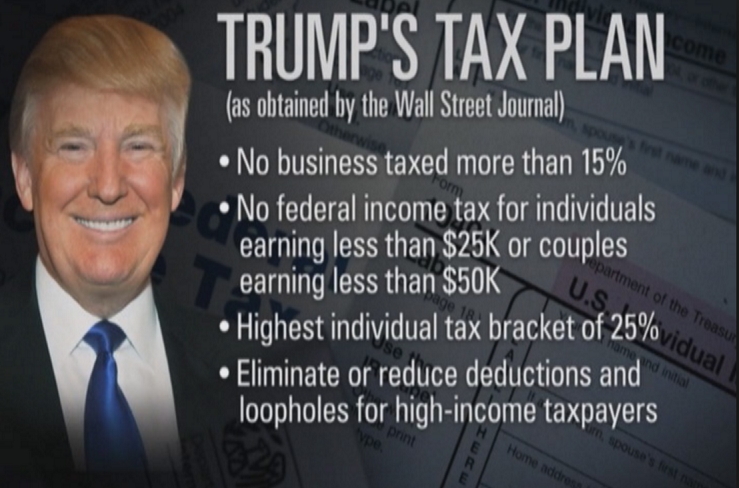 By BEN SCHRECKINGER and NICK GASS

NEW YORK — Billionaire businessman Donald Trump took to the lobby of his famed Trump Tower on Monday morning and pledged to slap himself with a huge tax hike.

“It’s going to cost me a fortune, which is actually true,” the Republican presidential front-runner candidate told reporters, as he unveiled a bold — and fairly detailed — tax plan, under which half of Americans would pay no federal income tax and the rich would face closed loopholes and slashed deductions.

The audacious statement, like many of Trump’s proclamations, was hard to fact check. While it’s true that the plan would knock out cherished tax breaks, such as the carried interest provision dear to some Wall Street money managers, he didn’t specify many of the other deductions that the super rich would no longer enjoy under a Trump presidency. And many of the lost tax breaks will be offset by a pretty sizeable overall rate reduction.

Also knocking some wind out of the idea that Trump is going to stick it to the one percenters, Grover Norquist, the famed anti-tax advocate, gave the tax plan a wink. “Trump’s plan is certainly consistent with the Taxpayer Protection Pledge,” he said. “Trump has said he opposes net tax hikes and has made clear that the real problem is spending. This plan is a reform, not a tax hike.”