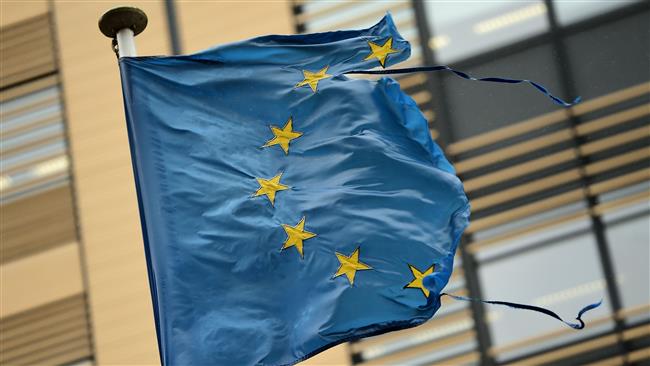 [ Editor’s Note: Surprise, Surprise… the EU no longer has a disguise. No longer can Euroskeptics be smeared as far right extremists, the usual tactic used by Euro elites to cut their critics off at the knees.

Frankly, I suspect the term has been invented by the gang that has done so well dispatching critics with the anti-semite lynching noose. Will we see “them” coin the term “anti-eurites” to continue their successful word intimidation legacy? You saw it here first.

The American South still has this wrapped around its neck as a Southern thing, lynching… when it was done in various parts of the country. Those hung were not victims of racism, as is the traditional story.

I bought a federal publication at the Vicksburg battlefield national park over a decade ago, which reported that those hung reflected the racial make up of the community. I have never met anyone who was aware of this, and it played a key role in my “awakening” to being suspicious of traditional history, when political spin had any interest.

I would be interested in a more in-depth poll as to why so many are unhappy with the EU; and even better, a Las Vegas bookie who was taking bets on the top three reasons. And if angels were to take over the planet for a day, I would like to see the EU leaders submit to a marathon question and answer session, like Putin does with the Russian people each year. What fun that would be, as long as it wasn’t rigged… Jim W. Dean ] A new poll has showed that about half of Europeans want their own referendum on whether or not to remain in the European Union, as the UK is about to hold such a vote.

According to a survey by Ipsos-MORI, 45 percent of more than 6,000 people surveyed across Belgium, France, Germany, Hungary, Italy, Poland, Spain and Sweden said they favor a referendum of their own on EU membership.

The poll also revealed that 48 percent of Italians would vote in favor of their country quitting the 28-country bloc if they were given the chance. Forty one percent of the French and 39 percent of Swedes would also support their countries’ exit from the EU.

Only one in five (22 percent) Poles, however, would opt for an exit from the EU if an in/out referendum was conducted. The revelations, which suggest increasing euroscepticism among EU members, coincided with Europe Day, the day of EU integration and unity, on May 9.

Among other countries, Britain is the one with the most controversy surrounding its membership in the EU.

The country has elicited concessions from the bloc — including exclusion from certain universal EU rules and regulations — in order to remain in the bloc as part of a deal negotiated by British Prime Minister David Cameron — a staunch supporter of continued British membership in the EU. The agreement will automatically go into effect if the British people vote to stay in the EU in a referendum scheduled for June 23. Cameron has campaigned aggressively to convince his people to vote in favor of staying in the EU in the June vote.

Some 48 percent of the respondents to the Ipsos-MORI survey said that if Britain exits the EU, other countries will follow. One in ten respondents, some 11 percent, believed the EU would even be dissolved altogether by 2020.