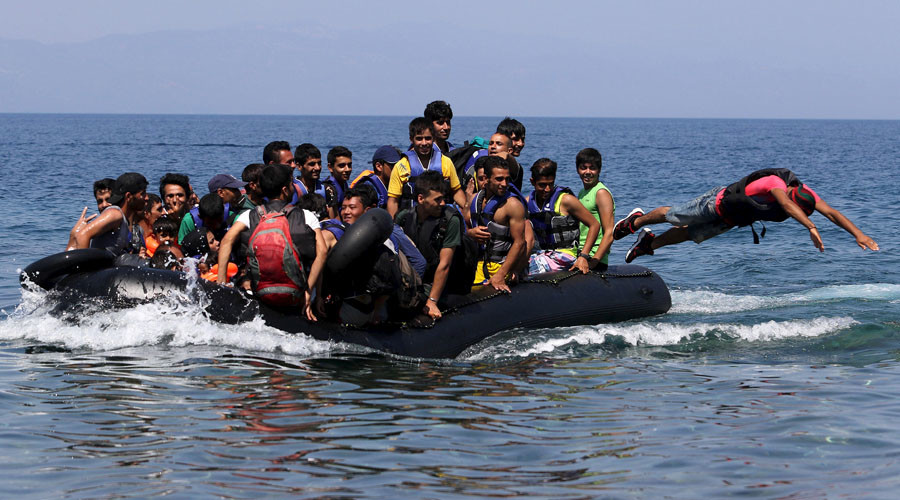 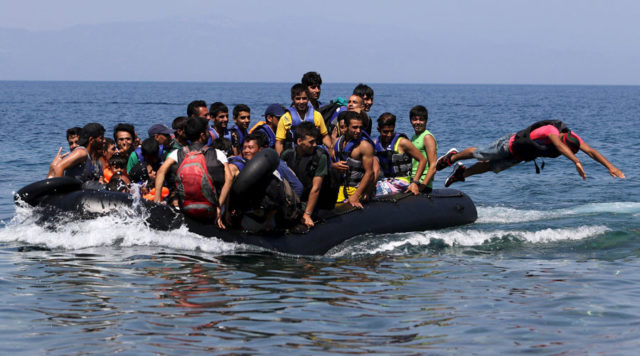 [ Editor’s Note: Well, finally the EU gets off its knees in dealing with Erdogan. We don’t know for sure how much Davutoglu’s leaving had to do with this leak, but then we had the New Sultan crowing about where the EU could stuff their request to reform Turkey’s anti-terrorism laws.

Whizzing the $6 billion away in Turkey had always been stupid anyway, as a lot of that money would be channeled solely into the pockets of Erdogan’s party supporters who get 95% of all government contracting anyway.

This was the Greeks (an EU) and get the jobs they need and start setting up a well organizes and funded program at the borders, which it should have done years ago.

I never understood why the EU did not have a structure in the camps doing some of the initial processing to keep the corrupt Turkish officials and the smugglers from shaking the refugees down for their last few dollars. Those that were refuse would not have to incur the deportation costs.

This leak could be a bluff to encourage a little more flexibility on Erdo’s part, but he does not have a reputation for flexibility. At the end of the day, ending the Syrian war and putting that promised $6 billion to Turkey into helping Syrians rebuild their homes is the only logical path, and more fair to the struggling EU countries paying the tab… Jim W. Dean ] 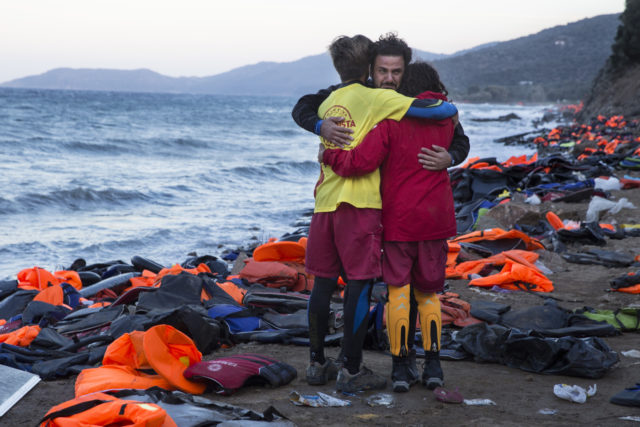 The EU is considering alternatives to the migrant deal it struck with the Turkish government, one of which is to use Greek islands as reception centers, the German newspaper Bild reported.

The islands of the Aegean may become temporary reception centers for migrants if the 6 billion euro ($6.8 billion) deal with Turkey falls through; in that case, the EU will send the money to Athens instead,

German newspaper Bild reported on Tuesday.EU officials are making contingency plans because of the increasing likelihood that Turkey will not fulfil the conditions of its migrant deal, which was struck in November following negotiations between former Turkish Prime Minister Ahmet Davutoglu and the EU Council.

The deal contains 72 requirements that Ankara must meet in order to receive 6 billion euros in financial aid, a speeding up of the EU accession process, and visa-free travel in the Schengen zone for Turkish citizens. In return, the EU wants Turkey to control its borders and prevent illegal migration to Europe.

On Friday, the day after Prime Minister Davutoglu left the government, reportedly due to a disagreement with President Erdogan’s policies, the President made a speech in which he stated “we will go our way, you go yours,” and publicly rejected the request to reform Turkey’s anti-terror laws.

An EU minister told Bild on Sunday that as a result of apprehension about Turkey’s willingness to adhere to the agreement and Erdogan’s threats to open Turkey’s border with Europe, contingency preparations are being made to find another resolution, one of which involves using Greek islands as migrant reception centers.

In this case, asylum seekers would have their claims processed on the islands, and those who are refused asylum will be deported back to their home country.

The six billion euros promised to Turkey (100 million of which has been disbursed), to pay for the housing of asylum seekers would therefore go to Athens instead, and ferries to the mainland from the islands would be suspended, Bild reported.

Karl-Georg Wellmann of Angela Merkel’s Christian Democratic Union political party commented that controlling the borders of the EU must be the main priority.

“In any case we have to take proper precautions: protecting the EU’s borders and handling asylum cases locally on the islands, not on the mainland, and deporting those who are not refugees,” the politician told Bild.