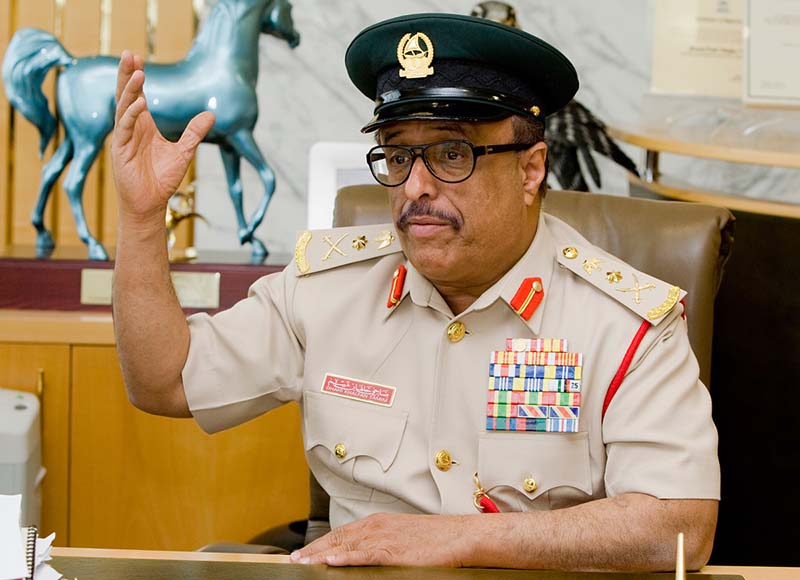 Vice Chairman of the Dubai police on his Twitter mockes the narrations contained the occurrence of Imam Mahdi.

In another case Khalfan added that Muslim Brotherhood was formed in colonial times and this group was like a machine used to hit the patriots and liberals in Egypt, and this plan was succeeded, commenting that the Muslim Brotherhood are the most supportive groups to Daesh.

Stressing that the Muslim Brotherhood ensured the expense of state regulation through a Western intelligence systems, it is one of the most dangerous Masons team in the Arab world and wherevere this group ( Muslim Brotherhood) is know that Arabs would never unite.

It is worth mentioning that these statements are not for the first time issued by Khalfan to insulte the beliefs of Muslims and their communities and as he knows that these statements that profess are not independent, but are an American Zion’s comments in the context of creating discord among Muslims,and stresses that in recent last statment on his twitter, Zionist Prime Minister BenjaminNetanyahu addressed as “cousin.”