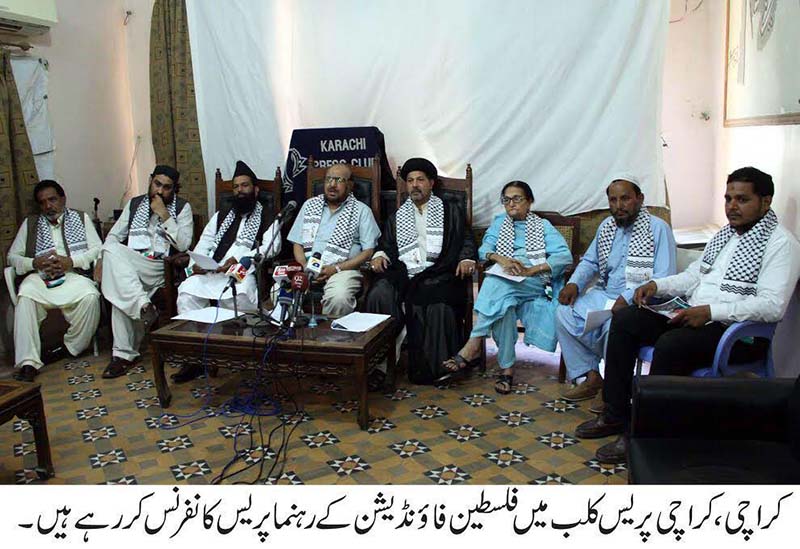 They announced that the rally Of Pakistani children in solidarity with Palestinian children will hold on May 11 at Karachi, Grand poetry event entitled “Palestine is the homeland of Palestinians” at Arts Council of Pakistan Karachi on 12th May will preside by Prof Sehar Ansari and CM Advisor Senator Abdul Qayyum Soomro will be as a guest of the eve. On 13th of May , JUP and Palestine Foundation will hold a protest demo in front of Memon Mosque after Friday prayer against the Israeli occupation on Palestine and in solidarity with Palestine.

On the Nakba Day 15th May , All Parties Press Conference (APC) will be held in Quetta Press Club entitled “Palestine is the homeland of Palestinians” and peace walk will be held at Islamabad from National Press Club Islamabad on 15th May.

They also condemned the role of US, UK and European union from the very first day they divided Palestinian land and created an illegitimate Zionist regime Israel.