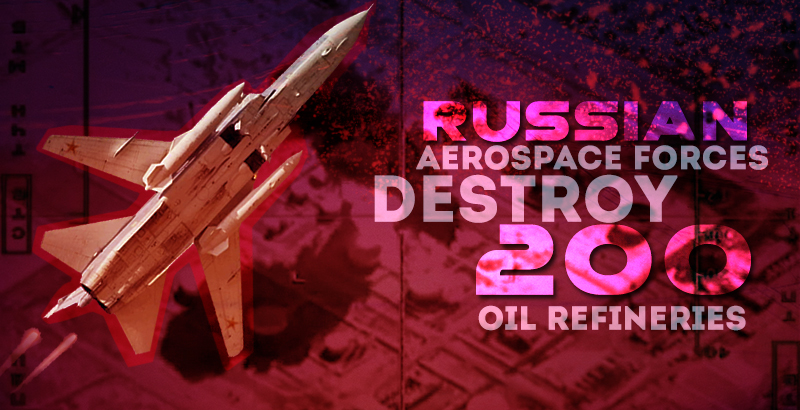 The Russian Aerospace Forces destroyed almost 30,000 targets, including 200 oil refineries, during the course of the operation in Syria, Vladimir Putin said during the meeting with Defense Industry heads. Over 500 settlements have been liberated from militants since the beginning of Russia’s operation. The Russian president believes that the Russian weaponry clearly demonstrated its effectiveness and quality.

The Russian President however pointed out that the operation revealed some problems, and all of them have to be thoroughly analyzed and eliminated. Further steps will be taken to address the identified problems. In 2016, the re-equipment level of the Russian Army and Navy is expected to reach 50%.

A 70-member-group of militants, trained in Turkey, has reportedly entered Anadan in Northern Aleppo to join the Syrian al Qaeda group, al-Nusra.

Pro-militant sources reported a Syrian attack helicopter has crashed between the Tiyas Airbase and the village of Huwaysis, West of the Palmyra city, in Homs province on May 10. The helicopter allegedly belonged to the Syrian Arab Air Force.

Meanwhile, ISIS launched an offensive on the the Tiyas Airbase from the northern direction, threating the government forces’ communications with Palmyra. The clashes are ongoing there.
According to the Russian Ministry of Defense, militants carried out shellings with multiple launch rocket systems against Sheikh Maqsood, Meidan, and al-Nairab airport, killing and wounding civilians.

On May 10, inhabited areas of the Homs province received 400 kilograms of bread, which had been produced at the Russian field bakery. Humanitarian convoys to inhabited localities of the Hama and Latakia provinces were formed.

ISIS has reportedly buried some 40 of its own militants alive, after they refused to fight and fled the battlefield in the face of the Iraqi government’s push to retake ground in the province of Nineveh. The executions took place on the outskirts of Qayyarah.