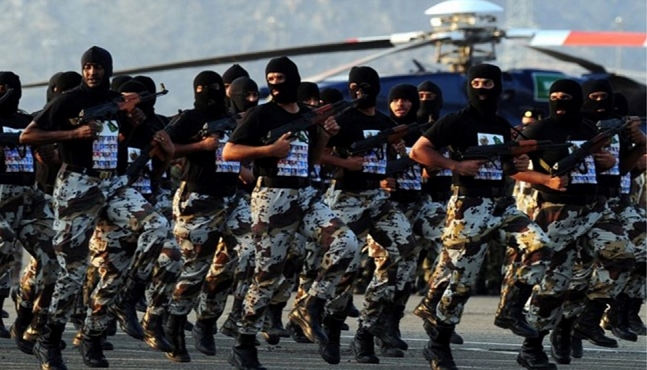 ‘US, Saudi, Turkish Generals in Syria’s Khan Tuman’: Iran Official
In Tehran, a senior official said Turkey, Saudi Arabia and Qatar had recently supplied Takfiri militants with weapons and food to retake the Syrian village of Khan Tuman in Aleppo during the ceasefire.

“In addition, Saudi Arabia and Qatar are providing aid to terrorists via the sea,” said Rezaei, who was the former chief commander of the Islamic Revolution Guards Corps (IRGC).

According to the Iranian official, several US, Saudi and Turkish generals “specializing in special warfare” have recently joined Tafkiri terrorists and “directed the operation in Khan Tuman.”

“Aleppo has now become a matter of prestige for Saudi Arabia and Turkey; hence, they are intervening there with full force. Aleppo, in fact, is the ultimate showdown between the resistance and invaders,” Rezaei said.

“The Syrian army is resisting only with the help of Iranian advisers,” he said, adding Russia had mostly withdrawn its forces after a six-month stint.

“However, the Almighty God supports the oppressed and the Syrian nation and government and the resistance front is the ultimate winner.”

Takfiri militants took control of Khan Tuman on May 6, shortly before a 48-hour truce in Aleppo was due to expire.

The town has changed hands between Syrian army soldiers, Daesh Takfiri terrorists and foreign-sponsored militants over the past few months. Syrian soldiers had wrested control over Khan Tuman last December.

Jaysh al-Islam and Ahrar al-Sham are the Takfiri groups which assist Nusra Front and Daesh in the Aleppo battle.

On Tuesday, the US, Britain, France, and Ukraine blocked a Russian bid to add Jaysh al-Islam and Ahrar al-Sham to a UN blacklist of terrorist groups and sideline them from the Syria peace process.

The US mission to the UN said Russia’s proposal would undermine attempts to get a sustained halt in the fighting in Syria.

Moscow said on Tuesday that the 17-nation International Syria Support Group (ISSG) would meet in Vienna, Austria, on May 17 to try to get peace efforts back on track.

A truce, brokered by Russia and the United States, went into effect late February in a bid to facilitate negotiations between warring sides to the conflict.

However, top negotiators from Saudi-linked opposition group HNC quit the talks, citing what they claimed to be the Syrian government’s violation of the truce.

Syria has been gripped by foreign-backed militancy since March 2011. Over 400,000 people have been killed in the conflict, which has furthermore displaced over half of Syria’s pre-war population of about 23 million.