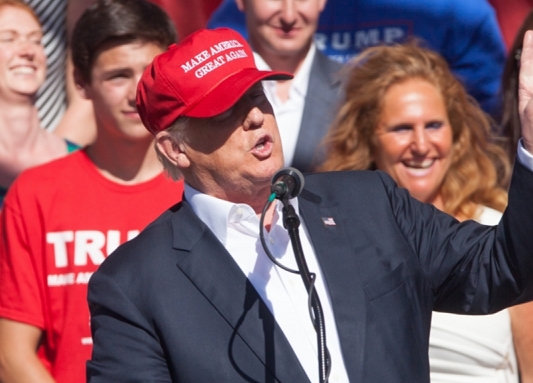 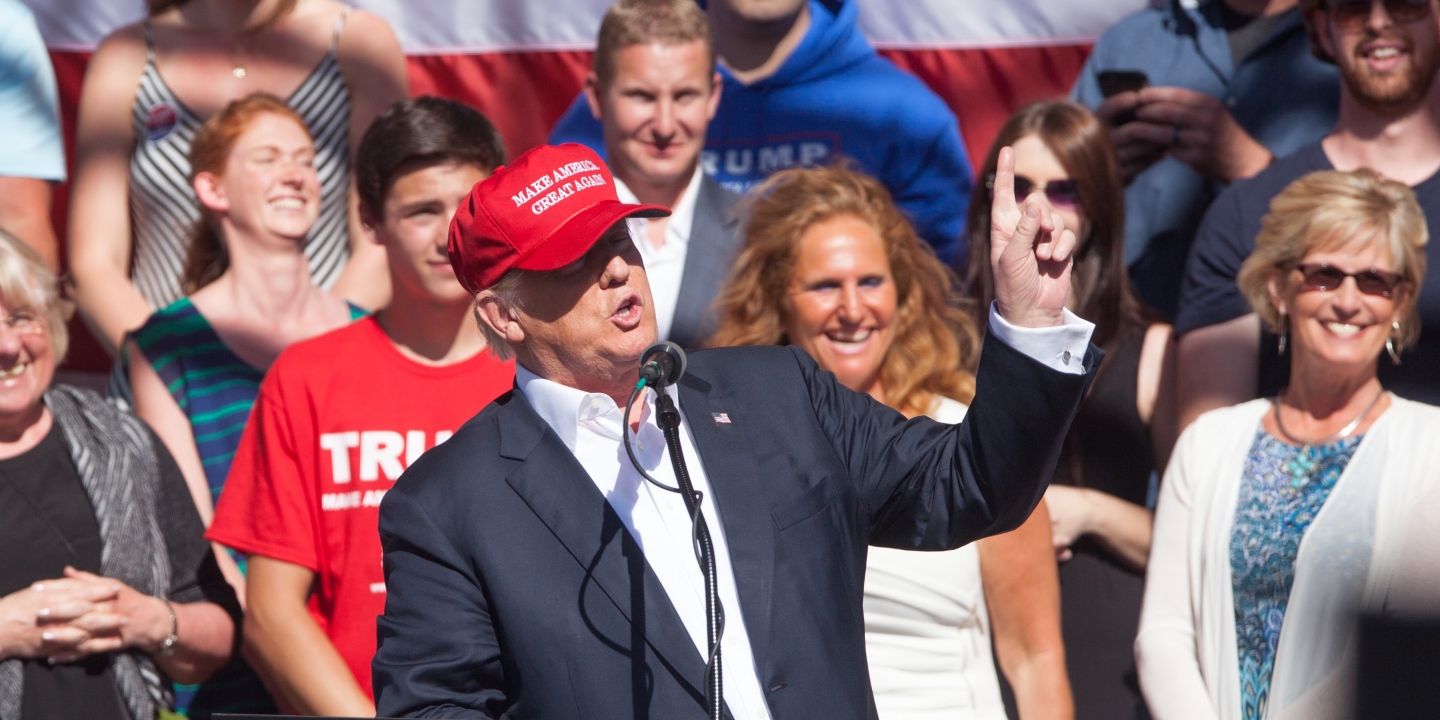 DONALD TRUMP DERIDED Hillary Clinton’s hawkish foreign policy record over the weekend, a glimpse into a potential general election strategy of casting Clinton as the more likely of the two to take the nation to war.

Just moments after maligning Syrian refugees at a rally in Lynden, Washington, Trump pivoted into a tirade against Clinton as a warmonger.

“On foreign policy, Hillary is trigger happy,” Trump told the crowd. “She is, she’s trigger happy. She’s got a bad temperament,” he said. “Her decisions in Iraq, Syria, Egypt, Libya have cost trillions of dollars, thousands of lives and have totally unleashed ISIS.”

And he expressed a rarely heard appreciation for the “other side to this story,” noting: “Thousands of lives yes, for us, but probably millions of lives in all fairness, folks” for the people of the Middle East.

Trump implied that casualties inflicted by the U.S. military were far higher than reported. “They bomb a city” and “it’s obliterated, obliterated,” he said. “They’ll say nobody was killed. I’ll bet you thousands and thousands of people were killed every time you see that television set.”