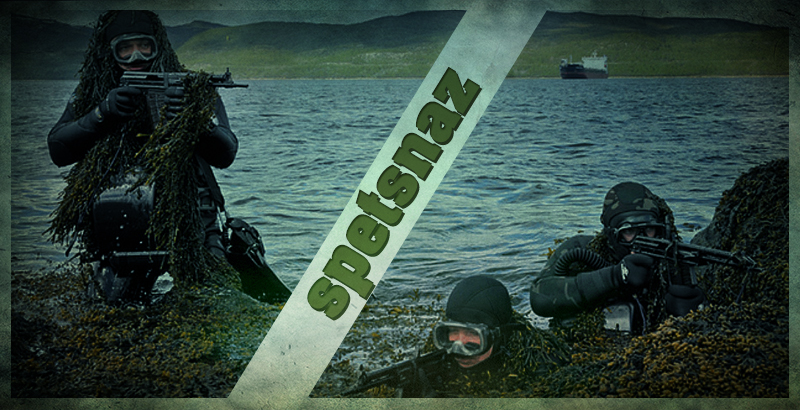 Russian special operations (Spetsnaz) units have a long history of accomplishment dating to as far as the Spanish Civil War. However, until recently their role were mainly conceived as providing support to the concurrent Ground Forces through the collection of intelligence and the destruction of key facilities in the enemy operational and strategic rear.

With the end of the Cold War, the likelihood of lengthy land campaigns involving huge armies has diminished. The danger of nuclear escalation means that major powers are unlikely to commit their armed forces to conflicts where they might encounter other major powers’ forces on the battlefield.

The decay of the post-Cold War globalization world order means more countries slipping into state failure and falling prey to radical non-state actors using terror and other forms of unconventional warfare, against which conventional forces are a less than ideal tool of coercion.

Finally, the political and financial costs of placing large ground formations in combat means that airpower has become the preferred military and political instrument, in large part thanks to the legal fiction promoted by the US and NATO that airstrikes do not represent violations of the target country’s sovereignty.

The above-mentioned developments have only enhanced the importance of special operations troops around the world, and Russia is not an exception. Where conventional forces cannot be used due to their inability to operate covertly, the political and military escalation risks, or without a cumbersome logistical tail danger of military or political escalation, special operations troops become an attractive choice.

Russia’s special ops troops have demonstrated that ability when, under their “polite people” guise, they ensured the people of Crimea were able to exercise their right to vote on their, and their region’s, future. The presence of a sizable force of highly trained operators was sufficient to deter Ukrainian nationalists’ attempts to disrupt the peaceful political process in the way they were able to at the Odessa House of Labor Unions. Their professionalism also enabled all of the stand-offs with Ukrainian forces on the peninsula to be resolved amicably and with a minimum of human casualties.

The rise of international terrorism has also kept Russian special operations troops in action since the 1990s, mainly during the conflicts in Chechnya and Dagestan. In the process they acquired valuable experience at counter-insurgency that hopefully will prove sufficient to deter Islamic State infiltrations into the Russian Federation territory or the territory of its allies, particularly if ISIS operations are effectively nipped in the bud.

Russian special operators likewise proved adept at maximizing the effects of Russian airpower over Syria by identifying and locating terrorists, then guiding aircraft and their munitions to the targets. Special operations officer Aleksandr Prokhorenko, who performed the air forward observer function in Syria when he was killed in action, illustrates both the importance and the danger of that mission.

These missions were all performed by the Spetsnaz brigades subordinated to the Russian General Staff’s Main Intelligence Directorate (GRU). In recognition of special operations importance in future conflicts, the Russian Federation formed the Special Operations Forces Command (KSSO), whose headquarters became operational in 2012. Or right in time to influence the rapidly deteriorating international situation.

KSSO’s existence is intended to establish a cadre of experienced senior officers who will participate in operational planning at the strategic level, promote unified doctrine and training standards, and in general raise the profile of special operations forces within the Russian military.

As of early 2016, KSSO had at its command 7 Spetsnaz brigades, each with between 4 and 6 Spetsnaz detachments, totaling up to 1,000 troops each. Two additional brigades will be formed by 2020, and the number of special operations troops assigned to individual military districts will likewise be increased, though the KSSO’s control will not extend to the National Guard special ops troops or the specialized naval spetsnaz detachments.

Because of the high demands of their missions, Spetsnaz troops undergo a lengthy selection and training process. Due to parachute training and the generous provision of wheeled light armored vehicles like the Tigr or the BTR-82A, as well as light utility vehicles and ATVs, these units possess high strategic and operational mobility, though their lack of artillery or tank support means they cannot sustain lengthy battles without support by friendly militias or armies, or the Airborne Forces which represent the next level of escalation.