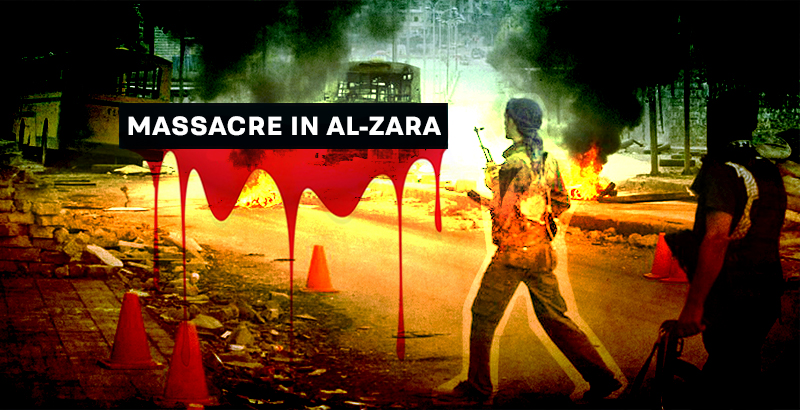 An al-Nusra Front detachment (more than 100 men) has arrived in Khan Tuman amid the rumors that the loyalists are going to launch the operation to liberate the town in the coming days. Artillery duels and firefights are ongoing in the area.

According to the Russian Ministry of Defense, Al-Nusra militants have deployed chemical weapons near Syria’s city of Aleppo. Several trucks carrying self-made ammunition, armed with chlorine-based toxic agents, have arrived from the Idlib province to the northern outskirts of the Aleppo city.

On May 12, Jaysh al-Islam and Ahrar as Sham units seized Jarjisah and Al-Zara in the north part of the Homs province, Syria. In the Alawite village of Al-Zara, they abducted a number of children and women, destroyed some houses and looted the locals’ property.

In the Al-Hasakah province, the Syrian Democratic Forces (SDF) seized back from ISIS the village of Qashqash. The clashes were observed at Ziyanat as Kurdish units were advancing in the southern direction.

Turkey’s President Recep Tayyip Erdogan announced on May 12 that the Turkish armed forces are preparing to “clear” from terrorists the territory on the Syrian side of the border. According to media reports, the official reason of the act will be “difficulties in Kilis.” Erdogan blamed the allies that aren’t helping and noted that Ankara is ready to act by itself.