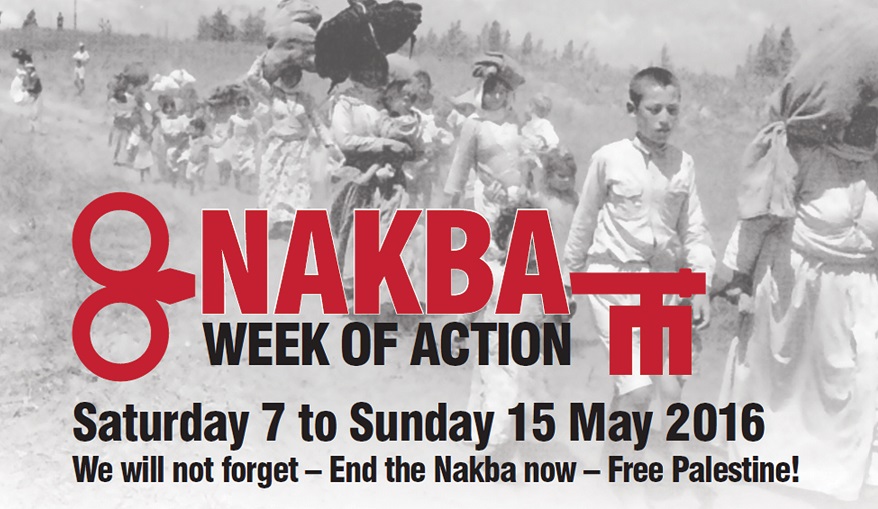 Every May, Palestinians around the world and under occupation “celebrate” or let us say “mourn” what is referred to as “Nakba” or “catastrophe”, and it seems every day is a Nakba for Palestinians under Israeli Occupation and those who lost their homes and position to the Israeli state in 1947-48.

I too must not allow this occasion to pass without having something to say.

This time, I am not going to go into how the Israeli militias and terrorist groups drove over 700,000 Palestinians from their homes in Jaffa, or Acre or Lod or Ramleh, or Beersheba or Safad.

I will not talk or write about how the Jewish terrorist groups, such as Haganah or Irgun terrorized people to leave, or how they committed massacres in Deir Yassin and bombed the King David Hotel or detonated bombs in market squares, as happened years later in Sarajevo.

This time, I am devoting my article to the stupid, reckless, incompetent, corrupt even collaborating Palestinian leadership, including the late Yasser Arafat and present-day Mahmoud Abbas, and the utterly deafening silence even acquiescence of the Palestinians under occupation and in the diaspora; and how they were able, through their inaction, to enable a bunch of incompetent crooks and thieves and collaborators to take charge of what is perhaps the most noble cause of modern history — the disposition and continued exile of some 8 million Palestinians.

What must be done

The people never held Yasser Arafat or the PLO leadership accountable for their reckless criminal behavior in Amman, Jordan in 1970 that still today leaves scars and suspicion between Jordanians and Palestinians.

The people never held Yasser Arafat and the PLO leadership accountable for their reckless endangerment of Palestinians in Lebanon, when Arafat boasted that he governs Lebanon from his seat in “Fakhani”, which resulted in the Lebanese Civil war and the invasion of Lebanon; and the exile of the PLO, leaving behind a community of 300,000 at risk without jobs, without protection from the Lebanese state and denied the right to engage in or practice 35 professions; and of course we all remember the massacres of Sabra and Shatila and Tal-Zaatar and the Camp wars, when residents of camps resorted to eating cats and dogs.

Once again, the people never held Arafat or the PLO leadership accountable for the exile of 350,000 Palestinians from Kuwait after Arafat’s buddy Saddam decided to invade Kuwait. They lost everything — over $15 billion in assets, and no one was ever held accountable for.

The people talked and complained, but never took action when Arafat and Abu-Jihad decided to “abort” the First Intifada, injecting into Israel a few million of the billions lost and unaccounted for, in order to save Rabin and save Arafat and the PLO from oblivion after they sided with Saddam.

Both Arafat and Abu-Jihad were caught off guard with their pants and guns down when the First Intifada broke out with the Israeli army in the news every day, as the world watched on television — the killing, the breaking of bones, and putting entire cities under 24-hour curfew.

Arafat thought this was his chance, and it was, to save his “ass” and his looted corrupt PLO from extensions, making secret overtures to Rabin, with a deal that ended the First Intifada. (Perhaps the closest thing the Palestinians had to ending the Israeli Occupation.)

Oslo Accord, the Strategic Disaster

Arafat dispatched money and agents to take over and abort the Intifada, and with the help of Israel, dispatched two of his cohorts to Tunis, only to return with Arafat to manage his security forces under Oslo.

Of course, I should not blame only the people, but must also blame the shameless, faceless Palestinian National Council — a farce, a big Zero, selected by Arafat and his cronies masquerading as the Palestinian Parliament that never took an independent decision, never held anyone accountable for looting, nor for in-house political assassinations and murders committed within the ranks of the PLO, and never really had the backbone to represent the interests of the Palestinian people.

Arafat, desperate to fulfill his promise to Rabin, entered into secret negotiations with Israel in Oslo — sending perhaps incompetent, inept and corrupt teams of negotiators with no clue about anything, and without legal, geographical or demographic data to negotiate an agreement in Oslo — under which the PLO and Arafat returned to the Occupied Territories to manage and pay for the Israeli Occupation, while Israel continues to have military and settler control over the Palestinian territories.

In more criminal collaboration with the enemy, Yasser Arafat and Mahmoud Abbas agreed to give full, unconditional recognition to Israel, even with its undefined borders, and to declare that all resistance prior to and after Oslo would be deemed “acts of terror” against the State of Israel, with a commitment that the cohesive mission of the Palestinian security forces is to give security and comfort to the IDF and to the armed, trespassing settlers and to act as as auxiliary force to Israeli security forces, even as Israel continues with targeted killings, home demolitions, and arrest of “agitators”.

Since Oslo, over 650,000 Israelis have settled in the West Bank; over 800,000 olive trees were uprooted; and a 360-km Apartheid Wall was built, separating families from each other and separating people from their own farms, not to mention the more than 550 security checkpoints, where over 3 million Palestinians are subjected to daily humiliation.

With corruption rampant and with security chiefs running the organization like a mafia enterprise, things were bound to explode, especially in Gaza. 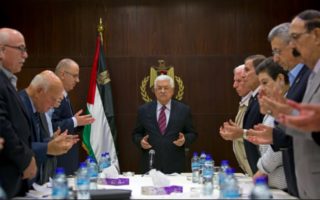 I never understood why Hamas, an organization committed to “armed resistance”, decided to enter the political arena and compete with corrupt Fatah to manage the Israeli Occupation.

Hamas leadership no less stupid and reckless like Fatah should have known better that Abbas, the US, Israel, Jordan and Egypt will never allow Hamas to govern.

It was an ambitious undertaking that backfired setting the stage for the takeover of Gaza by Hamas and the never ending political and geographical split between Hamas and Fatah.

Contrary to what the Israeli-oriented Hasbara keeps repeating, when Israel evacuated its 3,500 criminal trespassers, it designated Gaza as “enemy territory” subject to blockade and to be placed under siege, to be hit any time and at any place, and this is exactly what happened a number of times when Israel used its might the US supplied weapons to destroy Gaza, killing thousands and destroying more than 250,000 homes in its three major wars on Gaza.

Abbas and the Ramallah leadership are too content with Israel’s siege and war on Gaza, and blockade by both Israel and Egypt; that is why Abbas never bothered to visit Gaza even once, preferring to travel the world to enjoy five-star hotels, red carpets, shopping sprees, while perhaps generating some business deals for his cohorts, since there is no business to be gained inside Gaza.

Hamas is content with its “control” over Gaza keeping its cadre busy, generating income from the “tunnel” business and from what it gets from countries like Iran; and it too is not in a hurry to give up everything and hand over control to Abbas and Fatah.

Ramallah, as anyone who visited the city notes, is a booming town, with high-rises and high-class business and residential towers, a thriving nightlife, and restaurants generously funded and supported by the many corrupt officials who frequent the bars and restaurants.

Ministers, current and former, perhaps counting over 300 since Oslo, enjoy a lifetime salary, with present ministers enjoying cars, domestic servants, more than dozen guards, an SUV, VIP passes to travel to Tel Aviv for dinner and entertainment — while millions of Palestinians have to wait hours, if not days, in total humiliation at Israeli checkpoints.

The NGOs also experience a bonanza, with hundred of millions given by donor countries for ‘research and studies”; generating damn good incomes for the founding members and the staff, but never with a mission to advocate for the Palestinian people nor to develop a blueprint for ending the occupation.

Business is also experiencing a boom in construction and in deals with the manufacturer in settlements, while officially professing to support the BDS movements and with Palestinian businessmen investing over $2.5 billion in commercial enterprises in the Israeli settlements. Ramallah is living, while everyone is dying.

I have to conclude my article by posing a question.

How can the Palestinians ever expect to end the Israeli Occupation, while not challenging and throwing this leadership out, a leadership that has been neglecting Israel for over 22 years, giving away everything except its role as manager and financial contributor to the continued occupation, which has saved Israel over $50 billion since Oslo.

How can the people in exile from Jaffa, Haifa, Acre, Lod and Ramleh among other towns and cities ever expect to go back when they keep giving an excuse to such incompetent, corrupt collaborating leadership?

There will never be a Palestine while the Palestinian people remain spinning their wheels and lamenting their misfortune and not taking action to change history.

They will have to wait for Moses to comeback.

My best recommendation is to forget the two state solution — it will never happen. And even if it were to happen, it would be a Mafiosa police state.

Salam/Shalom/Peace. Until next Nakba and next year.