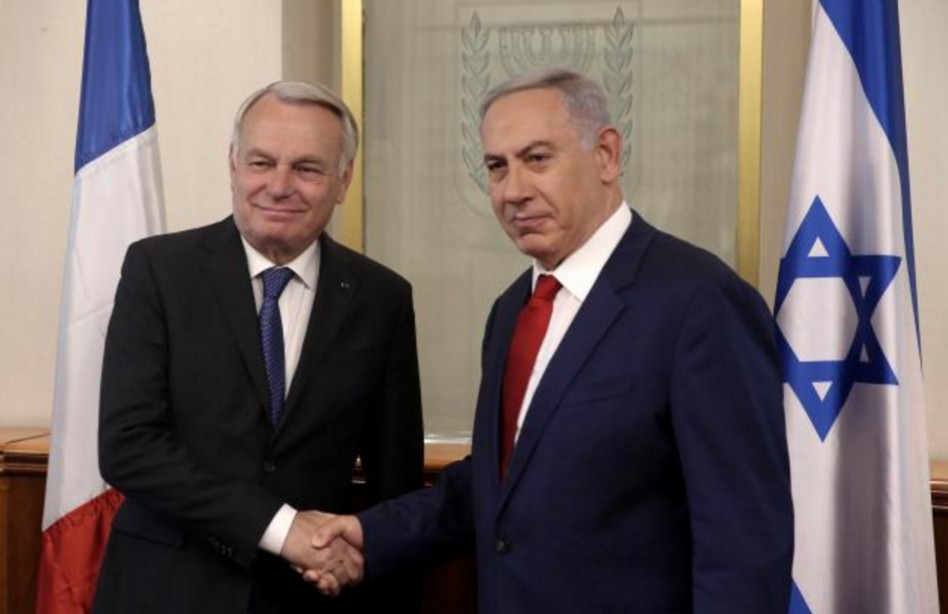 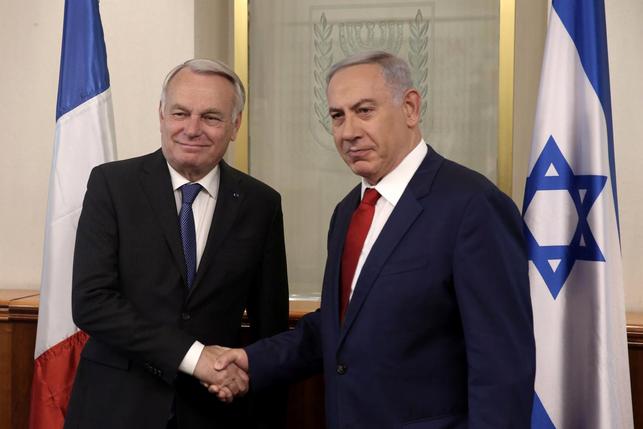 Israeli Prime Minister Benjamin Netanyahu (L) shakes hands with French Foreign Minister Jean-Marc Ayrault on May 15, 2016 during a meeting at the Prime Minister’s office in Jerusalem.
–
JERUSALEM … by JEFFREY HELLER
–
–
Prime Minister Benjamin Netanyahu told France’s foreign minister on Sunday that Israel remained opposed to a French initiative for an international conference to try to revive peace talks. Palestinians welcomed the proposal but Israel is concerned that the conference that France seeks to hold in the autumn would try to dictate terms for a peace deal.

In public remarks to his cabinet after meeting France’s Jean-Marc Ayrault, Netanyahu said: “I told him the only way to advance genuine peace between us and the Palestinians is through direct negotiations between us and them, without preconditions.”

Israel made the same argument in the formal response it gave last month. France hopes an international conference would set out a framework for peace negotiations, after U.S. efforts to broker a two-state deal collapsed in April 2014.

“I know that Netanyahu does not agree (to the French proposal),” Ayrault told reporters after his talks with the Israeli leader in Jerusalem and a meeting with Palestinian President Mahmoud Abbas in the occupied West Bank.