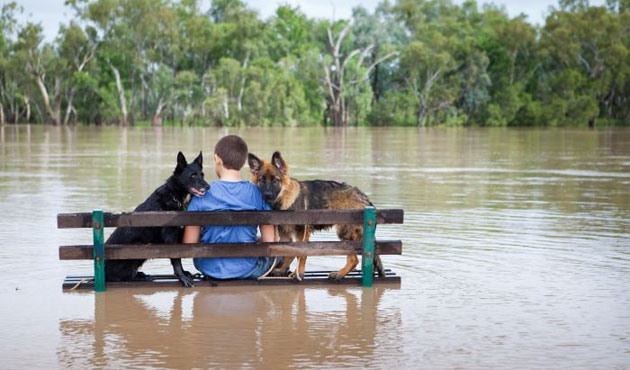 [ Editor’s Note: Brother Butler takes us into the belly of the beast, as Macedonia finds itself in the crosshairs of the “Soros and other’s” color revolution craze.

Add to that the horrible EU abuse of the southern refugee axis and economically stressed countries in having not provided them anywhere close to what was needed to protect the EU from the flood of immigrants unleashed on it by Turkey, as part of its ploy to get into the EU by hook or by crook.

I sometimes wonder if Soros could ever be classified as a social terrorist.

Don’t laugh — while we are all familiar with those who would love to stuff Sharia law down our throats and a few considering that an improvement in their lives, we have Brother Soros wanting to stuff a “Soros law” down our throats via his NGO jihadis, and he is treated with esteem rather than contempt. What’s up with that?

We know that for all those who refuse to bow down, the extremist jihadis coming to visit is the next step, either the real ones or those hired by Western Intel to pretend to be them while they are blowing things up and gathering souls for Allah. Gosh, what’s not to love about that? …Jim W. Dean ] 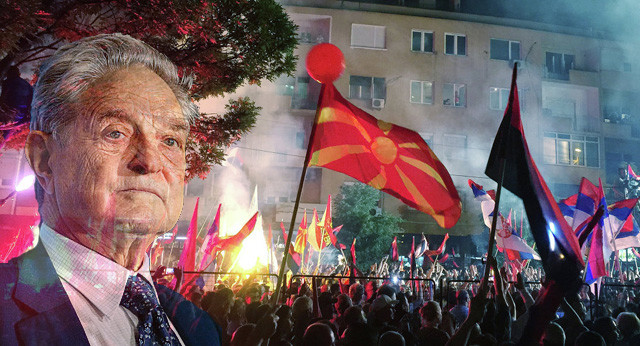 Skopje, Macedonia is in upheaval, the latest target for crisis management, and regime change in Europe. Thousands have taken to the streets in dissent over President Gjorge Ivanov’s recent pardons for some officials. As we’ve seen in Ukraine and elsewhere, the old Cold War game continues.

A nation in at the apex of a west versus east crisis may soon fight, not for freedom, but to become yet another pawn in a deadly game. The astute reader will not be surprised to find familiar faces in the crowd surrounding a government in turmoil. Macedonians are being led into a maelstrom the country may never recover from. Here’s another look at how the United States and her allies have rigged the chess board.

Finding the logos of George Soros’ Open Society Foundations Macedonia, and that of USAID on the same page should come as no surprise to anyone studying world chaos these days. Both entities work hand in hand offering grants, in order to buy a new legion of “like minded” students and future leaders of Macedonia.

The Project for Civil Society Macedonia stands as testament, to the system Soros and his colleagues have set in place in all the former Soviet republics. If Soros’ Open Society Foundations cannot be accused of overt bribery, then “buying” the love of the people of these nations can certainly be proved.

Through initiatives and partnerships like that of the Youth Educational Forum (YEF), Soros’ policy building in Macedonia mirrors those I’ve already covered in Latvia, Georgia, and the efforts in Libya. It is from grass roots societal manipulation that we see youth supporting further Americanization, when decades of EU and western influence have brought Macedonia nothing. The country’s Gross National Income remains contact, as one of the lowest in all Europe and Asia developing countries.

Cutting to the chase, once again Soros and the US State Department are in up to their necks controlling regimes. President Gjorge Ivanov’s lean toward Moscow is at the heart of the current mess in Macedonia, and an EU needing allies in the refugee mess has made this an opportune time to seal Macedonia’s fate.

This letter dated 14 April, from 84 organizations led by Open Society Foundations to European Commission President Jean-Claude Juncker, it screams subversion in my mind. Ramadan Ramadani, Board member of the Foundation Open Society is at the forefront of the movement, and the list of partners of Soros’ organization is extensive and deep seeded, just as in other crisis countries.

The protesters outside the halls of Macedonian government were in effect, sent there by the listed partners of Soros’ Macedonian effort. The list includes; The US Agency for International Development – USAID, the EU Mission in Macedonia, the Swiss Agency for Development and Cooperation – SDC, the Pestalozzi Children’s Foundation – Switzerland, the Roma Education Fund- Hungary, and the Institute for European Politics in Berlin.

Once again we find the co-conspirators mixed in with the unwitting beneficiaries of Soros’ funding network. Like the hedge funds Soros made his billions off of, these “open society” change networks are seed funded by Soros, then bigger investors and partners take up the funding load.

The organization makes no bones about the “self-sustainable phase” each project is set to achieve.

It is interesting and a bit damning, that the Macedonia contingent of Soros-USAID efforts is perhaps more unwittingly revealing than other operations. Maybe this is on account of the language barrier insulating the organization?

Quoting from the foundations “media” page, I know you’ll recognize familiar tenants. The main goal of the media aspect aims:

In conclusion, the structure, strength, backing, and completeness of the NGO-Corporate-Governmental levers being pulled by the US State Department, the UK Embassy, Soros and other constituents, renders relatively helpless any true form of free democracy in this region.

Whether or not President Gjorge Ivanov’s pardoning of election officials under scrutiny was sound, is a less important feature for Macedonians, than the far wider conspiracy to control citizens and society. Soros operations, USAID operations, operating under the guise of philanthropy and altruism, they are Machiavellian to the extreme.

As I’ve already shown in other examples, NGOs and the US hegemony are playing a very dirty game of domination here. I would caution the people of Macedonia to at least investigate my contentions here.