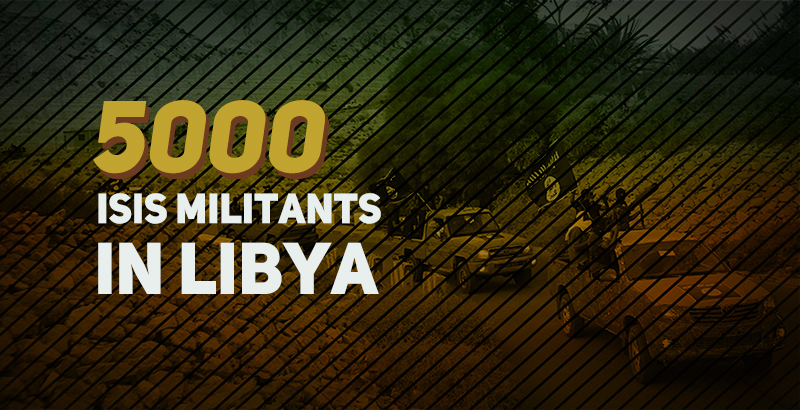 While the situation remains tense for the Islamic State at the Syria-Iraq battlespace, the group continues attempts to expand its influence in different regions of the world. Especially dangerous, the situation looks in Libya. The air campaign of the US, France and Egypt haven’t prevented the group’s’ expansion in the country. Furthermore, ISIS conducts cross-border attacks. More than 50 people were killed in clashes against ISIS militants in Tunis’ border town of Ben Guerdane in March.

Meanwhile, ISIS is advancing near Libya’s city of Misrata. With a population of about 500,000, it’s the third-largest city in Libya, after Tripoli and Benghazi. In early May, ISIS took over the Abu Grein crossroads and seized the strategic settlements at the city’s first line of defence: Abu Grain, Baghla, Zamzam, and Abu Najaym. The group’s militants regularly venture across the main road leading south from Misrata, and have carried out raids and attacks in the area, including against checkpoints manned by brigades from Misrata. Sources in Misrata report that 7 fighters of the Central Shield Force of Libya were killed and 105 injured in the clashes with ISIS. These numbers are downplayed, definitely.

The very same time, ISIS is expanding to the West, cutting off logistic communications and seizing some ports. The recent developments sparked concern in the neighboring countries. Egypt and Algeria are strengthening the border security with Libya and expanding intelligence in Tripoli and Bengazi.

There are only few of pre-conditions that allow ISIS to be successful in Libya:

ISIS has increased its influence in Libya last year, significantly. If the Libyan local groups aren’t able to find a compromise over the strategy to oppose this threat, we will see how the Iraq-like story of the group’s expansion repeats in the African country.